Duqueine Engineering was only until recently known essentially to French endurance fans. Three races into the European Le Mans Series Championship, they nearly won the 4 Hours of the Red Bull Ring and were able to stand up to the ever dominant United Autosport Ligiers.

DSC met Yann Belhomme, team manager of Duqueine Engineering and discussed the team’s achievements and plans for the year ahead.

Yann, let’s go back to the very early days of this team. How was Duqueine Engineering founded?

“It was just a few years ago. I was an engineer who wanted to create a team. I bumped into a professional driver and successful businessman [in Aeronautics] named Gilles Duqueine, who also wanted to create a team. We spent some time talking about that project until we thought we could build our projects together. So we created ‘Duqueine Engineering’ in 2014 and located the team in Alès [southeast France] near the local permanent racetrack.

“Some two and a half years later, we’re a small family with approximately 20 employees.”

Duqueine Engineering is involved in several activities. What are they?

“Indeed, we have essentially three activities. First, we have a racing team handling three LMP3 cars running in the ELMS [the third car is used for spare parts] and two Renault RS01s in the related trophy. We also raced in the VdeV championship earlier in the year [winning in Barcelona] and in what used to be the French GT Tour [where they also won the first and last race of the season at Nogaro]. 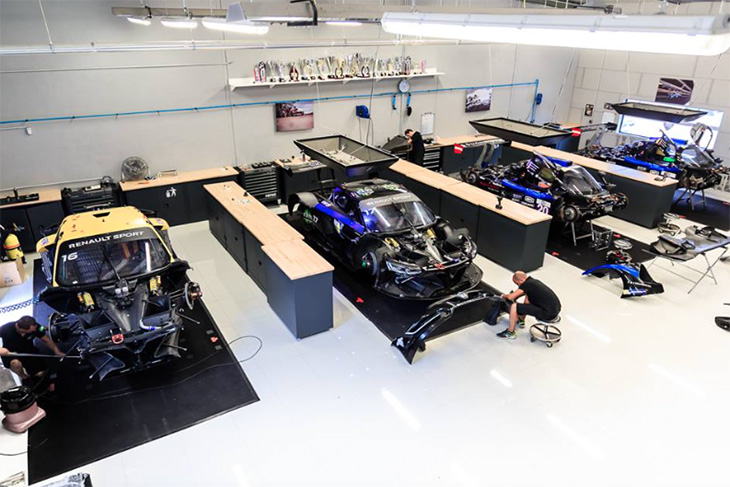 “We recently sold our last Ferrari F458 and are no longer involved in GT racing. Our second activity is the production of wiring harness leads and sensors, which are used in GP2s, GP3s and V8 stock cars running in Brazil. Some of the parts we manufacture are also used in the Ligier JSP3s.

“Our final activity is a training center for professional drivers. We don’t dispense long-duration trainings… it’s not a school. What we provide is a few days of coaching, during which the driver is first trained on a simulator and then released in a racecar on track.”

Have you been using this training center for your own ELMS drivers?

“Absolutely. People have noticed how good our drivers were at the Red Bull Ring. Well, David Halliday for instance covered close to 190 laps on our simulator before heading out to the actual track [As a comparison, the winner of the LMP3 class drove 151 laps during the 4 Hours of the Red Bull Ring]. That has most definitely helped us in being best prepared.”

Are you happy with the race results achieved by Duqueine Engineering in the ELMS so far?

“Yes, but there is definitely room for improvement. Let’s not forget that we’re managing a young team here. We could have realistically won two races this season. I’m a man who likes the rules to be strictly applied, so I had to recognize that we made a mistake at the Red Bull Ring [the team lost its class win to United Autosport after failing to observe the minimum reference time]. 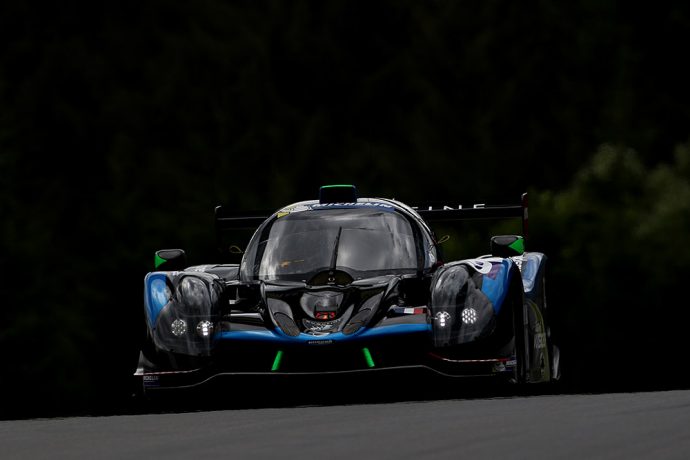 “I personally went with our trophies to United Autosport’s pits and handed them in. You know, we enjoyed drinking that champagne on the podium… We’re humble, but our objective now to is to be able to taste it at every race as winners.”

“We’re extremely pleased with the ELMS Championship. Race events are extremely well organized, and competition is fierce. We have no intention of leaving. But we’re considering expanding on two other continents. First, there’s Asia, where would be competing in the Asian Le Mans Series as soon as next season.

“Then, there’s the US. IMSA regulations might end up accepting LMP3 cars, and in that case, we would definitely be interested [This interview was done a few days before Scott Atherton announced the introduction of LMP3 cars in the IMSA Prototype Challenge].”

Winning the Asian Le Mans championship would imply having a slot in LMP2 in the 24 Hours of Le Mans. Is that a category you’re interested in?

“We’re still at the stage of building the foundations of our team. I have seen many teams grow fast and then collapse. I don’t want us to follow that path. If we have the right financial backing for it, then we will do it for sure, but this is clearly not how we’re positioning ourselves right now. We’re focused on the LMP3 category.

“My reference in that respect may be Fred Vasseur and his GP2 team ART Grand Prix. He took nearly ten years to make the move from F3 to GP2. But look at where they are today. They’re a reference. That’s a bit like how I see ourselves proceeding.”

Will you keep on racing Renault RS01s?

“That cup is very well organized. It has great potential, but it deserves more contenders. That car is simply fabulous. The other day, Romain Dumas [a native of the city of Alès and a very good friend of Belhomme] tested it. He could not believe how good it was. So by all means yes, we will remain in that competition.”