Lawrence Tomlinson has been in charge of Ginetta for just over a decade now, expanding the business into a powerhouse of club, national, and international motorsport from their Garforth, Yorkshire base.

It’s been a decade of huge and very positive change for a company that now has a global customer base, an alumni of success in many areas of the sport and a still growing product range.

So time then to catch up with the boss, here’s part one of a two part interview looking back on that first decade, and in particular the early steps from a tiny organisation, keeping the flickering light of the brand alive with Martin Phaff:

“Martin did a good job of keeping Ginetta going in some very trying circumstances, keeping the brand alive but with his health challenges it was time for him to consider who was going to be the next custodian of the brand.

“There have only ever been three owners of Ginetta since 1958, the Walkett Brothers who established the company, Martin and his investors, and now LNT Group.

“With any company of this significance and history you really do feel a custodian rather than an owner.

“When we took over the company Ginetta were really only producing one car, the G20, which was used for the then Junior and Junior coupe cars too. He’d done his very best with a very restricted budget.

“We, meanwhile, were transitioning our race programmes from TVR to Panoz and obviously had much bigger aspirations than Ginetta would have been able to deliver at that point. 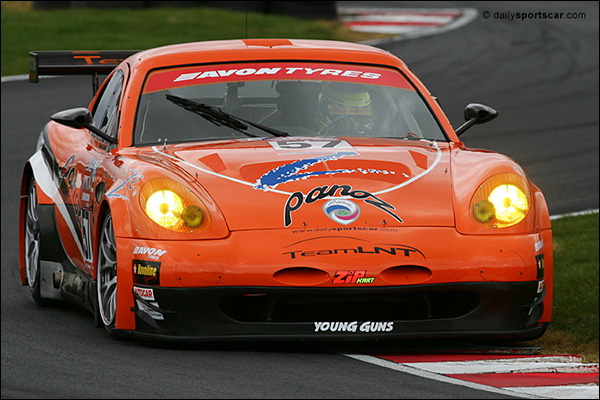 “But business is, in my mind, a process of looking at opportunities, and of potential, that was where Ginetta lay in my mind when we looked at the options, potential.”

Beyond the new cars, and the very new look to the brand, in the past ten years what would you say are the biggest successes of LNT’s time in charge?

“Without a doubt for me it has been the growth of our own Championships, the Ginetta Junior Championship in particular which I believe is the most successful Junior Championship in the world. It’s also now been ranked as the second most popular national series in the UK behind the BTCC for viewers and fans o not only is it doing well commercially, not only is it providing a real stream of talent for the sport, but it’s providing great entertainment too!

“The big success for us though is taking the Juniors, and beyond that all sorts of drivers of pretty much any age, and bringing them into motorsport and letting them progress their careers, and their interest, however they want to do it. 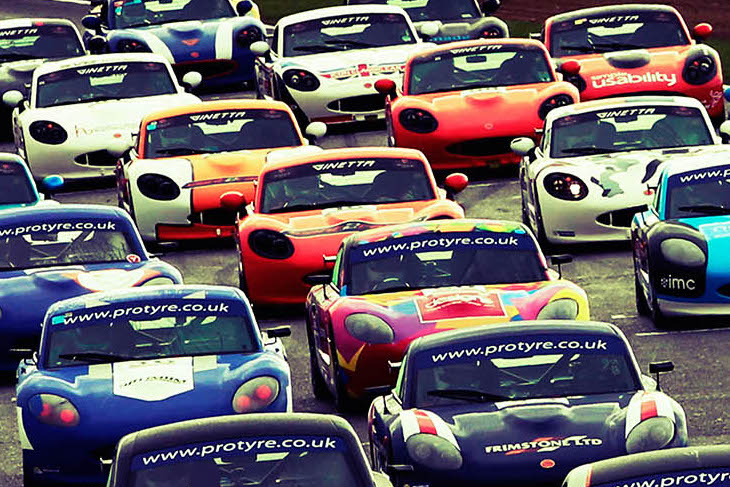 “For some it’s getting into a race car, for others racing at Silverstone might be on their bucket list, whether they are 15 or 65 years old we have a way for that to happen for them. as teenager in Ginetta Juniors, and later in life, as a total novice, with Ginetta Racing Drivers Club.

“In the case of some of our customers we have guys who never knew how to get their race license that have now progressed to GT4, GT3 and elsewhere.

“Guys like Lee Mowle (GT3) and Tony Hughes (BTCC), it’s been a big success for UK and European motorsport with the decade seeing hundreds and hundreds of people come through and go on to race in the sport in all sorts of different cars and series.

“We aren’t precious about people starting out in a Ginetta and progressing – like Lee in the BMW GT3 for instance. We’re still the best of friends.

“Tony Hughes started out in the G20 and ended up backing Tom Ingram in the Speedworks BTCC cars.

“In Formula Renault we have (ex Ginetta Junior racer) Lando Norris going very well. Seb Morris and Rick Parfitt Jr in the Bentley in British GT. Look at so many of the grids, particularly in the UK, and there are people there, often in numbers, that have come through Ginettas.

“Adam Morgan, Hunter Abbott, Rob Austin in BTCC too, and the British GT grid, it does make you wonder as we came through the troubled times of the recession, where the sport might have been without Ginetta keeping feeding people in and through.

“So the quick answer is that I feel my biggest success with Ginetta is making sure that British motorsport was continuing to thrive with people coming in at a grassroots level and continuing to expand to where they wanted to be whether it was still in a Ginetta or in a Lamborghini, Aston Martin or something else.”

In terms of the cars you’ve had success there too, with the G40, G50 and now G55, plus, of course the more recent prototypes. The numbers must be pretty impressive by now? 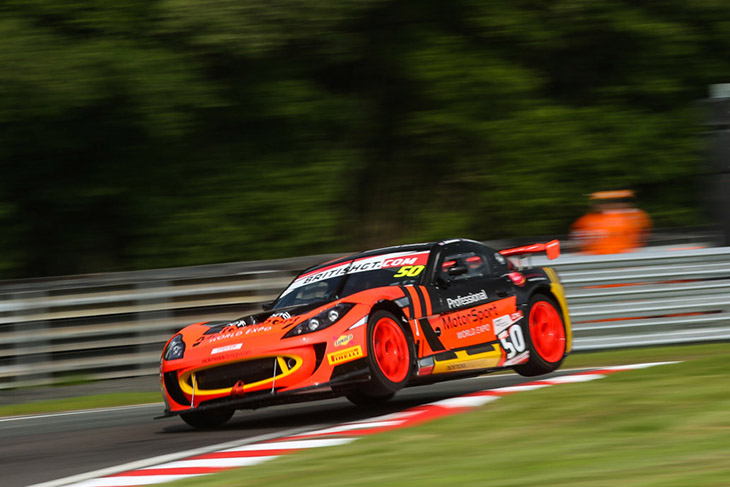 “The G40 Junior, GRDC G40 and G50 are very popular too, the drivers love the cars and sales are still very good.”

What do you think about the future of GT4, it’s looking set to be a big growth market?

“Well I hope so, and if it hadn’t have been for the G50 you have to wonder whether the GT4 idea would have actually succeeded. We worked very closely with Stephane (Ratel) in British GT and in European GT4 as well to underwrite the early grids.

“Now IMSA are expanding into GT4 and they too ought to consider having the Ginetta racing there as the Grandfather of all of the current GT4s. It’s certainly the car that everything is benchmarked against. the G50s an G55s are racing everywhere, on every continent except Antarctica!”

The G40 and the G55 are GT race cars, there is, of course the G40R road car but where do you stand currently on seeing a Ginetta product for the road beyond that?

“But if it is part of an overall strategy to increase the numbers of people overall on the grid and you are making a net positive contribution with a large proportion of the people coming into the series coming via the training methods and opportunities that Ginetta have brought to the marketplace then I think it’s only right that someone who is supplying and running a successful, and useful, one-make championship is homologated accordingly. 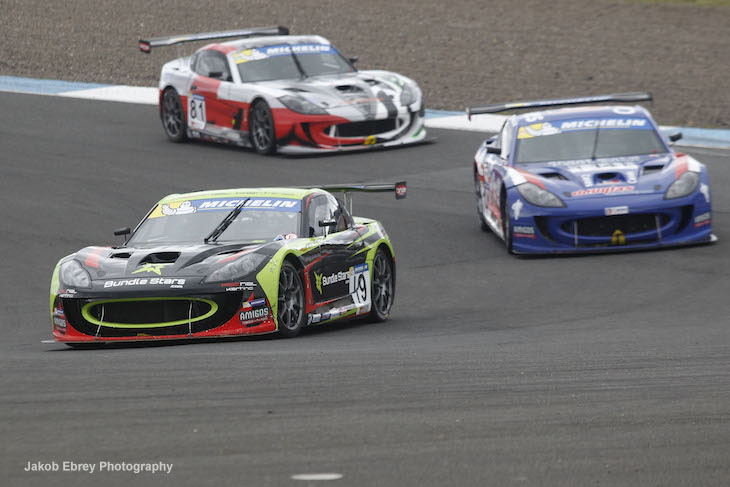 “So if you have a one-make series, properly run with hundreds of cars out there and a steady flow of drivers and teams filtering into GT racing, then it seems to me that it in the sport’s interests to encourage that organisation higher up the chain.”

And is the G55 GT3 an expansion of the same point?

“What we used to have, which I think we now lack out there, is diversity. Sure you have a Lamborghini, but that’s derived from the Audi, and you have a Bentley, and a Porsche, all VAG models. That gives you massive exposure, whether it be in GT4 or GT3, to the fortunes of one group, or to Ferrari.

“We used to have real difference, and really exciting cars like the TVRs (Team LNT took the first ever international race victory for the marque at Spa in 2005), Panoz (for who LNT won at Le Mans in 2006), Spyker, Morgans – real garagistes that the fans utterly adored.

“When we finished Le Mans in 2004 with the TVR we were literally carried off by the fans for a barbecue! 10,000 people there just to see those two cars! In the Panoz years so many people came and told us just how much they loved to hear the Esperante GTLM, it is a fantastic sounding car, and it’s very different from whatever else was out there.

“In sportscar racing we do need that difference, not all based on overwhelmingly a single, or a very small number, of platforms. There is a place for the smaller builder.

“So why not let people enjoy the spectacle, because the cars are all performance balanced anyway!

“That’s not to say that you can be allowed to make a ‘special’ There has to be some kind of restriction. But really it is sensible, and fair to have a Ginetta GT3 car, and its sensible, and fair, when you have been there since the very start of GT4 to have those rights maintained.” 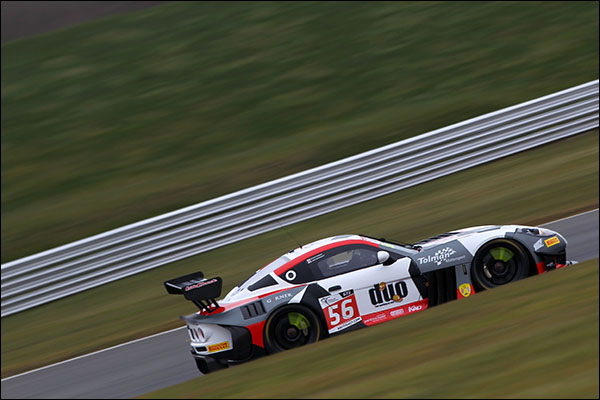 On road cars specifically. Is it simply the cost of homologation that gets in the way?

“To develop a new road car with current EU legislation you are talking millions of pounds, it is hugely restrictive and complex. Where do you think the next low volume sportscar is going to come from?

“Companies like Lotus, with a well developed factory, a well respected and well developed product range, are really struggling. Thankfully doing better than they were a little while ago but still finding the going really very tough. If you were trying to do what they do from scratch, with a new factory, and a new car, you are going to have to invest a massive amount of money with absolutely no guarantee of success.

“I wish TVR all the luck in the world doing just that, it is going to be very tough, I would love to see them succeed.

“For Ginetta, we took over the G60 project, the car previously known as the Farbio. Despite the fact the previous owners of the project had sunk a huge amount of money into developing the car it was very difficult for us to break into the market, a very difficulty for us to build the car with the current regulations.

“Our objective is to look at low volume Type Approval, trying to get the volume of our street cars up as new product is developed.”

Does your background as an entrepreneur suit the type of business that Ginetta has become?

“I think the key is to have a plan – We had a plan when we first invested, I envisaged that with sensible investment and expansion we could get to profitability by year 10. Obviously right in the middle of that the banks made a complete a*** of the whole world from 2008 to 2012.

“Without that recession we’d have developed a Ginetta road car, in fact we were doing just that, we had a number of G50 road cars that were out and about testing and the G50 electric car (sampled by the DSC Ed at Oulton Park). With the uncertainty and chaos that prevailed we took the sensible decision to consolidate on our core capabilities of running our race series, producing great fun, great value for money cars and getting through it – That decision served us very well I believe.

“Our niche is always going to be a race car for the road, can we ever get up to the required volumes for full homologation? We’ll see!”

Part 2, looking at Ginetta’s move into the prototype arena, will follow in the next couple of days