After finishing 1-2 in the classification during the morning’s Collective Test, Neel Jani powered the #2 Porsche 919 to the top of the timing screens with a 1:25.810 lap ahead of the sister #1 car which was just 0.248 back after Brendon Hartley’s best time with over an hour left to run in the session.

Behind the two Porsches was the #8 Audi to round out the top three after a 1:26.520, with the #5 Toyota fourth and the #7 Audi fifth. The Audi briefly ran fastest during the early laps, though the times tumbled as the track dried out from the rain shower prior to the session.

Rebellion’s single car once again ran quickest in LMP1-L, eight tenths quicker than the ByKolles CLM and 5.1 back from the fastest hybrid. 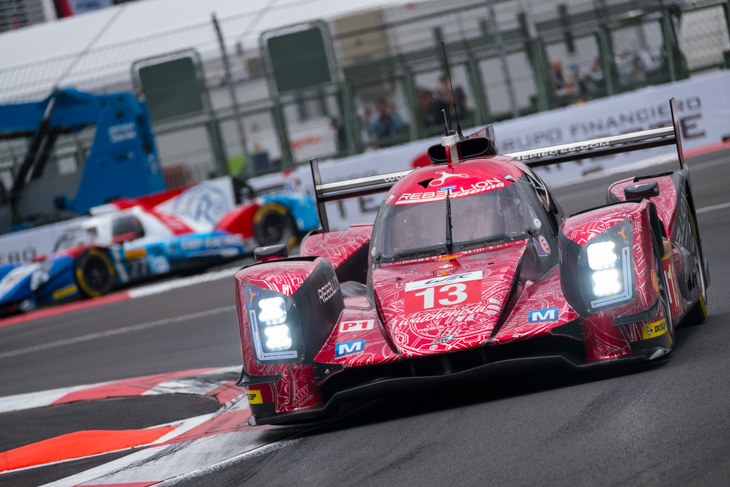 LMP2 was led by RGR Sport’s Ligier which set a 1:35.507 during Filipe Albuquerque’s stint in the car. The remaining two spots in the top three were completed by the fastest two cars in FP1 – the G-Drive Racing and Manor Orecas. Just outside the top three was the Baxi DC Alpine which for a time held the top spot when Ho Ping Tung managed a 1:36.445 midway through the session.

Elsewhere in the class, the only Red Flag period in the session came at the very end when Victor Shaitair stopped out on track in the final minutes.

This time round GTE Pro was headed by Aston Martin’s two Vantages, Nicki Thiim the quickest of the four drivers in the cars. The Dane’s best in the #95 was a 1:40.477, while Stanaway’s was marginally slower; a 1:40.549. The #51 AF Corse 488 of Gianmaria Bruni and James Calado rounded out the top three.

The Porsche teams were once again the class of the Am runners, with the Gulf Racing 911 leading the entry from Abu-Dhabi Proton Racing. The best lap of the three drivers in the British team’s Porsche was Ben Barker, who set a 1:42.321. The highest placed non-Porsche as the #98 Aston which Mathias Lauda steered to a 1:42.711.

Further down the order, the championship-leading AF Corse Ferrari once again struggled for raw pace, finishing the day’s running with a best time of 1:43.173, almost a second off the Gulf car. The team were having to make up for lost opportunities to set quick times in FP1 when the car had an engine issue which meant it was down on power.

The final Free Practice session is to be held tomorrow at 10:00am tomorrow local time in Mexico.