Acura, as expected have today confirmed a dual North American racing programme for its new NSX GT3 at a press conference at the Circuit of the Americas.

There will be factory supported programmes in both the IMSA WeatherTech SportsCar Championship GTD class with Michael Shank Racing and Pirelli World Challenge with RealTime Racing.

Each effort will field a pair of NSX GT3s, the debut for the programme coming with the Rolex 24 Hours at Daytona rather than a late 2016 PWC run. 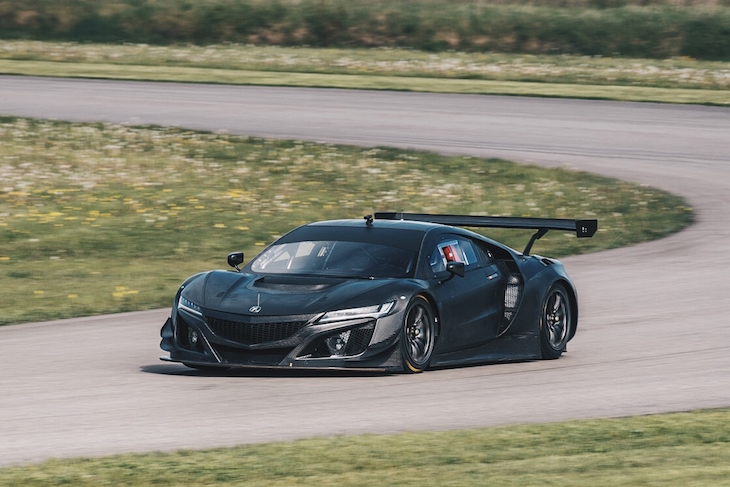 Driver announcements are set to come next month with a mix of existing talent from both teams bolstered by additions from elsewhere. Notably, Michael Shank announced at the conference that longtime partner and driver John Pew has made the personal decision not be a part of the effort moving forward.

“Sadly this will end our relationship with John Pew, who will be racing elsewhere next season,” said Shank. “I owe John a great thanks for his years in our program and I’m very grateful for his time with us.”

Shank told that there are three firm drivers in place for his side of the programme, though the team will need a total of eight drivers, four for the full season and an extra four for the endurance races.

“I’ve worked 14 years for this and I’m not gonna blow it,” Shank stated. “To say that we’re thrilled to be a part of the Acura Motorsports program in 2017 would be a massive understatement. We first started working with HPD a few years ago in our prototype program and have enjoyed the relationship. This is a huge step forward in the development of our team, and we’re looking forward to continuing working with HPD to add to Acura’s history of success in North American endurance racing.”

“Since Acura became a brand in 1986, every year except for two we’ve had a motorsports program,” Steve Eriksen, VP and COO of HPD added. “That is something we are quite proud of. Both the chassis and engine are made in Ohio, which happens to be the same state that Michael and his team is based. The engine, which was designed from the beginning as a race engine will be built in our new facility and the same guys building street engines build the race engines.”

Eiksen stressed that the car will be thoroughly tested before the GT3 homologation test and will be ready to go for the IMSA tests later this year.