IMSA qualifying at COTA, which took place immediately after the Continental Tires Challenge Race, was held under hot and slick conditions. As such, the times were slower than seen earlier in the day in practice session 3.

With 3 minutes to go in the session, Taylor pitted his WTR Corvette, leaving it to the others to try to beat him. They did not. “I wish we could have had some more pole positions this year. The guys definitely gave me a great car all season. I’m sick of those Mazdas on pole, so it’s nice to get one for the Corvette. It wasn’t a perfect lap. The track was very different from the other sessions. You gained a little bit in one place, lose a little in another. I’m not sure if it was the same for everybody, but I’m just really excited we got a bunch of Konica Minolta and DLL people here this weekend, so I’m glad to do it for them. Hopefully, we can do the same thing tomorrow.”

Eric Curran briefly had the Whelen/Action Express Corvette 3rd quickest late in the session, but Joel Miller was able push through again to keep the Mazda 2-3 intact.

Based upon the earlier sessions, it was expected that the GTLM qualifying would come down to a Ford – Ferrari shoot out. And that is in fact what it ended up. 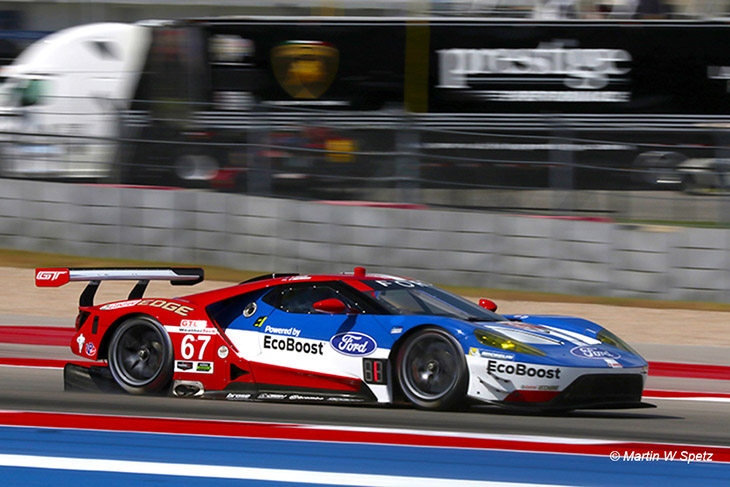 For Ryan Briscoe, the Ford GT was “about as I had expected. The track was definitely slower than earlier. We tested here last week and I think that played a huge part in unloading with a couple of good race cars. It’s a difficult track, conditions change all the time. Testing has helped us a lot. Our cars have been good. It’s been consistent. But it’s a long race tomorrow. A lot is going to happen. If it’s like other races in this series, anything can happen. There are a lot of guys pushing hard for their result as well. It’s going to be a good race. This track lends itself to a lot of passing zones, but it’s going to be hot. And it’s good to be on the pole, we’re going to try and run strong all day and stay out front.”

As expected with a spec series, the PC class was quite competitive – much more than the other classes anyway. Pole went to Robert Alon in the PR1/Mathiasen entry, getting down to a 2:01.847, the only car in the session to break into the 2:01 range. 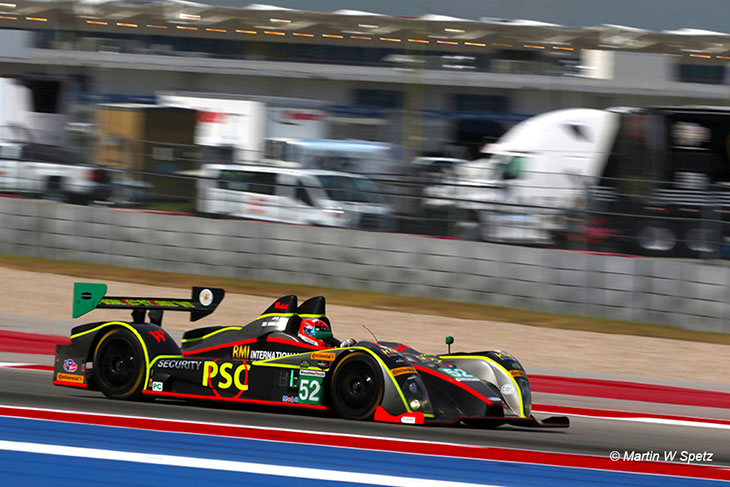 First blood went to Jose Guiterez for Starworks with a 2:02.661, eventually achieving a second best 2:02.271. Alex Popow continued the good news for Alex Barron and his Starworks team, taking 3rd best, followed by Matt McMurry, who shortly led the class with a 2:02.600 before getting down to 2:02.305.

The session ended early with Don Yount into the kitty litter with 3 minutes to go in the 15 minute session.

Until Alon broke thru, the class was very tight, with .003 seconds separating the Starworks cars and McMurry only .031 seconds back for BAR1.

A very hot and sweaty Alon commented, “that was a really hot session. I can’t imagine how bad it is going to be tomorrow in the race. For us, I think the biggest thing is coming out and testing beforehand so we had a bit of a leg up. Keeping the car within the limits was key today. It was very easy to overdrive the car with the heat. It was also about keeping a clean lap.

About the race tomorrow, Alon continued, “seeing how practice went with all the GT cars taking up the whole track and not letting us through, it’s going to be a big challenge to get through them. With their cooperation, it shouldn’t be that big of a deal, but we’ll need their help. Part of the problem is that we can’t take advantage of our torque advantage coming out of the corners – the car is constantly on traction control and it really hurts us in trying to pass the GT cars down the straights.”

In GTD, qualifying was pretty much short and sweet, Alex Riberas drove the Team Seattle/Alex Job Porsche to what looked to be an easy pole.

When Alex took to the track, he immediately went to the head of the class, being the first one to get into the 2:09s and then the first into the 2:08, ultimately getting down to a 2:08.568. The next closest was Lawson Aschenbach, who was the only other competitor to get into the 2:08s. His best time in the Stevenson Audi R8 was a 2:08.944. 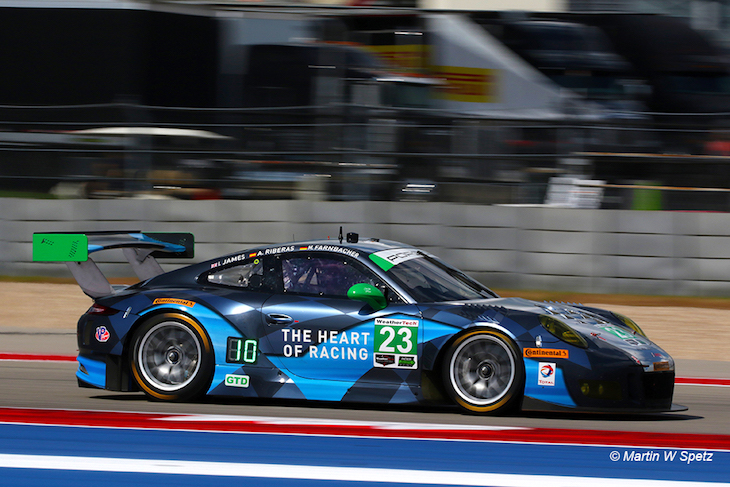 After the session, a happy Alex said, “I really appreciate what the Heart Of Racing crew and Alex Job did today. It was a magnificent effort from the team to get the car setup for qualifying today. We were struggling with the pace yesterday. Today we were happy, I set the fastest pace in free practice, but we knew it was going to be hot and not really know what to expect. The guys did a great job preparing for that and now we are in a great position for tomorrow with the race. The conditions changed massively. I had a problem with the dash so I was really driving blind. I know if I saw the reference laps from the morning I would have thought I was driving so slowly.”