The new-for-2017 Ligier JS P217 was unveiled in the Spa paddock this evening by Jacques Nicolet and Onroak Automotive’s Le Mans Site Director at their Le Mans production facility Sebastien Metz in front of more or less the whole ELMS paddock. 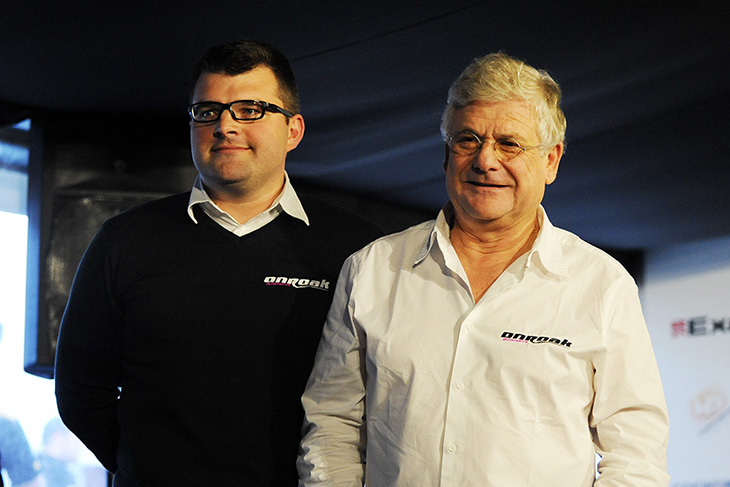 The dark blue liveried launch car came straight to Spa from three overnight tests at Magny Cours with many miles accrued both for the chassis and, in its first track running, the new ‘spec’ Gibson V8 engine. 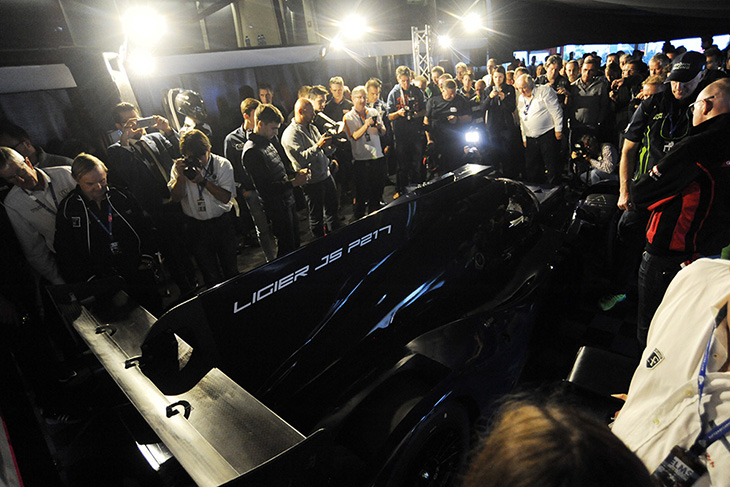 Olivier Pla, Pipo Derani and Julien Canal have been the test drivers thus far, with Canal filling the vital role of assessing the new car from the Gentleman driver’s perspective. 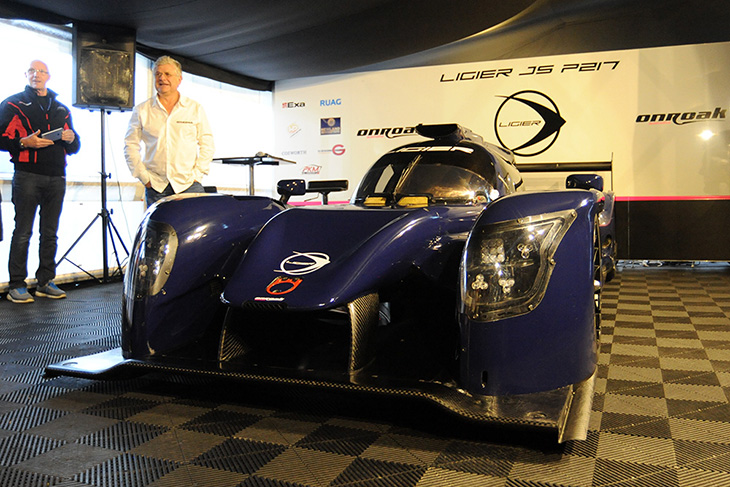 The tests presented no major issues.

This car will now move on to test at other European tracks before being shipped to North America for further testing later this year.

Testing is being undertaken on Dunlop, Michelin and Continental rubber. 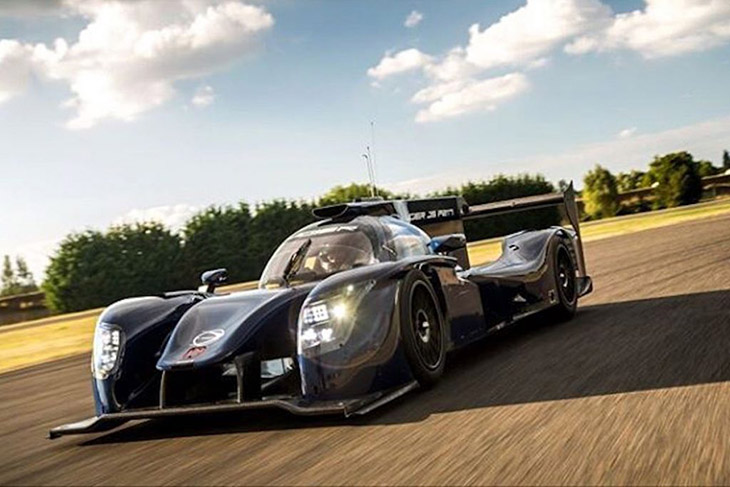 Already confirmed by DSC as Ligier JS P217 customers are:

ELMS: Panis Barthez, Tockwith Motorsport and another, yet to be announced ELMS team

FIA WEC: believed likely to be a two-car effort for RGR Sport