DragonSpeed continued to show strong pace in Saturday morning’s FP2 session for the European Le Mans Series 4 Hours of Spa. The #21 Oreca LMP2 set a time of 2:07.856 to go fastest, ahead of the #33 Eurasia Oreca and #23 Panis-Barthez Ligier.

In LMP3, it was United Autosports at the top once again, but this time the #3, not the #2 headed the class, going around in 2:15.969. The sister #2 car was second-fastest, with the #9 Graff Racing Ligier completing the top three.

In GTE, Porsche Junior Matteo Cairoli went fastest in the #88 Proton Competition car, ahead of the #51 AF Corse Ferrari and #99 Beechdean Aston Martin. 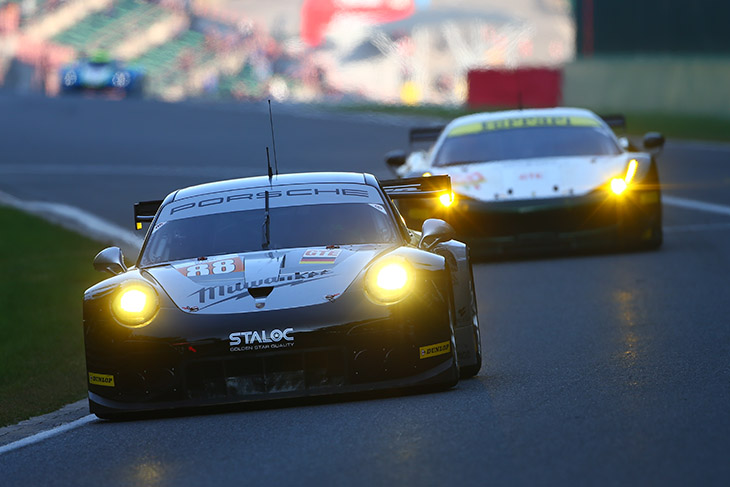 The one major incident of the session was an off for Laurens Vanthoor in the WRT Ligier, resulting in heavy front-end damage. Vanthoor blamed a stuck throttle for the incident.