No less than eight Ginetta G57s competed in Magny-Cours this weekend. As expected, the British cars occupied the front row of the grid, with Tomlinson/Simpson in the #57 clocking the fastest qualifying lap time ahead of sister car #52 driven by Sanders/Deguffroy. The first Ligier (Duqueine Engineering’s returning #36) was third, about 1.5 seconds behind the leading British car. 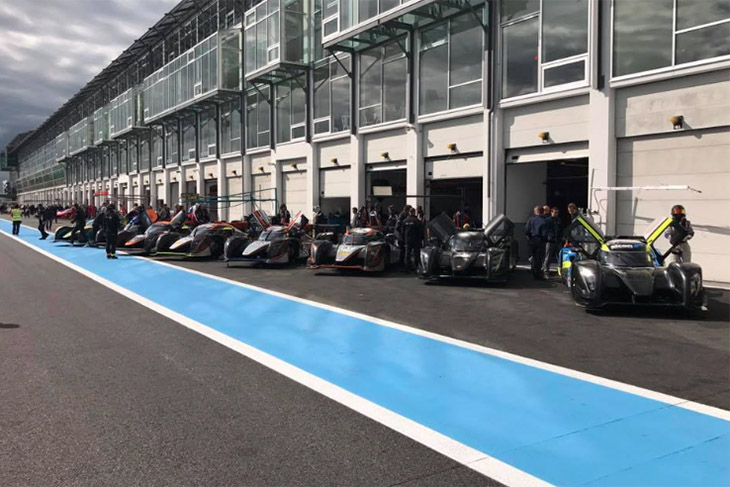 The race started off with an incident that triggered a first yellow flag episode lasting eight laps. When it resumed, three Ginettas led the race, with the #57 ahead of the #52 and the #55 driven by White/Burns. The British cars expanded their lead until lap 20, when a second yellow flag episode occurred. Tomlinson then took the risk of making his six obligatory pit stops within approximately 45 minutes.

In the meantime, first position was exchanged between GPC Motorsport’s #20 Ligier and BE Motorsport’s #14 Ligier, with the #52 Ginetta, Inter Europol Competition’s #13 Ligier and N’Race’s #93 Ligier remaining strong contenders. With very few pit stops needed in the second half of the race and an impressive pace, Tomlinson and Simson rushed towards the lead at the end of the third hour. The only car that seemed to be able to offer any resistance was Inter Europol Competition’s #13 Ligier.

The #57 and the #13 ended up driving wheel to wheel during the fourth hour, but the Ligier #13 driven by Smiechoski and Hippe was never be able to match the British car’s pace.

“The Ginetta was no real competitor for us as it starts in the PFV-category and has 100HP more » said Hippe, “we were just focussed in winning our class.”

Tomlinson/Simpson logically earned their fourth victory in the PFV category and second overall victory this season. Smiechoski/Hippe finished second overall (and first in the LMP3 category) ahead of the #52 Ginetta driven by Sanders/Deguffroy.

In the GTV1 category, it initially looked like championship leaders Pagny/Perrier/Bouvet in Visiom Ferrari F488 #1 would easily dominate the 4 Hours of Magny-Cours. The car scored pole, but the race was a different story, as technical problems were identified when the car headed for the starting grid. The #1 Ferrari ultimately took the start from the pits. This left the lead for the #76 Imsa Performance Porsche 991 GT3 driven by Narac/Cornac, which the French team kept during the first third of the race and eventually lost to the Dodge Viper GT3R #70 driven by Stucky/Yerly.

Towards the very end of the race, the Lamborghini #64 driven by Busnelli/Bambini took the lead and maintained it until the chequered flag as the Viper did its final pit stop. 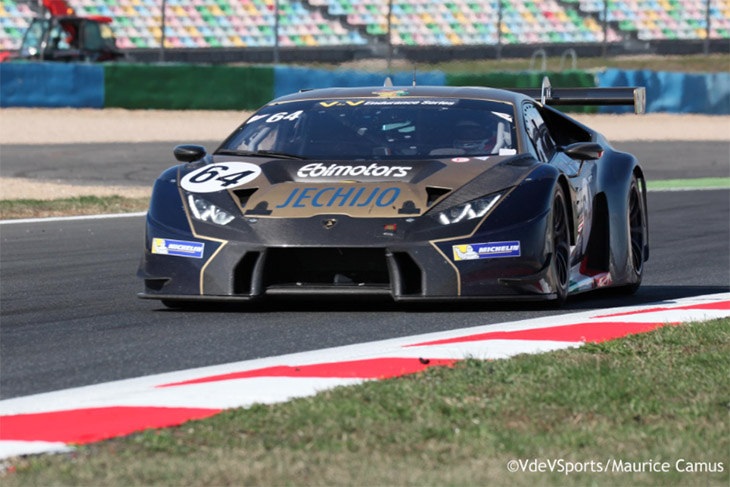 Although Ferrari #1 was never able to fight for overall victory, it finished sixth in the GTV1 category. This was sufficient for Pagny/Perrier/Bouvet and team Visiom to win the 2016 VdV GT Championship.

Team Almeras’s Porsche 997 Cup S #65 driven by Tremblay/Jaminet/Ledogar won the GTV2 category.
The next race will be held in Estoril on November 4-6, 2016.