We went into the Pirelli World Challenge season finale at Mazda Raceway Laguna Seca with my Cadillac Racing teammate Johnny O’Connell and myself tied for third in the driver points standings behind McLaren driver Alvaro Parente and Porsche’s Patrick Long.

It was another wild weekend in the Pirelli World Challenge if you ask any of the four championship hopefuls. Unfortunately, I wasn’t able to walk away with the GT championship, which was always going to be a long shot after the first lap stack up at the last event in Sonoma. 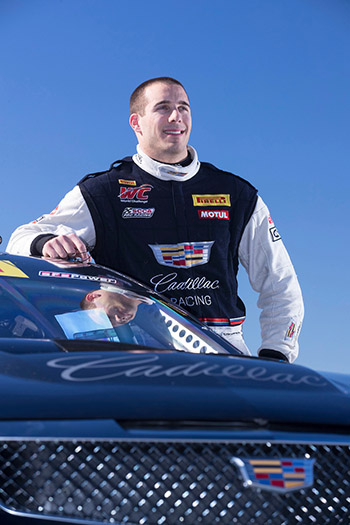 My black Cadillac ATS-V.R Coupe rolled off the trailer working pretty well. All throughout first practice my Cadillac was at the top of the charts along with the Porsche GT3 of Patrick Long. I wasn’t quite sure what to expect from other drivers and teams going into qualifying.

After my third flying lap I got the call that I was P3, with only five-hundredths of a second to pole position, rats! The top seven cars were separated by three-tenths of a second, hats off to PWC and SRO for nailing the BOP on this one.

To win the championship, I had to win the race with Alvaro Parente and Patrick Long both having to drop out before the halfway point. A long shot for sure, but weirder things have happened.

Alvaro made an incredible start to shoot up the outside and take third place from me; he and Long diced it out, but maintained their respective positions for most of the race. When the second caution flew it almost certainly meant the race had passed 50% and my championship chances were over. When we got back going again, for some reason I struggled a lot with the car and had nothing for the guys ahead. Luckily for me and not so much for Drew Regitz (whom I was glad to see was ok after a big wreck), another caution flew late in the race.

With one minute left, the lights went out on the Cadillac Pace Car, which meant we were going back to green. No doubt people were hoping for fire works and that’s just what they got. I got a run on Alvaro out of Turn 2 and into Turn 3, but wasn’t quite able to get far enough along side to make the pass. A few corners later, heading into Turn 5 Johnny O’Connell and Patrick ended up side-by-side. 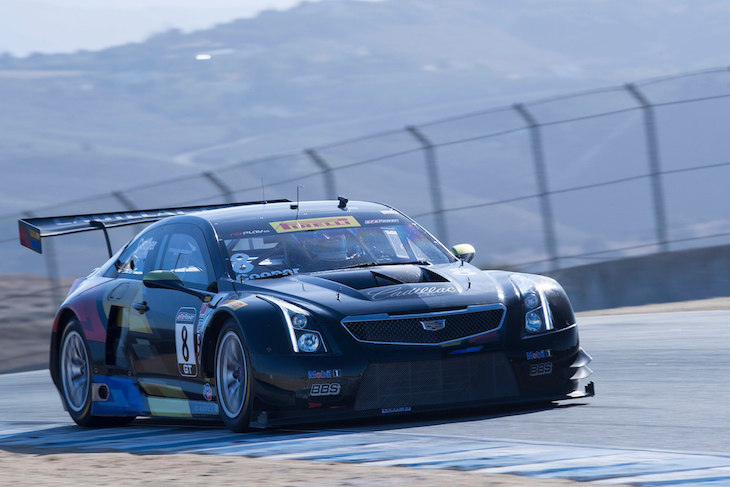 With neither willing to give up an inch, they tangled and Patrick slid wide. I slid through to take third place and make it onto the podium. Johnny crossed the finish line to take Cadillac’s seventh on track win of the year. Unfortunately for all of us at Cadillac, Johnny was penalized for the contact after the race, which demoted him to fifth. Giving Alvaro the race win and further solidifying his championship run. I must congratulate Alvaro on his championship, we had some great battles this year and I look forward to many more.

After a season of GT racing, it is all still very surreal to me. I never expected to hop into a GT3 car, let alone this monster of a Cadillac and be on the pace immediately. Backing that up with two wins and seven additional podiums in my first year at this level has given me a lot of confidence, enough to say that I belong at this level.

I’ve known most of the guys at Cadillac Racing for nearly three years now, my first test with them was back in 2013, since then they have become family to me. Being able to show up at the track every day with so much talent and desire to win under our awning has motivated me in a way that I find hard to put into words. 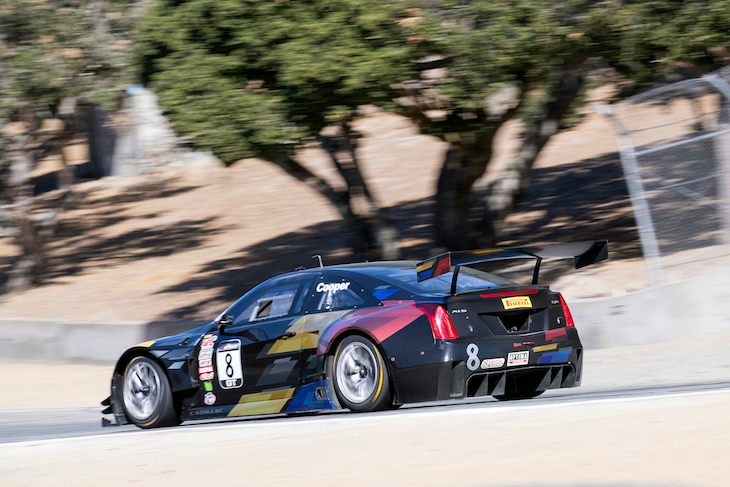 Coming into this year, I had my concerns about how the dynamics would work within the team. Working with Johnny, whom I looked up to since we first met in 2009 has been a great experience. I’ve learned a lot from Johnny and the rest of the team this year. There hasn’t been a teammate that has pushed me like he does, since my first year racing cars. I’m very glad to say we get on better than I ever could have imagined and I still look up to him today.

I’m not sure what 2017 will bring, but I know that I won’t be teamed up with my current race engineer, Eric Leichtle. I’m disappointed to see Eric go, but he is continuing his career progression and I can’t fault him for that. Who knows, maybe our paths will cross again in the future.