This weekend’s WEC round at the Fuji Speedway sees among other things, the race debut of rising British star Alex Lynn, who has signed with Manor to drive the #45 Oreca for the remaining rounds of the 2016 season, with the hope of securing a full-season drive next year.

The trip Fuji has been a learning experience for Lynn, who is driving alongside Tor Graves and Shinji Nakano this weekend, nevertheless he told DSC that he has high expectations for the race.

“The car has been really really good,” he said. “We struggled in FP1 with an alternator failure so I didn’t get any laps in there, it’s really only been FP2 and FP3 for me. Yesterday was a big learning curve, for myself and the car crew. That car hasn’t run for a while but my experience in my career so far has left me content with my performance.

“I’m playing the team game, this is a team sport, but personally I want to take into account myself and I’ve got a great reference comparing myself to the #44 car. The pace I’ve showed against Roberto (Merhi) who’s been in the sister car all season was very good. I thought that on sector times I should have been close to pole.

“I’d like to make it to the end, we just need to keep the car in a good condition. 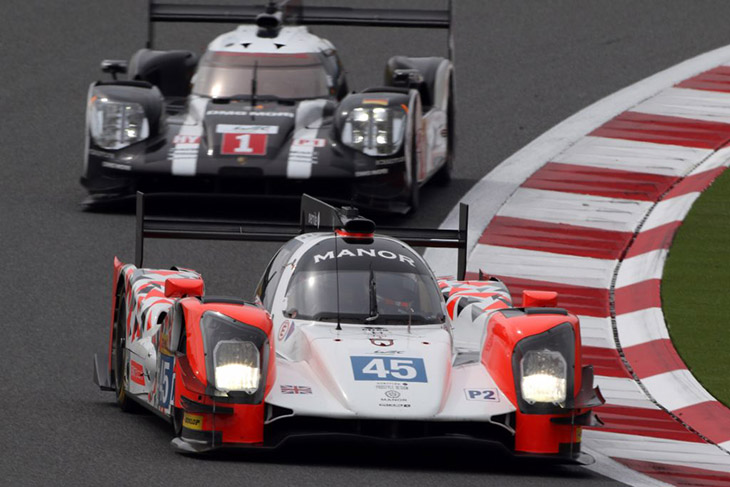 “Manor has had a very difficult start to the season, but the one thing that’s been consistent is the pace of the car, considering they made the decision to join the series late. And here we’ve been focusing on the race, so it’s a really promising sign for the race having such good pace in qualifying.”

In what’s a weekend of firsts for Lynn, not only is this his first drive with the Manor WEC outfit, it’s also his first trip to Fuji Speedway, which he says is a hard circuit to master.

“It’s a very technical and difficult circuit to drive actually, it’s been a baptism of fire having never driven a P2 car before, but the track feels mega, I just want more racing time now,” he explained.

Tt’s been a baptism of fire having never driven a P2 car before, but the track feels mega.

“The straight is very long but there’s a lot of corners, so you can’t go too low on the downforce. Luckily the Oreca is very quick in a straight line.”

He may be new to LMP2, but the GP3 champion and Williams F1 test driver took part in the WEC Rookie Test at Bahrain with Toyota last year, getting a feel for LMP1. It’s clear that his intention is to secure a factory drive in either LMP1 or GTE Pro above all else for 2017. 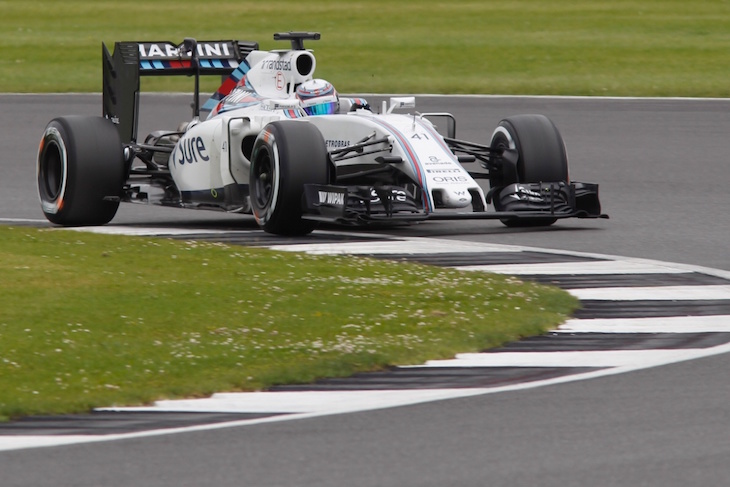 “I think driving in a championship like this is on everybody’s radar,” he said. “And ultimately the main goal is to drive for a manufacturer and any driver that’s racing at the moment LMP1, GTE Pro is a big goal.

“To drive a factory LMP1 car was great, it’s completely different to everything I’ve done in my career, prototype racing. Obviously a lot of single seater racing is a qualifying championship, qualifying dominates the race and the longest race I’ve ever done is a one-hour GP2 feature race, this is another world.

“Honestly I’d love to drive for a manufacturer in a works situation in either GTE Pro and LMP1. There’s a lot of manufacturers, it doesn’t get any better than representing a big car brand.

“I think the main reason I’m sitting here and the reason I’m in a fortunate position in a team like this, comes from performances in junior single seater categories be it Formula 3, GP3 or GP2,” he added. “Yes you get it from LMP2 also, but the one thing you can’t teach is pure speed, and GP2 is all about that, and all the single seater categories only focus on who is the fastest?

“That’s where it’s got a lot of relevance, and you can apply it to IndyCar, Super Formula, DTM, if you can drive quickly and beat talented young guys you’ll do well.

“Opportunity is the main word, without trying to sound negative, Formula One is difficult at the moment, whereas the WEC has good chances for young drivers, with big manufactures and great racing.”