Filling in for someone as talented as Rene Rast is not an easy task, but Will Stevens did an admirable job last weekend at Fuji, super-subbing for the German Audi factory driver, helping steer G-Drive Racing to its long-awaited first WEC win of 2016.

In the final stint of the race, the ex-Manor F1 driver drove masterfully, reminding everyone of his raw talent as a driver, but also how well he has adapted to sportscar racing, something which earlier this year was entirely new to him.

Stevens fought hard with Bruno Senna in the RGR Sport by Morand Ligier – which let’s not forget is in the LMP2 title race – running door-to-door with the Brazilian down the pit straight before having to give the place back and take it again just a handful of laps before the end of the race. It was gutsy and showed both patience and controlled aggression. 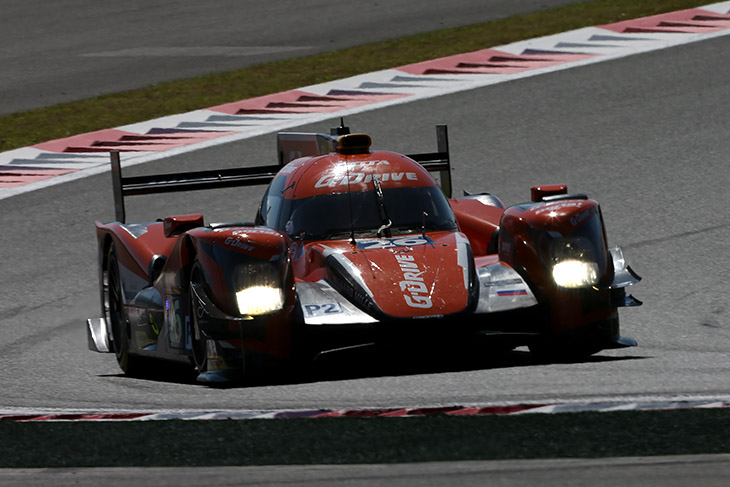 In fact, in what turned out to be arguably the most spectacular LMP2 race in WEC history, it was the most enthralling scrap of the day, and one that was for the win in the class. For almost the entire race though, it seemed as though the Russian-entered team wouldn’t be challenged, running far out in front throughout after starting the race from pole. But alternative strategies by the RGR crew shook up the running order at the end and created a spectacular finale.

“We changed the car a bit overnight and we were also on a different strategy to the Alpine,” explained Stevens to DSC after the race. “It was always going to be close in LMP2, and the RGR Sport guys fuel saved so they didn’t have to pit at the end, they made their strategy work.

“We would have had to commit to fuel saving during the whole race to put ourselves in the position RGR did, but we didn’t, we pushed on and pitted early with Romain halfway through the race.

“We knew that we would be in a real fight with Bruno (Senna) when he came out of the pits at the end and obviously we knew that the Ligier wasn’t as good down the straights so I had to pounce straight away.”

And pounce he did, gunning for the lead against the pit wall for the lead of the class with 30 minutes remaining. He made it stick, but the stewards forced the Brit to hand the place back because the move included a track limits infringement when Stevens put all four wheels of his Oreca over the white line on the inside.

“I then went for a gap running down the pit straight. I would have appreciated a bit more room, but he made his decision and the organisers thought it was over track limits.

“I felt that I was coming alongside and in that scenario you should always leave a bit more room, but he didn’t and I was up against the wall.

I would have appreciated a bit more room, but he made his decision and the organisers thought it was over track limits.

“If there’s a gap, I’ll take it, GT racing has shown me that side of overtaking this season,” he chuckled. “I’m glad I could use those skills again today.

“Obviously I had to let him back past and that made me even more motivated to pull off another move. It was important I came in and did a good job for the team; I did and the second move was much safer to secure the win.”

It wasn’t an easy second move though, as it took Stevens multiple laps to size Senna up for a second and final attack.

“The biggest problem is that we struggled a lot with pickup, and with overtaking a lot of GTs there was a lot of rubber offline and I had built up a lot of it over the time,” he continued. “That made it difficult to get rid of it after I let Bruno past. 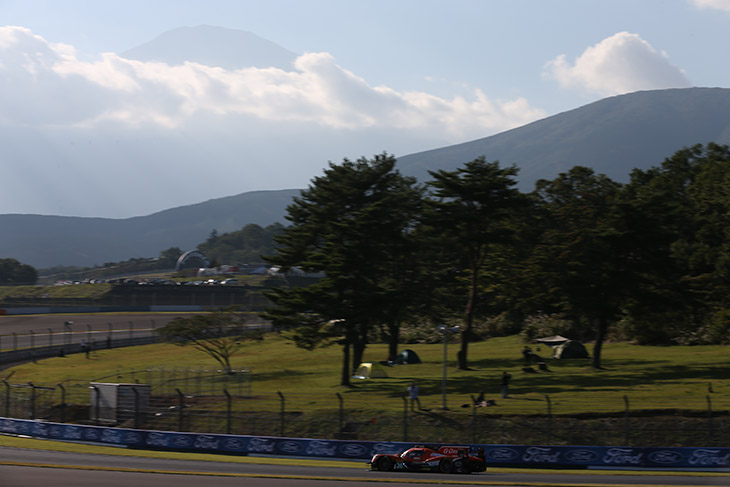 “It took a few laps, and then it came down to traffic management. He caught up to some guys at the end and I managed to get a good run onto the straight.

“It was nice to get it done a few laps from the end, I had enough pace to keep in front.”

Last weekend – Stevens’ first in the WEC since he drove for G-Drive at Le Mans – he appeared extremely motivated to perform from the moment he arrived at the circuit. Jumping from Formula One to sportscars is no easy feat, in both driving style and in off-track mentality.

The WEC is a fantastic championship, I want to continue driving in it, I’m 100% sure of that

It’s clear that he’s found a new home away from single seaters. However, he has yet to secure a drive for the final two rounds of the season at Shanghai and Bahrain. If he fails to get a seat though, it appears he’s eager to give the WEC another crack in 2017.

“Obviously the WEC is a fantastic championship, I want to continue driving in it, I’m 100% sure of that,” he concluded. “The racing was so exciting, I mean, in that race there was no full-course yellows so we were pushing for six hours. It’s great with all the different categories, and this time round it was important to do a good job and prove myself as a race winner.

“This year is different to last year, I’ve done a lot more GT racing than prototypes. I’m loving GTs, the racing is mega and you can afford a bit of contact, but prototypes is what I’m used to, with more downforce and discipline.

“It’s what I want to do going forward, but who knows what the future will hold?”