There is something about seeing an underdog beating the favourites that appeals to all of us, perhaps because most of us see ourselves as the Little Guy. Endurance racing has had a fair few examples of these kind of outcomes in its long history. In recent years we have witnessed McLaren triumph at Le Mans in 1995 despite the best efforts of the faster prototypes. At the Spa 24 Hours in 2003 the Freisinger Porsche, running in the N-GT class, beat their GT rivals in a thrilling race-long battle.

The common element running through these famous victories was the intervention of the weather Gods, those of us who tried to photograph these races still recall the deluge and not with a rose tint. The recent passing of Giorgio Lucchini reminded me of a similar performance from the Little Guys around the turn of the century.

In 2000 the American Le Mans Series was bringing multi-class GT/Prototype racing to the fans in North America. In Europe we had none of that, there was Le Mans and the FIA GT Championship and the Sports Racing World Cup. 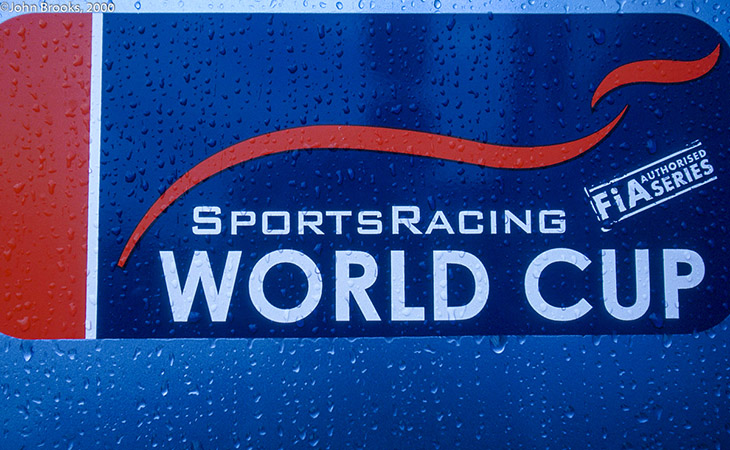 This latter series was sanctioned by the FIA and run by John Mangoletsi for non-factory prototypes in two classes, SR and SRL, also known as Lights. Mango’s Barmy Army, as we were known, produced some great racing and some not so great racing, “close and competitive” as the Boss would say to anyone who would listen. 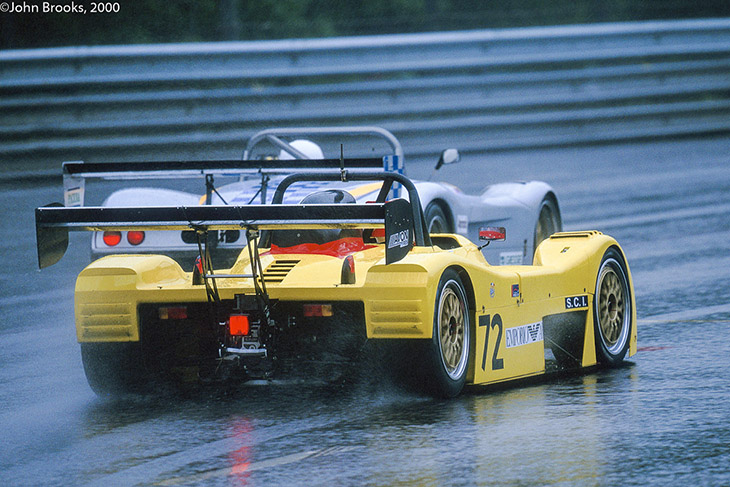 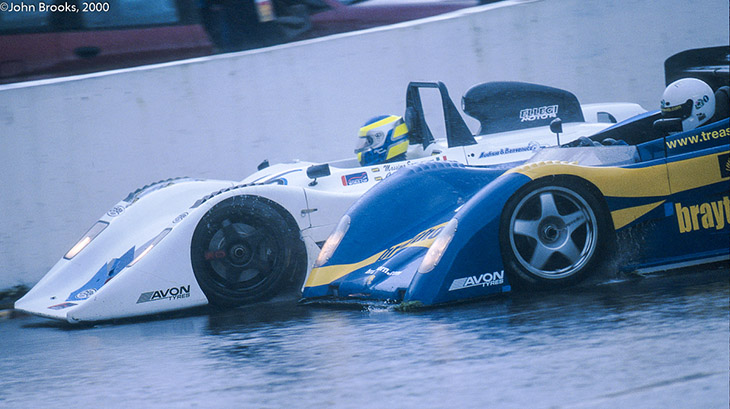 At Spa Francorchamps that May 25 cars were on the grid for the 2½ hour race which would be the third round of the series. What had been pleasant late-spring weather during Practice and Qualfying was replaced by the kind of rain storm that is more usually associated with the Ardennes than sunshine. The lead class was on the back foot right from the start as the Riley & Scott Mklll Judd of Mauro Baldi refused to fire and he was wheeled off into the pit lane, his day done.

Two laps later Marco Zadra backed his BMS Scuderia Italia Ferrari 333SP into the wall crunching the rear wing, forcing retirement. Two down in the lead class, it was going to be a long afternoon in SRl. 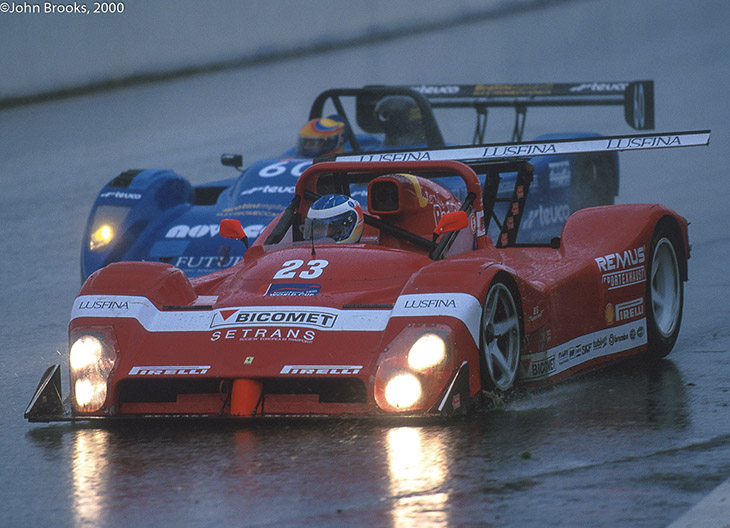 At the front Christian Pescatori and David Terrien ruled the roost in their JMB Giesse Ferrari 333SP, only challenged by a storming drive from local hero, Didier de Radiguès in the Kremer racing Lola B98. 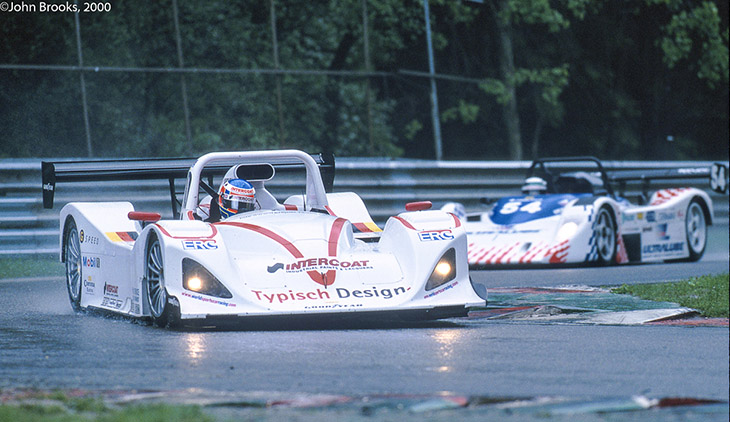 This effort was blunted by a loose wheel and the Belgian and his co-drivers, Christian Gläsel and Christian Vann, had to settle for third place. They were both assisted by a series of accidents befalling rivals in the treacherous conditions. The two DAMS Cadillac Northstar LMPs spun off, first Eric Bernard, then Marc Goossens, ending up stuck in the gravel. 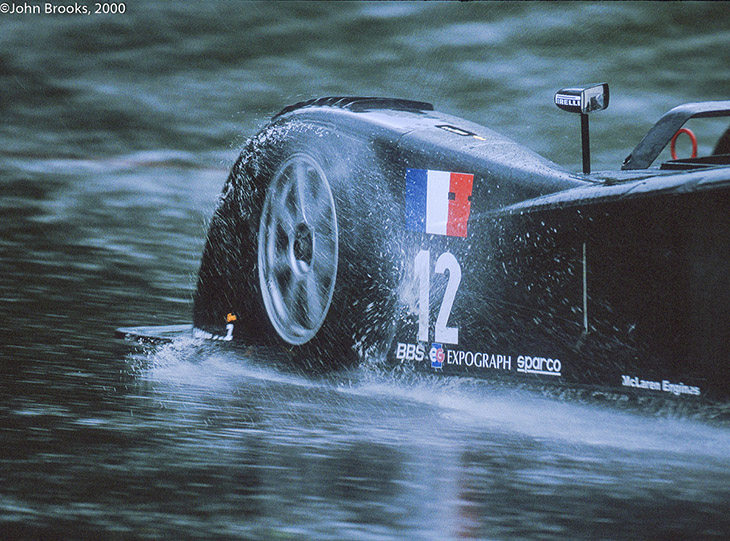 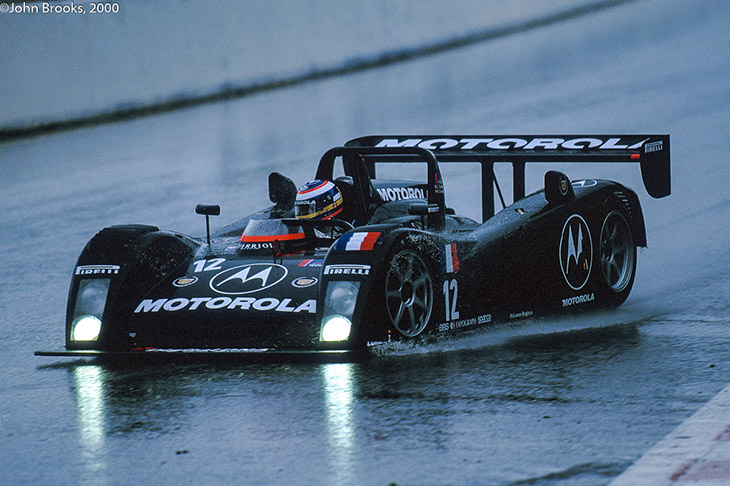 They were followed to that destination by another contender, John Nielsen in the Den Bla Avis Panoz.

The carambolage and the monsoon conditions benefited the lighter, more nimble SRll cars, in particular the Alfa Romeo-powered Lucchini SR2000 of Filipo Francioni and Salvatore Ronca and the Lucchini SR2-99 of Roberto Tonetti and Massimo Saccomanno. 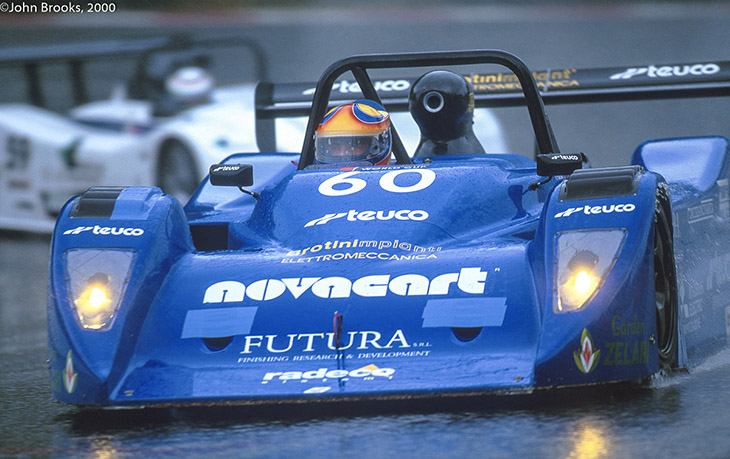 Francioni was mighty in the rain and was fastest man on track during middle section of the race and, although he was assisted by a number of yellow flag periods, his performance to stay with the potentially faster SRl was fantastic. 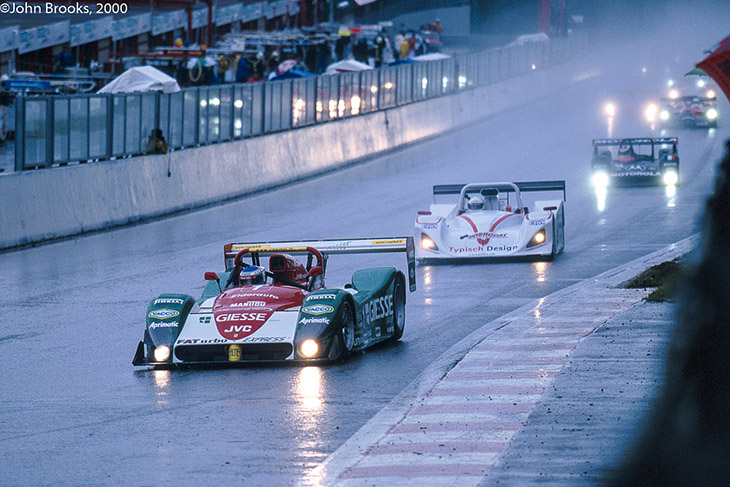 The final twist in the tale saw the leading JMB Ferrari pit to fix alternator problems, thus promoting the Lucchini Engineering car into the lead as the race neared its finish. Conditions dried out and it was a desperate scramble for the line by Ronca who edged out the second BMS Scuderia Italia Ferrari driven by a hard charging Angelo Zarda with just yards to spare. 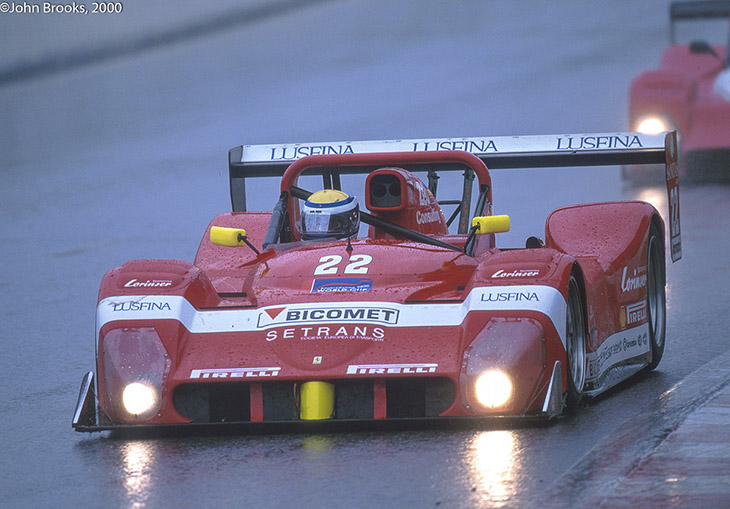 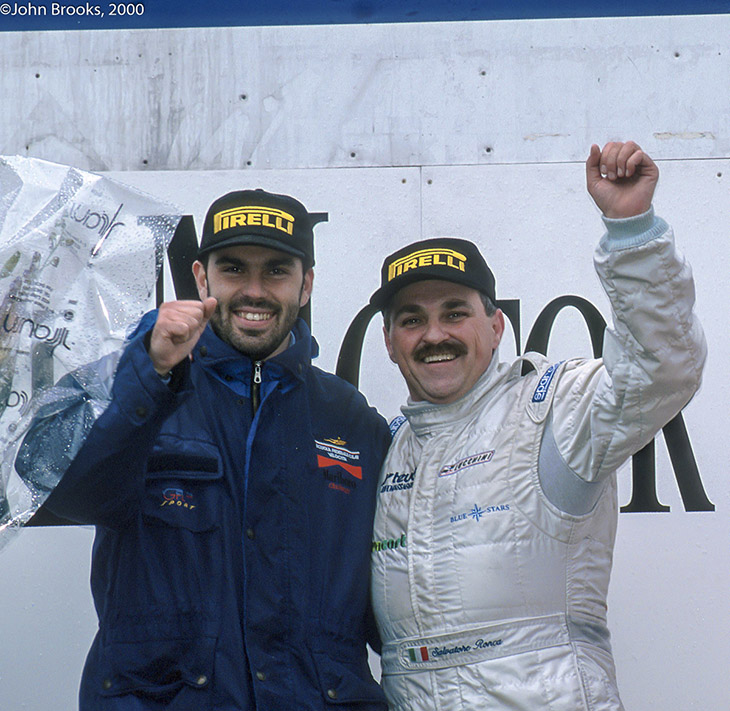 The fast recovering Kremer Lola was third ahead of the second Lucchini, fifth was all that Terrien and Pescatori could manage, just ahead of the final podium placed car, the #99 Debora LMP299 of Marc Rostan and Pierre Bruneau. 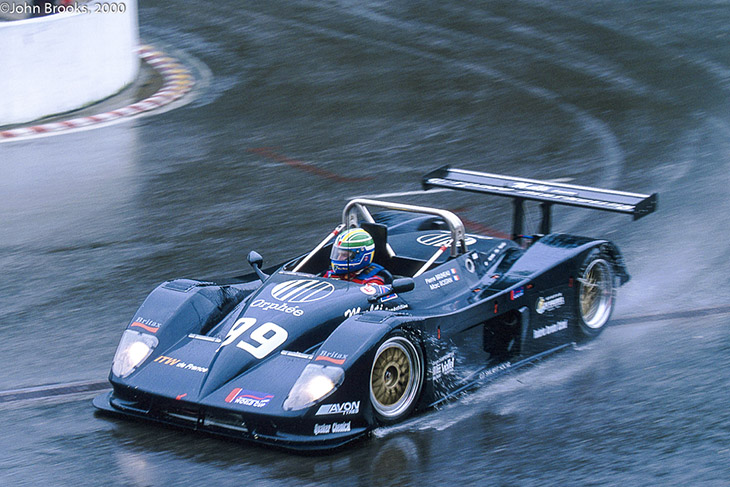 As Paul Truswell will tell you, the real story can be found in the data, such as it was back then. In Qualifying the best Ferrari (Pescatori/Terrien) was just over 9 seconds ahead of the Lucchini but in the race the Ferrari’s fastest lap was 2:37.683, Francioni’s best was 2:37.639, the rain had leveled the playing field.

For Giorgio Lucchini it was a dream result, thoroughly deserved and earned the hard way. As the team headed back to its base in Mantova, the city’s most famous racer, Tazio Nuvolari, would surely have smiled down on them from the great pit lane in the sky, it was his kind of victory.

Words and Pictures by John Brooks