Nineteen LMP3 and PFV cars showed up at Estoril this weekend for the final round of the 2016 VdeV Championship. Among the prototypes there were no less then eight Ginettas and eleven Ligier JSP3s, including a second car for ELMS Championship teams Duqueine Engineering and InterEuropol. The GTV2 class also saw an interesting development with five Porsche 991 Cups in attendance.

The qualifying session was again dominated by the Ginetta #57 driven by Tomlinson/Simpson/Burke. The British car scored pole position, some three seconds ahead of the Graff Racing Ligier JSP3 #888 car with Trouillet/Rosselo/Capillaire at the wheel. Another highlight of this session occurred in one of the GT classes, as the 2016 GTV1 Championship-winning car, the Visiom Ferrari 488 #1, had a serious accident preventing Pagny/Perrier/Bouvet from taking part in the race.

The four-hour race opened on a wet track. While the Ginettas seemed at ease in these tricky conditions, the car that seemed the most unaffected by the slippery track was the IMSA Performance Porsche 991 GT3 R #76 driven by Narac/Carnac. The French drivers led throughout the first hour of the race but progressively lost their positions as track conditions improved. 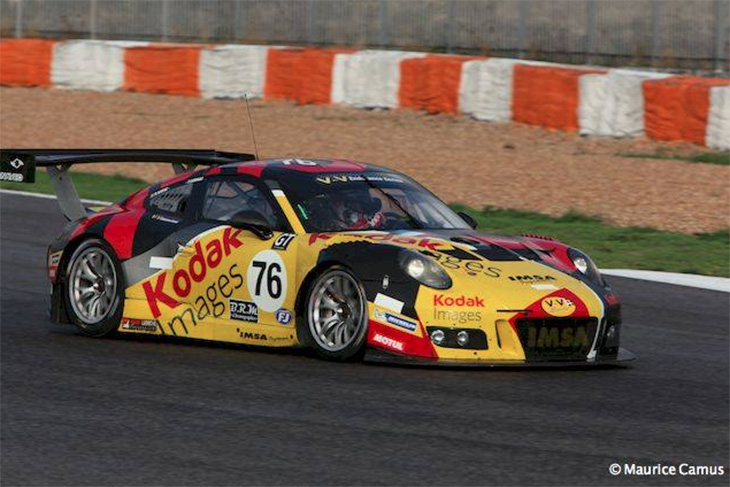 Once the rain stopped, race favorites progressively took back top positions with the #57 Ginetta leading ahead of the #13 Inter Europol Competition Ligier driven by Smiechowski/Hippe. The fight between these two cars lasted up until the final hour of the race when the #13 was given a four-minute stop-and-go penalty consecutive to a driving time miscalculation.

Still, the #57 Ginetta’s domination never really seemed disputable during this race. The #888 Graff Racing Ligier driven by Trouillet/Rosselo/Capillaire ended up in second place overall (and took first place in the LMP3 category), ahead of the amazing #76 Porsche 991 GT3 R driven by Narac/Carnac, which was also the winner of the GTV1 category. The GTV2 category was won by the #62 Porsche Lorient Racing Porsche 991 Cup with Polete/Lelievre at the wheel.

This new victory for the #57 Ginetta allowed Tomlinson/Simpson/Burke to win the VdeV Championship in the PFV category.

“2016 was the development year for G57-P2,” said Ginetta’s technical director Ewan Baldry. “Nice to have won many of the races outright and the championship in our first year with the car. We have learnt loads by putting a good number of these new cars through a hard season of 4 and 6 hour endurance races.

“We have a few bits and bobs to address in order to make them bomb proof which will be done over the winter in time for a stellar 2017. Well done to everyone involved, here at Estoril, back at the factory and of course the teams who have joined our journey through the 2016 season.”

Although Inter Europol Competition disappointingly ended up placing seventh overall and fourth in the LMP3 category, it was enough for their drivers Smiechowski/Hippe to secure first place in the LMP3 VdeV Championship. 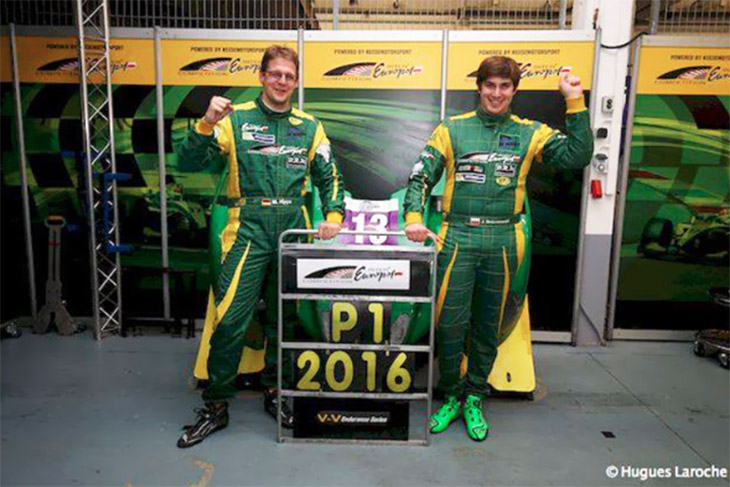 “It is our first season in LMP3 and we won the title,” said Hippe ”That is great! We did not win as intended [today], but sealed the Championship and that is important. While serving our 4-minute penalty I concentrated on handling this professionally, staying calm and focussing on bringing the car home safe in the darkness in the closing stages.”