Porsche Motorsport has released a short clip of its new 2017 GTE/GTLM 911 RSR ahead of its official reveal at the LA Autoshow on November 16th; where we may, or may not, hear further details of the competition plans for the new 911 GTE in IMSA and ACO racing.

Five days till the world premiere of the most spectacular 911 ever: The #New911RSR – presented at @LAAutoShow on Nov 16 – More info tomorrow pic.twitter.com/3vyKYRmwOq

There are no details yet either of how large a production run will be undertaken for the essential (for homologation) roadgoing version of the race car though, as with any short production run Porsche demand is more than likely to outstrip supply.

The race car has now been seen on track, with two examples testing at Sebring, in some detail via this footage from YouTube poster LankyTurtle.

The soundtrack of the earlier video seems to have been a little misleading as a later effort at the same test now seems to confirm what DSC understands to be the case, the car is powered by a normally aspirated engine, moved forward with the gearbox moved behind the engine to create the first mid engined car to carry the 911 moniker since the 911 GT1 days of the late 1990s. 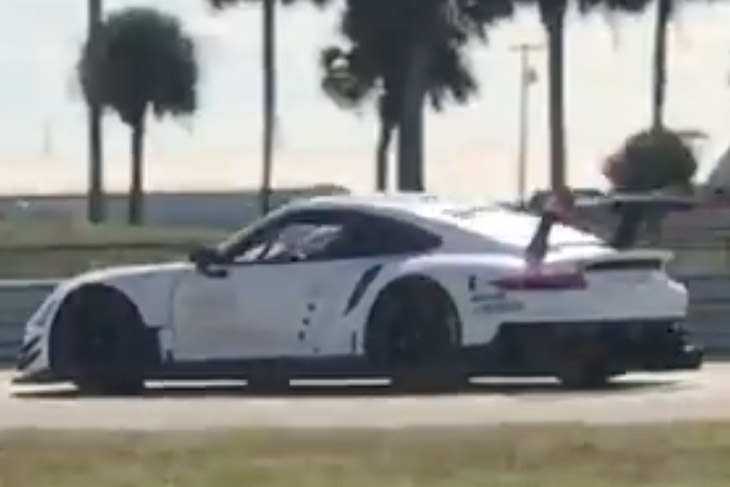 Early testing is understood to have gone well with very positive feedback on the new car.

According to the tweet, further information will be available tomorrow.