Well folks, there’s just six hours of racing left of what has been an extraordinary World Endurance Championship Season in 2016.

There are storylines to follow in all four classes. In the prototype classes eyes will be on Audi in its final LMP1 appearance and G-Drive gunning for its third straight LMP2 victory, while in GTE, all five titles are yet to be settled, with the GTE Pro battle likely to be a dogfight.

Here’s what to look forward to in the GTE Pro and Am classes as the series travels to the Sakhir circuit in Bahrain this weekend for an into-the-night race to end the year.

With Aston Martin Racing, AF Corse and Ford all in with a chance to take championships, the GTE Pro class has the potential to provide a fitting finale to the season. At times this season, the class has suffered from a lack of on-track battles, with multiple BoP changes during the season proving to be the difference between a win and a solid points haul. But it has kept things close, and forced the teams in the class to take every point they could get.

Watch out again though for a continuation of disharmony in the paddock over Balance of Performance, there’s no shortage of chatter referencing IMSA’s clearly more stable system against the race by race tinkering in the FIA WEC.

In the points tally for the World Endurance Cup For GT Drivers, the Danish AMR duo of Nicki Thiim and Marco Sorensen hold a 12-point lead over Davide Rigon and Sam Bird in the #71 AF Corse Ferrari, with the Olivier Pla and Stefan Mucke #66 Ford GT a further nine points back.

With Aston Martin Racing, AF Corse and Ford all in with a chance to take championships, the GTE Pro class has the potential to provide a fitting finale to the season

At both Fuji and Shanghai though, the #67 Ford GT has been the car to beat, but has paid the price for early season struggles preventing Andy Priaulx and Harry Tincknell gunning for the drivers title. The sister #66 GT, which is yet to win a race this season, would have to win and hope for bad luck to hit the #95 and #71 crews. Realistically, the fight here is between the Aston Martin and Ferrari. 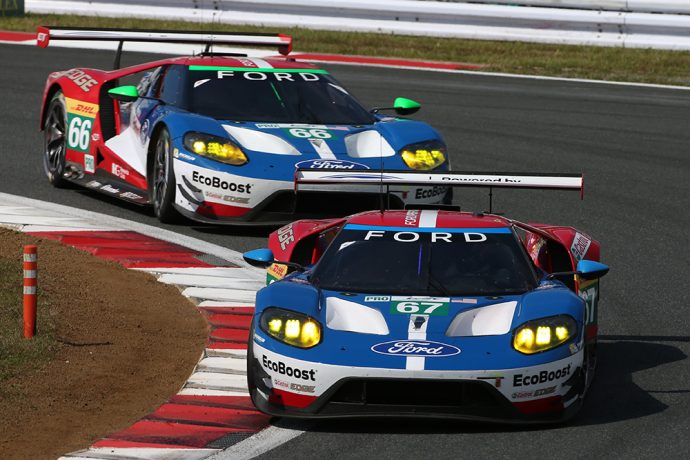 Eliminated from the title race last time out was Darren Turner in the #97 Aston Martin Vantage, who didn’t even get a chance to drive the car after the damage sustained from the collision at the start between the #45 Manor Oreca forced Richie Stanaway to retire the car early.

As a result of the #97 failing to finish in China, it’s advantage Ferrari in the World Endurance Cup For GT Manufacturers race, with the Italian brand extending its lead to 10 points over Aston Martin. Ford is still just about in the running, but a 39.5-point deficit will likely be too much to overcome. Like the Drivers standings, it’s going to be very close between AF Corse and AMR. 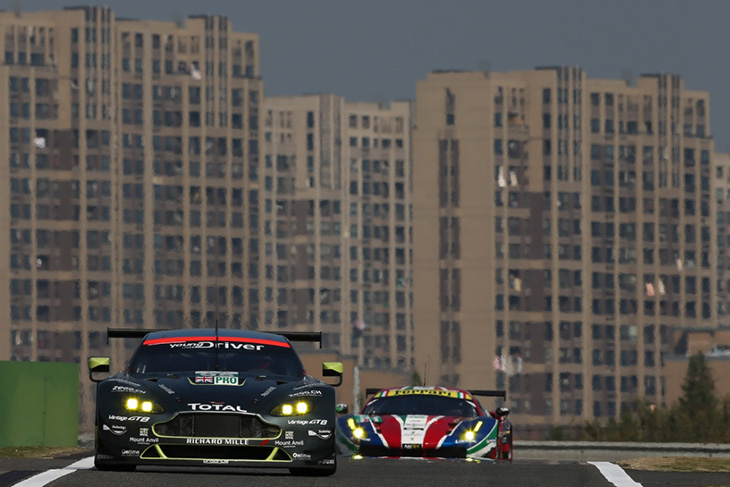 Ford’s realistic shot comes in the GTE Pro Teams classification, with the #67 and #66 Ford just two and 10 points back respectively from the #95 Aston Martin. Both AF Corse Ferraris also have a chance too, with the #71 and #51 cars further back, 12 and 21 points off the lead.

The only team heading to Bahrain with no real expectation is Dempsey Proton Racing, which has struggled all season long with the 2016 iteration of the 911.

The focus for Porsche is most definitely 2017, which will see the marque’s new mid-engined, normally aspirated challenger hit the track. At the moment the new car is set to be unveiled this week in LA, and while we expect there to be a full Porsche factory GTE entry in the series next season, there’s no final confirmation yet.

In the wake of VAG ending its VW WRC and Audi WEC race projects over the past few weeks, Porsche’s apparent commitment to 2017’s GTE Pro class should not yet be presumed intact.

While both GTE Am titles are yet to be decided, Emmanuel Collard, Rui Aguas and Francois Perrodo’s path to both championship is a very simple one. 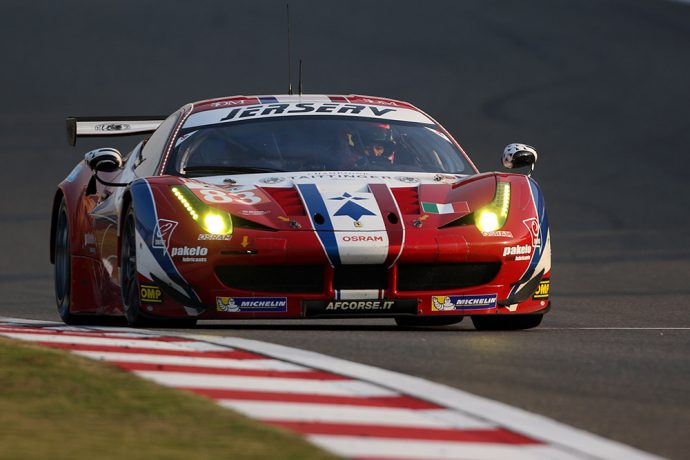 With a second place finish following KCMG’s post-race penalty after the race at Shanghai, the #83 AF Corse Ferrari holds a 25 point lead over the #98 Aston Martin of Paul Dalla Lana, Pedro Lamy and Mathias Lauda. To win the titles, all Collard, Aguas and Perrodo have to do is either set pole, or finish the race at Bahrain.

For the #83 trio their performance this season has been head-turning, with Perrodo in particular continuing to improve race by race. This weekend’s race has the potential to be Perrodo’s last in the class though, as he has been known to have his sights set on an LMP2 drive going forward; an announcement of that could come as early as this weekend.

For the #83 trio their performance this season has been head-turning, with Perrodo in particular continuing to improve race by race.

In the Aston Martin camp,Paul Dalla Lana, Pedro Lamy and Mathias Lauda must win again, like they did in Shanghai, but unless the 458 fails to finish the final race of the year, it can’t win. A title here is highly unlikely, but at least still possible. (After the ELMS finale don’t count your chickens… Ed) 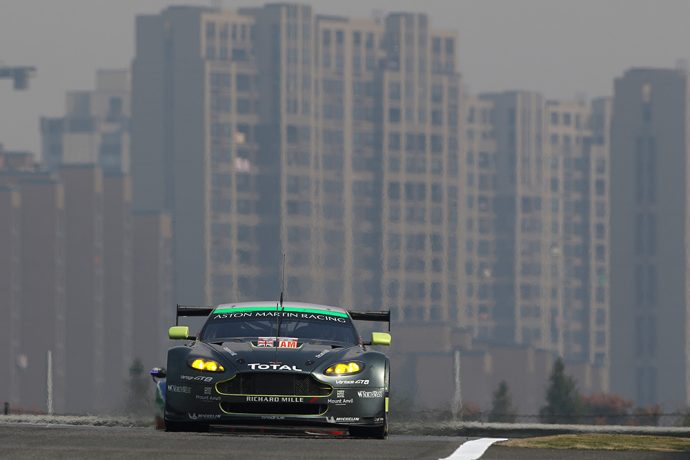 For the rest of the class, it’s all about playing for pride. Abu Dhabi Proton will be looking to find winning form once again, while Larbre, KCMG and Gulf Racing will all be looking to end the season with an impressive run as their plans for 2017 continue to formulate. KCMG in particular will be aiming high after narrowly missing out on a second place finish at Shanghai; the car ran very competitively all weekend, but for the second time this season post-race decisions cost the team a good result.

Saturday’s 6 Hours of Bahrain is set to begin at 16:00 local time in Bahrain.