At time of writing confirmed numbers in LMP2 are stronger than in the FIA WEC with several sources suggesting 14 full season cars are all but assured in the class.

A two car effort in the Asian Le mans Series is all that’s confirmed here at present with team sources consistently ruling out an early move to a 20178 LMP2, but other reports suggesting a 2018 shift to the FIA WEC – Algarve Pro might hang on and look at the form book before deciding whether and where to jump, and what with. 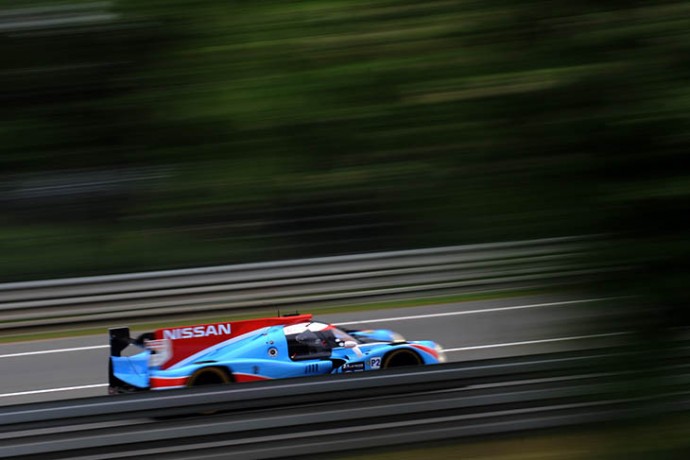 No announcement yet of the race programme for Ben Keating with his Riley Multimatic Mk 30.  With a full season slated in IMSA GTD that leaves limited options if the car is to be seen regularly.

A Le Mans 24 Hours place seems secure as one of the IMSA nominees after Keating’s role in bringing Mercedes AMG into the North American Championship is counted alongside the team’s Dodge Viper GTD successes. It looks likely that Bill Riley’s organisation will run the car at Le Mans if invited. (One Riley Multimatic possible though currently unlikely)

Have acquired a pair of new build Oreca 07s for the ELMS.  One car is understood to be likely to feature an unchanged crew from the single car effort in 2016 (Hedman/ Lapierre/ Hanley) with work in progress to sign customers for the second car. (One Oreca 07 confirmed, a second car possible/ probable) 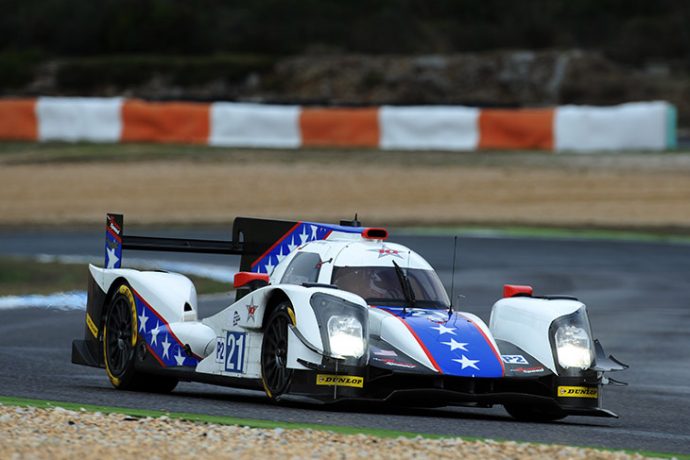 Part of a major reshuffling in customers and their associate teams.  Mark Goddard’s squad will no longer field the Oreca pedalled in 2016 by Pu Jun Jin, Nico Pieter de Bruijn and Tristan Gommendy but is in negotiations with another customer for ELMS in 2017 alongside his Asian Le Mans customers in both LMP2 and LMP3. (One car possible) 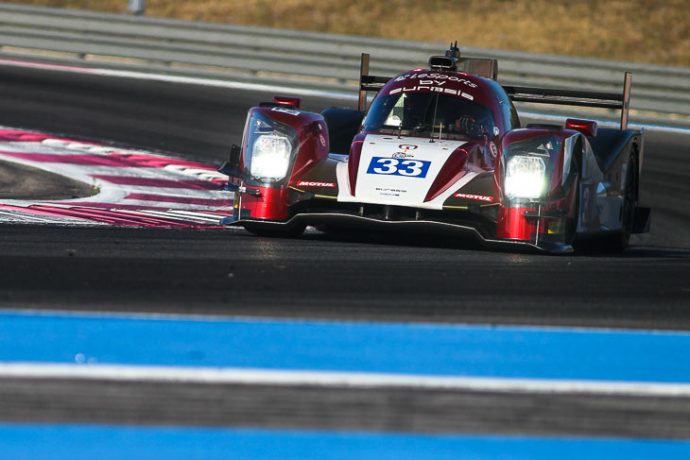 A rumoured shift to LMP2 has emerged as a joint venture between Giorgio Mondini and Benoit Morand, with WEC in the business plan.

The two car effort in LMP3 shifts up a gear with an Oreca 07 for the ELMS alongside an LMP3 programme. (One Oreca 07 confirmed) 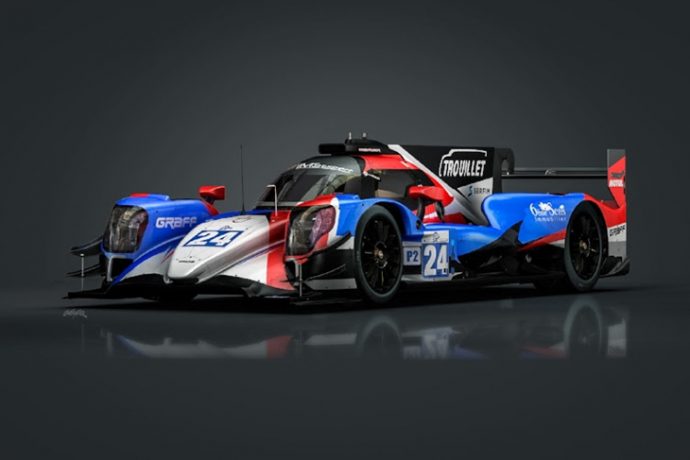 Greaves are talking to potential customers (beyond the likely return of the Krohn racing effort) to fill a full season presence.  Ligier and Dallara chassis are in the potential mix. (One car possible) 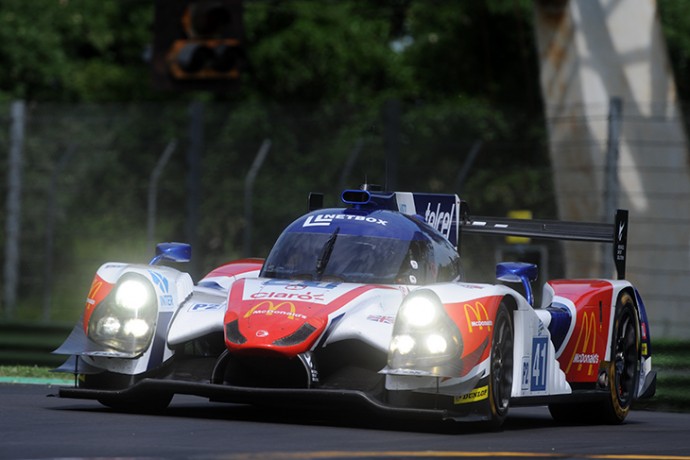 The 2016 ELMS newcomers are to replace their Ligier Judd with a new Ligier for the 2017 season. (One Ligier JS P217 confirmed) 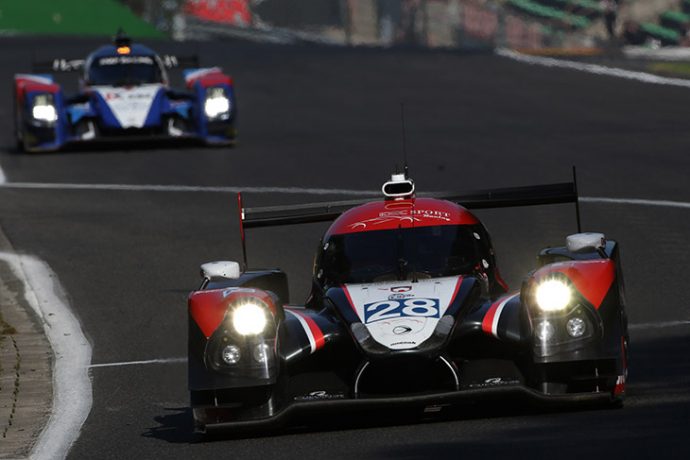 No confirmation of a return from the G-Drive backing but one Oreca 07 (likely one of the team’s 2016 05 cars upgraded) has been confirmed to DSC with 2016 Champion Simon Dolan set to race in a coupe for the first time in 2017! (One Oreca 07 confirmed) 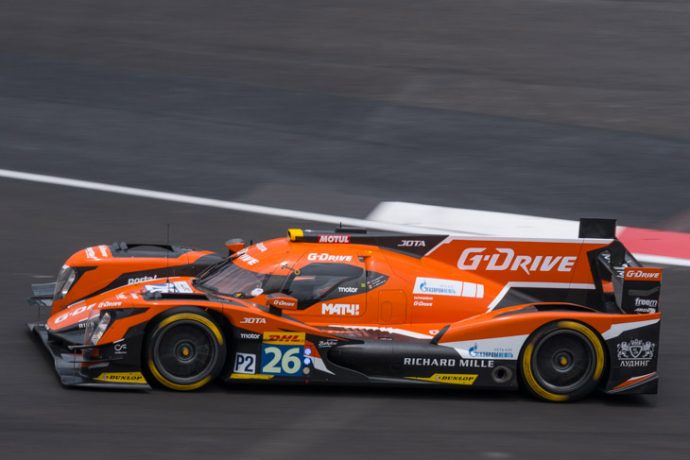 Expected to field a new Dallara LMP2 for the ELMS in 2017, most likely still supported by the Greaves Motorsport equips (One Dallara likely) 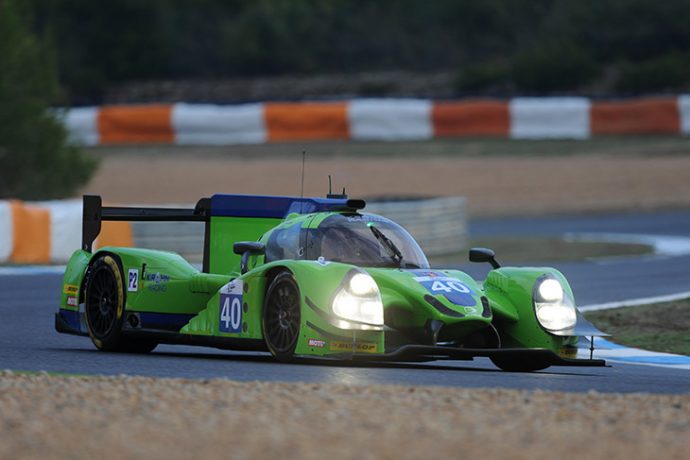 Reports that Nic Minassian’s long-desired shift into team ownership/ management might come in 2017 are understood to be somewhat premature.  He is certainly looking for a racing future beyond his tie at the wheel but the transition of the LMP2 rules looks set to mean that his plans with an as yet unannounced, but known to DSC, customer/ partner might err on the cautious side.

Will Greg Murphy and co return after a fractured 2016? It’s all quiet on that front at the moment though talks were underway about the potential placement of a Riley Multimatic for 2017.  Greg Murphy meanwhile says that the team will be back with chassis choice yet to be finalised. (One LMP2 possible/ probable) 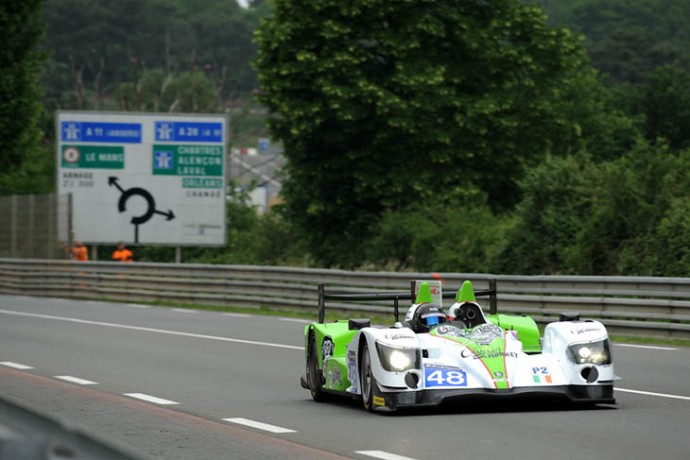 A new Ligier to replace this season’s JS P2 in a full ELMS campaign in 2017 was one of the first orders known and there still appears to be an (albeit distant) chance of a second car. (One Ligier confirmed) 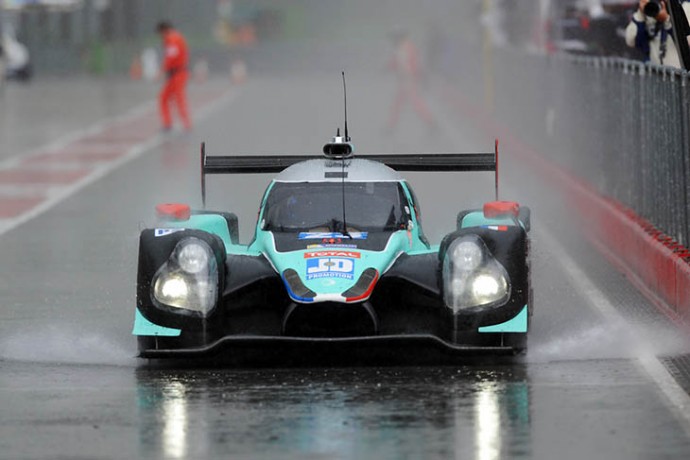 Will move to LMP3 for 2017 with a Ligier JSP3, and a drive to source customers for a second car.

No conformation just yet of a new LMP2 from the Swiss team alongside their Asian Le mans Series programme with the Oreca 03-R Judd. 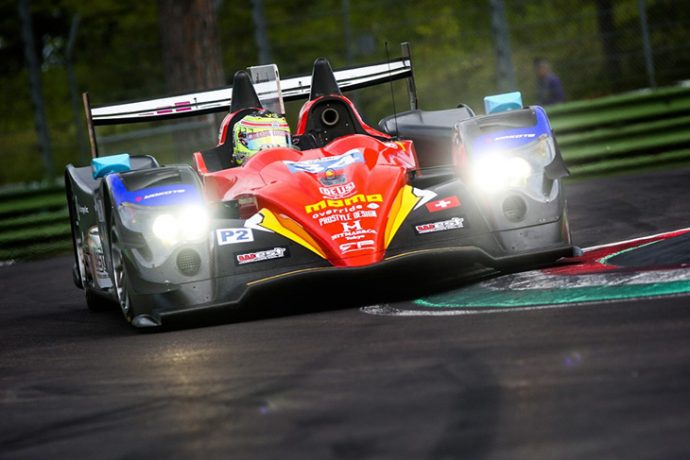 The Bolton, UK based outfit ran a Ginetta LMP3 in 2015, and a Ligier JS P3 in 2016, acquiring a second, as yet un-raced car mid year.  They then confirmed that a Ligier JS P217 has been acquired for the 2017 ELMS ‘and other selected events’.  The team are expected to continue in LMP3 as well. (One Ligier confirmed) 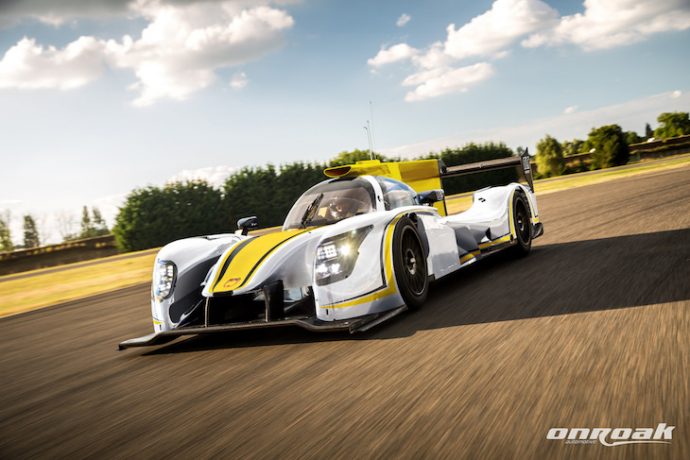 There is/was a potential plan for a BR01 or two to contest the ELMS as a grandfathered car.  With information tortuously difficult to get from the SMP camp it seems at present unlikely, in the wake of very strong numbers of new LMP2s arriving, that  this will come to fruition. See FIA WEC piece for details of likely SMP Racing plans. 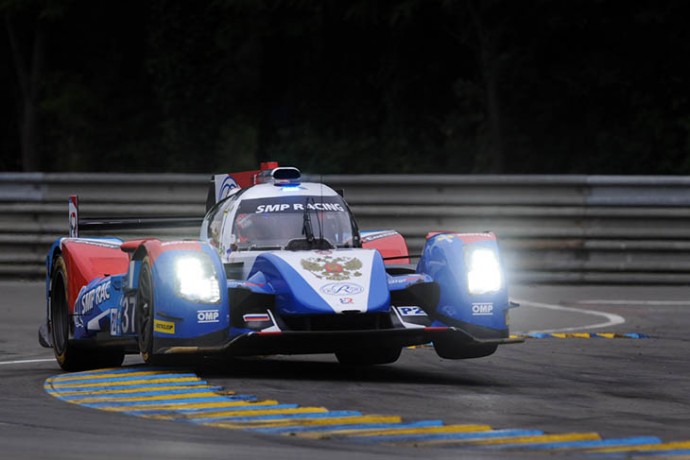 TDS Racing are certainly set to announce a 2017 FIA WEC campaign but signs are that this is an additional campaign and that the team’s current Oreca programme might return to the ELMS in 2017 with the 05 coupe upgraded to 07 specification. (One Oreca likely) 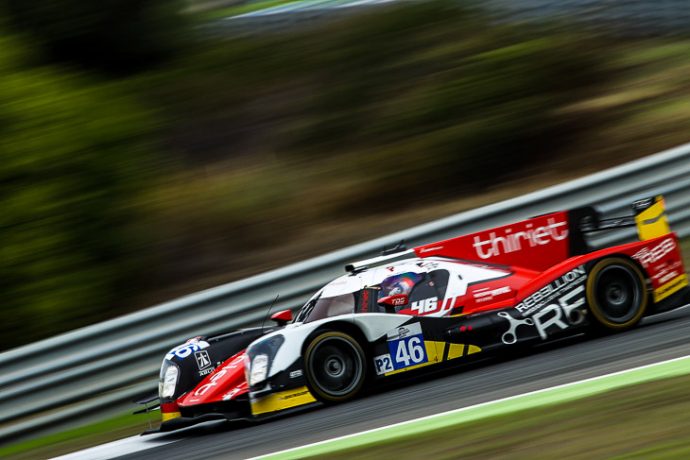 After a mid season 2016 debut with a Ligier JS P3 the Yorkshire based squad have announced that they have acquired a Ligier JS P217 bound for the 2017 ELMS – Phil Hanson and Nigel Moore will drive once again. No decision on a continued LMP3 presence has yet been announced but the JS P3 is contesting a full Asian Le mans Series season over the winter. (One Ligier confirmed) 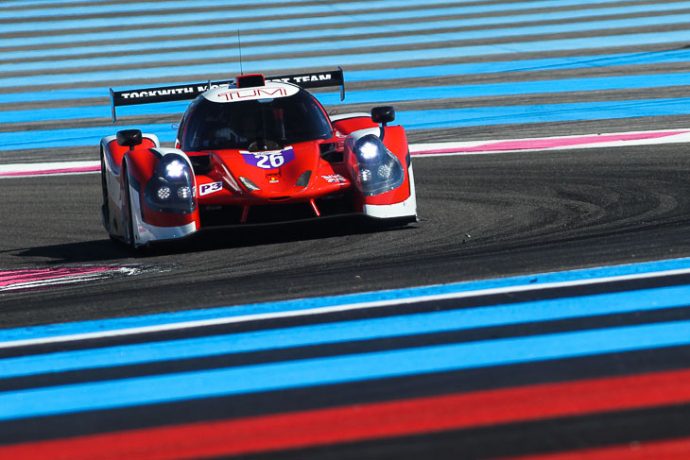 A late(ish) call to put together a full season in a new Ligier came as a direct result of the team’s LMP3 Championship winning season and the subsequent Invitation for an LMP2 entry for the Le Mans 24 Hours. (One Ligier all but confirmed) 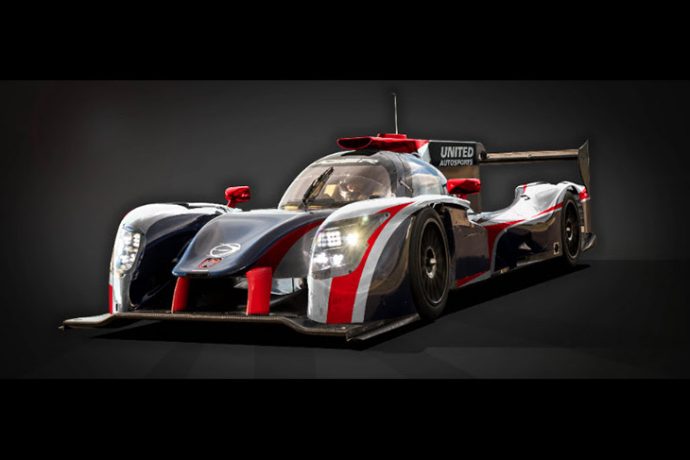 The Italian team have announced a full season in LMP2 in the ELMS with their new Dallara Coupe.  2016 team LMP3 duo Roberto Lecorte and Giorgio Sernagiotto will return, teamed with ex Rebellion Racing man Andrea Bellicchi. Again the team are seeking customers to retain a parallel LMP3 presence. (One Dallara confirmed). 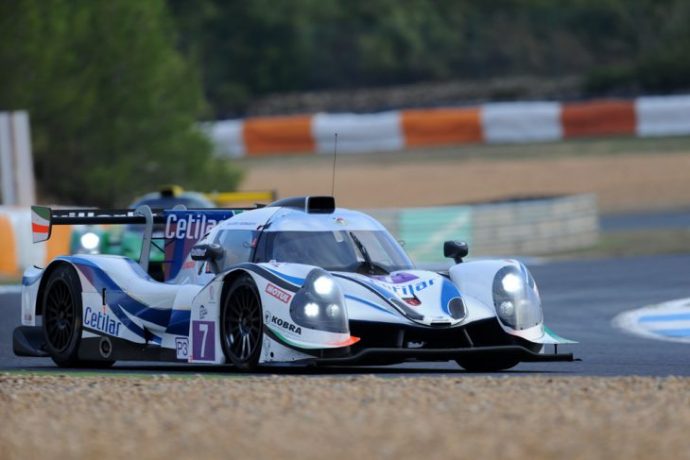 No firm news from Vincent Vosse’s squad on any full season plans after a successful one-off adventure at Spa. Noises immediately following that race though looked positive. One to watch. (Possible) 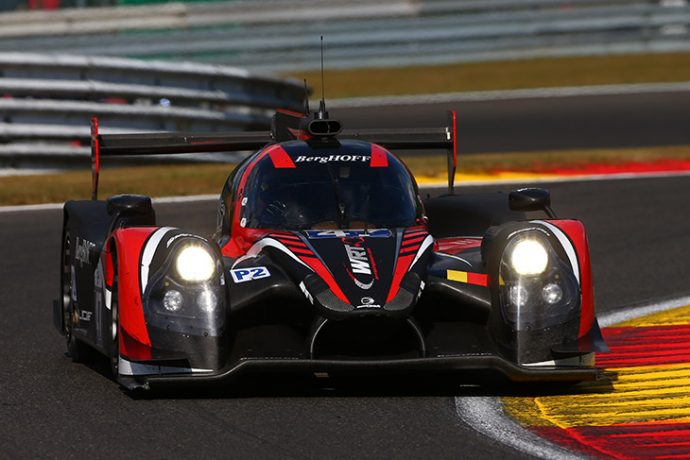 Other as yet unannounced programmes

At least two other as yet unannounced ELMS programmes are  known to be in play, one each for Ligier and Dallara, both very close to final confirmation.

Add that little lot up and we get to a potential 18 cars, with most senior sources presuming a c.14 car full season entry with Dallara, Ligier, and Oreca customers effectively confirmed for the European season.

That marks strong growth with a couple of themes emerging:

LMP3 IS providing a ladder to the LMP2 class, at least five teams are set to step up in whole or in part from LMP3 to LMP2 with the majority predicting a presence in both LMP classes in 2017. and

Ligier are being particularly effective in attracting newcomers to the class, the customer service for their LMP3 customers seems to be paying dividends.