In what turned out to be a fairytale end to a fairytale 18 years of racing for Audi Sport, the #8 Audi R18 of Oliver Jarvis, Loic Duval and Lucas Di Grassi headed a 1-2 for the German brand in dominant style at Bahrain.

Audi led the race practically lights-to-flag outside of pit stop cycles, with the only threat to the winning car being the #7 of triple Le Mans Champions Benoit Treluyer, Marcel Fassler and Andre Lotterer which finished in formation just after Marcel Fassler did everything he could to catch up to the #8 to take the win.

“It’s really hard to speak now, this is a family,” said an emotional Lucas Di Grassi. “After 18 years, we are saying goodbye. We finished second in the championship and more than that we wanted to take the ‘Four Rings’ on top of the podium for its last race, it’s where Audi deserves to be.”

It was understandably an incredibly emotional finale for Audi, which saw its personnel greeted like champions by almost the entire paddock after the race.

Behind, 2015 World Champion Mark Webber ended his professional career in fine style, bringing the #1 Porsche 919 Hybrid home third after the collective efforts of himself, Timo Bernhard and Brendon Hartley.

The other Porsche LMP1 crew were emotional at the end too, with Marc Lieb, Romain Dumas and Neel Jani securing the 2016 World Drivers Championship with a sixth place finish following an early puncture. It was a fine consolidation prize after such a tough second half to the season for the Le Mans and Silverstone winning trio. 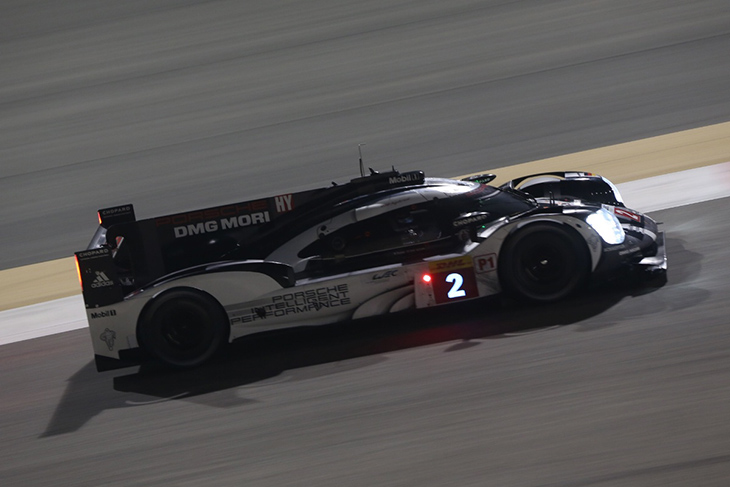 “It’s amazing, winning Le Mans and now the World Championship is amazing!” Said a jubilant Jani after the race. “We have suffered after Le Mans, and after we got hit earlier in the race I started to doubt it would happen. World Championship and Le Mans, it doesn’t get any better!”

The two Toyotas crossed the line fourth and fifth with the #5 leading the charge, the team’s recent form form not continuing in the Middle East to give the #6 a shot at the title. It was a quiet second half of the race was relatively calm for all six LMP1 hybrids, with Audi consolidating its lead in true ‘Audi’ style after the #8 made a tactical stop during the Full-Course Yellow period at the halfway marl to conclude what has been an emotional weekend for everyone involved.

LMP1 L meanwhile saw Rebellion Racing conclude the life of the R-One in faultless style with an eighth win in the class, beating out ByKolles’ CLM by three laps. 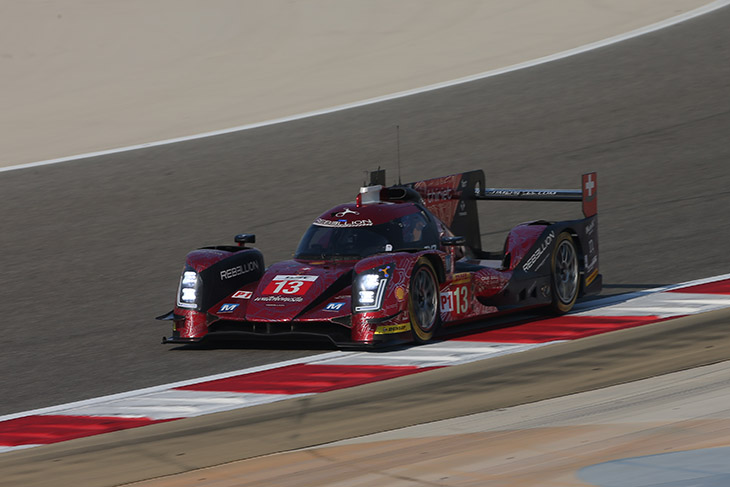 LMP2 however, came down to a battle in the closing minutes between the G-Drive Oreca and RGR Sport Ligier, which ended in Rene Rast, who drove from the very back of the grid, taking the win for the team after a gutsy move down the inside of Filipe Albuquerque at Turn 1.

There wasn’t as much on-track battling as Fuji, but the LMP2 class was just as hard to predict. It was a remarkable run from the G-Drive squad; Romain Rusinov and Alex Brundle in turn also putting in fine efforts to keep the car in the fight until the end. 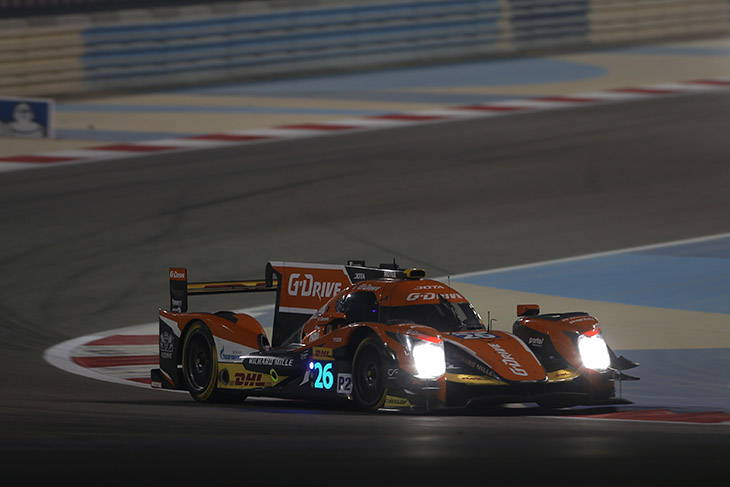 Coming home third, was the champions in the #36 Alpinem Stephane Richelmi, Gustavo Menezes and Nicolas Lapierre, who led for much of the first half of the race before slipping down the order during Richelmi’s stint at the end.

On a similar strategy of putting its Am in last, the #31 ESM Ligier also dropped down the field towards the end after Pipo Derani and Ryan Dalziel led the race after the halfway mark until Chris Cumming’s time in the car during the final 75 minutes.

The sister #30 ESM Ligier came home fifth, ahead of the #35 Baxi DC Alpine and #45 Manor Oreca in sixth and seventh.

In GTE Pro, the #95 Aston Martin of Nicki Thiim and Marco Sorensen beat out both the AF Corse Ferraris to take the GTE Pro Teams and Drivers Title for the British team, winning their third race of the season in the process. The titles for Aston capped off an incredible season for the British team, which has come on so strong since Mexico. 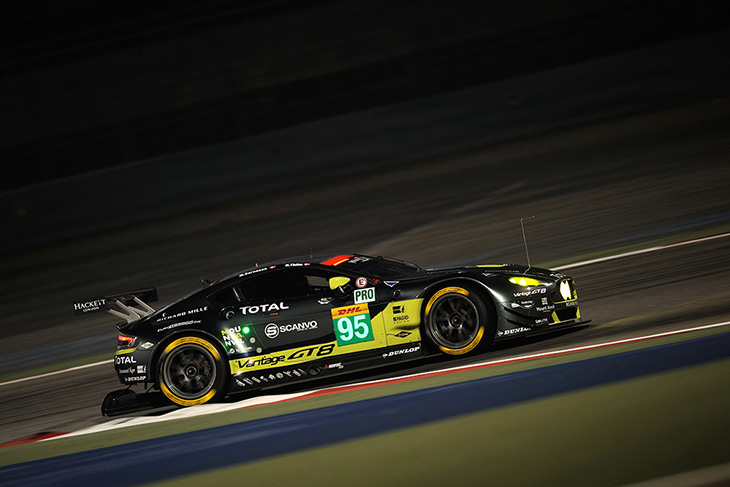 The GTE Manufacturers title though went the way of Ferrari, after the #97 Vantage of Darren Turner and Jonny Adam finished fifth after the car lost its wheel three hours into the race.

GTE Am saw the Abu Dhabi Proton team take the win after a great drive from its three drivers Pat Long, David Heinemeier Hansson and Khaled Al Qubaisi. Following the Porsche home was the #78 KCMG Porsche and the champions in the #83 AF Corse Ferrari 458 making up the remaining podium spots. 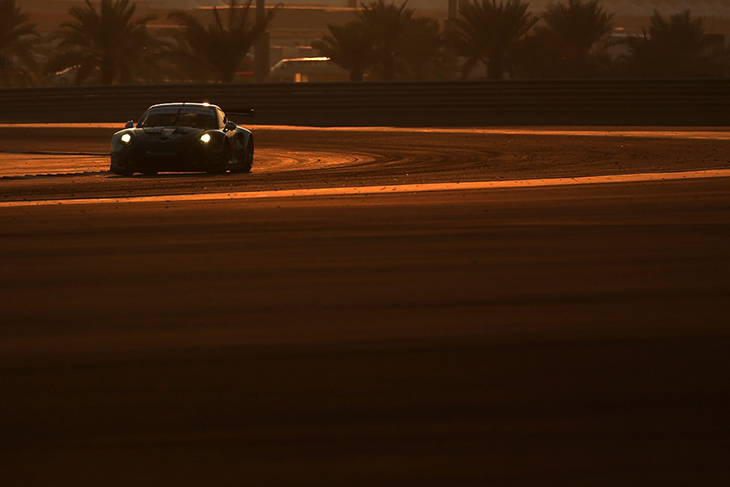 The GTE Am class was thrilling throughout, with five of the six cars leading the race at various points. In the end though, the Abu Dhabi Porsche stayed consistent and out of trouble while others faltered, or like the #83 Ferrari, took things steady.

The 2016 World Endurance Championship season has been historic, exciting, emotional and special for a variety of reasons; it will always be remembered for the incredible end to Le Mans, but also for acting as the stage for the end of the Audi-era in prototype racing, which saw the brand accumulate a remarkably lengthy list of achievements over the years.