Fernando Alonso has given his clearest indication yet that he will race in a Porsche LMP1 in the foreseeable future (Alonso is seen above in a visit to the Bahrain WEC paddock in 2015).

Speaking in a pre-recorded video message to Mark Webber at the end of season FIA WEC Gala in Bahrain, as the ex-F1 and now retired Porsche driver was honoured by colleagues past and present, the two time F1 World Champion said:

“You’ve had a fantastic career and now all your success with Porsche. You didn’t wait for me there, it would have been nice but you’ll still be around and I will ask you many things when I join your adventure.” 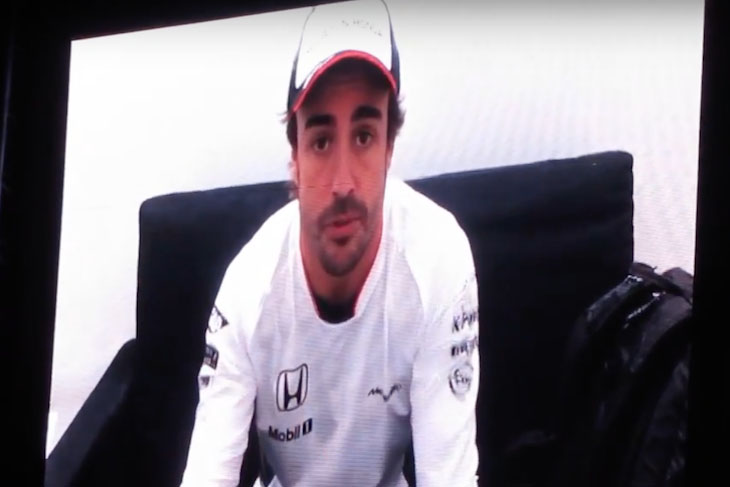 You can see Alonso’s recorded contribution to the FIA WEC’ tribute video below with Alonso’s words at 2:06.

A 2018 Porsche deal is understood to be on the cards for the popular Spaniard.

With thank to Jane Rowe for the capture of the big screen video.