Cadillac has revealed its new DPi-V.R which is set to compete in the full 2017 IMSA WeatherTech SportsCar Championship Prototype class with Action Express Racing and Wayne Taylor Racing.

The chassis for the Cadillac DPi-V.R was designed in cooperation with Dallara with styling cues inspired by Cadillac’s current line of V-Performance high-performance production models, specifically the Cadillac CTS-V.

“Cadillac is proud to return to the pinnacle of prototype racing in North America after a 14-year absence. Cadillac’s V-Performance production models — the ATS-V and CTS-V — are transforming our brand’s product substance, earning a place among the world’s elite high performance marques,” Cadillac President Johan de Nysschen said. “The Cadillac DPi-V.R further strengthens our V-Performance portfolio, placing Cadillac into the highest series of sports car racing in North America.”

The new Cadillac DPi-V.R will make its public on-track debut during a two-day IMSA-sanctioned test at Daytona International Speedway on Dec. 13-14, ahead of its competitive debut in January’s Rolex 24 Hours at Daytona. 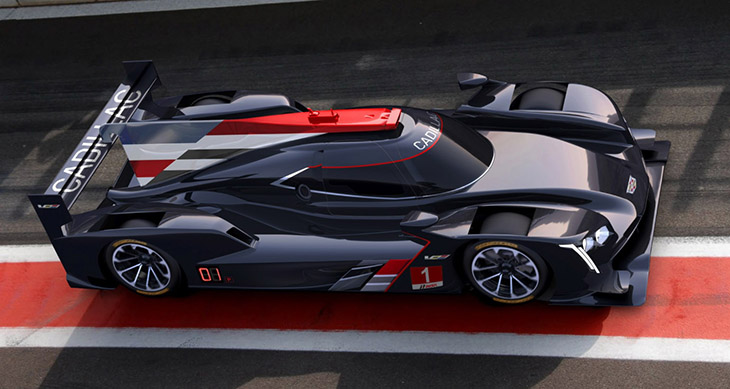 “Every detail of the final design was selected to support the car’s on-track performance and unmistakable Cadillac presence.”

“It is not possible to overstate how thrilled all of us at IMSA are to officially welcome Cadillac, one of the world’s most respected premium automotive brands, back to Prototype racing in the WeatherTech Championship,” said IMSA President Scott Atherton. “This is exactly the type of program we had in mind when we announced the Daytona Prototype international concept last year.

“As we open a new era of Prototype competition in 2017, we now have three benchmark examples of manufacturers using this platform to showcase their impressive and unique technology at the highest level. We cannot wait to get the new era underway in just a few short weeks at Daytona.”