If plans had come together (they didn’t!) the DSC Editor would be staying on for a further week in Japan to attend the NISMO Festival at Fuji Speedway next weekend, one of a series of annual fan-focused events sponsored by the major factories to show off their latest, and greatest motorsport and road going wares. 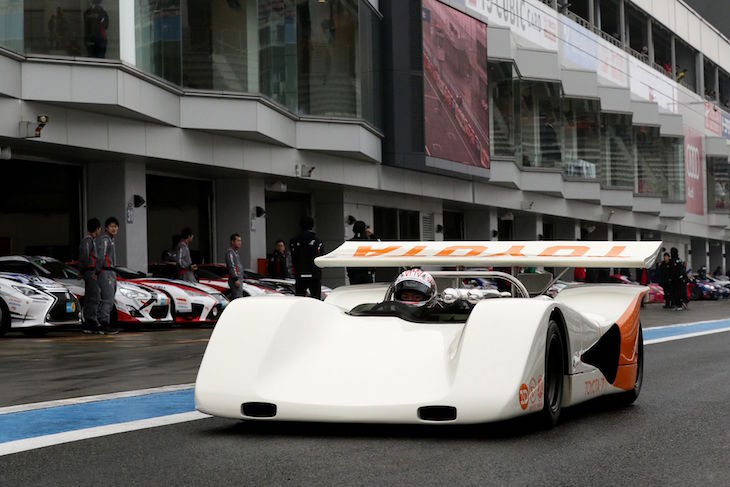 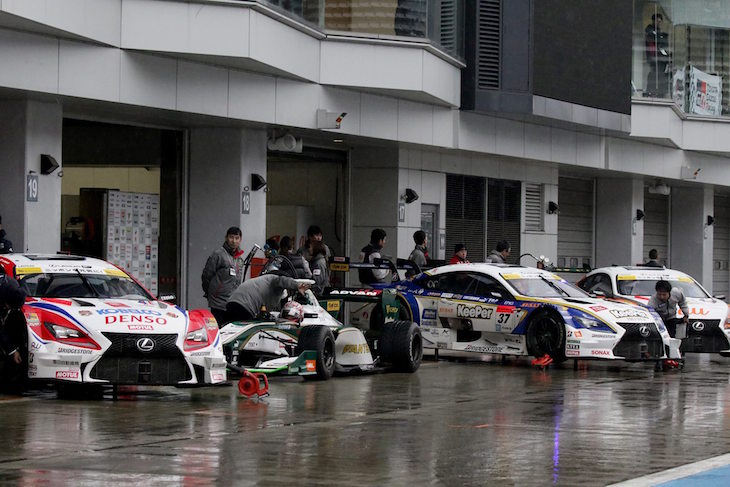 Toyota Gazoo Racing held their event here last weekend (above) 40,000 fan turning out in freezing and rainy conditions and Honda Racing’s ‘Thanks day’ takes place at Motegi this weekend with Jenson Button, Dani Pedrosa and Fernando Alonso amongst the guest stars, all three getting a chance to sample the latest Super GT 500 Hondas! 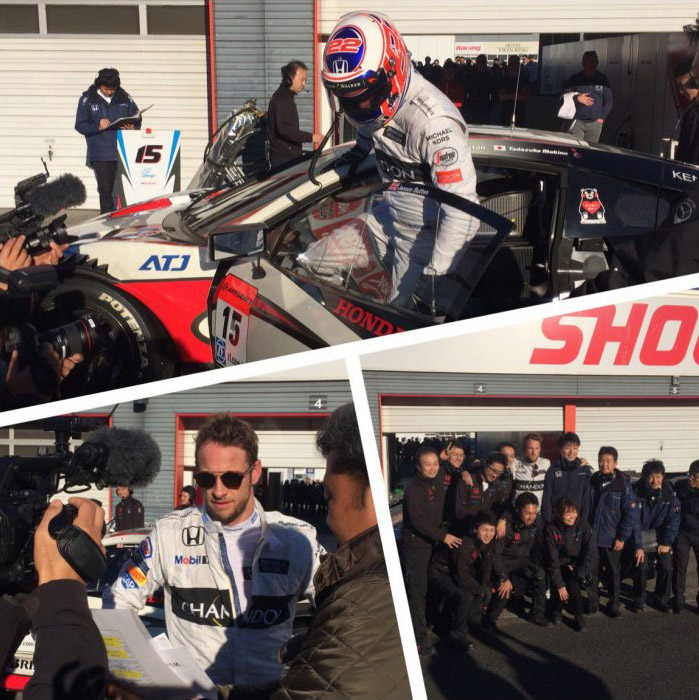 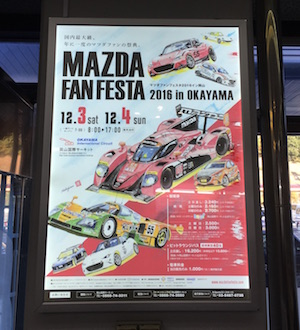 Mazda too have held their own event, John Doonan providing these shots of their meeting of the clans with IMSA drivers joining their Japanese colleagues ahead of the marque’s Fan Festa at Okayama.

It’s all designed, or rather arranged, to boost the enthusiasm for the way in which the manufacturers are promoting their image through motorsport. The fascination for these events from European and American audiences is fed by their eclectic content, and by the fact that there is little, if anything, by way of equivalence at home!

And then we arrived at Fuji Speedway to be greeted by a series of posters advertising a celebration festival for the facility’s 50th anniversary, a one day event on 12 March 2017 which will see classic F1 cars, Sports Prototypes and Touring Cars from throughout the circuits history on track and it is absolutely free of charge! 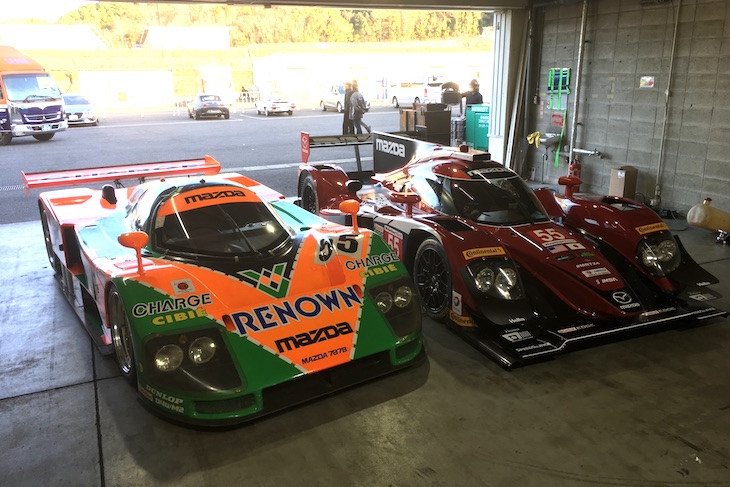 So far so good, but what’s my point I hear you ask?

The point came from a couple of conversations here with Ronnie Quintarelli, current Super GT star for Nissan NISMO. here to race in the Inter Pro Series, and with Andrea Caldarelli, Team Principal of FFF Racing by ACM and current Lexus factory man in Super GT.

Both tell of a simply huge and loyal following for the Super GT Series, “The crowds for the races easily outnumber those for the Formula One at Suzuka,” says Caldarelli, when we come here to Fuji the stands are full.” 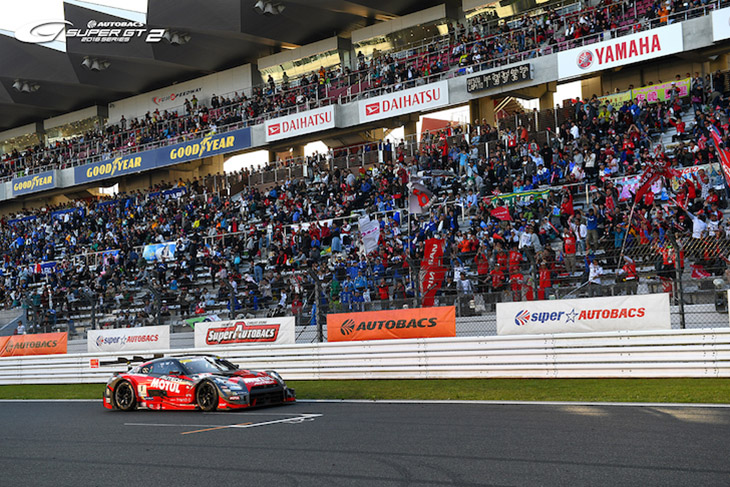 “The whole show is around the fans. And they come in huge numbers. It’s great to meet so many people who love the racing, and the brands, really a very special part of Super GT,” said four time Champion Quintarelli

The fan following, as with NASCAR in the USA and V8 Supercars in Australia is clan-like in its marque devotion.

It begs the question, what comes first, the chicken or the egg. Do you respond to a fan-base, or do you actively work to build it?

We have seen European factory events, Mercedes Benz’s Night of the Stars for instance and the Rennsport Reunion events in the USA for Porsche for instance, but it is fair to say that in terms of event activation there is precious little around on a meaningful level.

You do wonder whether the marketing teams are missing a trick here, an opportunity to show off their wares to an already knowledgeable audience with little or no ‘clutter’ from competing brands. The downside, if there is one, is that such an event could be a dead duck, somehow though I doubt it!

Ask yourself this. If you got an invitation to an event in the UK or elsewhere in Europe from an automotive brand with an opportunity to get up close and personal with their race cars, and stars, present and past, plus road car displays and some track action, would you go?

And would it make you just a tiny bit more likely both to go to another race event, and perhaps take a closer look at the road car brochures?