Ginetta always come up with something to raise the spirits of the Autosport Show and this year one feature is to be a livery common to the Ginetta G40, G55 and G57-P2 due to be on the stand.

And now you can be a part of that by designing the livery that will then go on to be used throughout 2017 on the factory’s test cars.

The winner will be given 2 tickets to the Autosport International Show to see their design brought to life, and Ginetta will also throw in a free ride in one of the Ginetta G40s appearing at the Adrenaline Zone at the show. 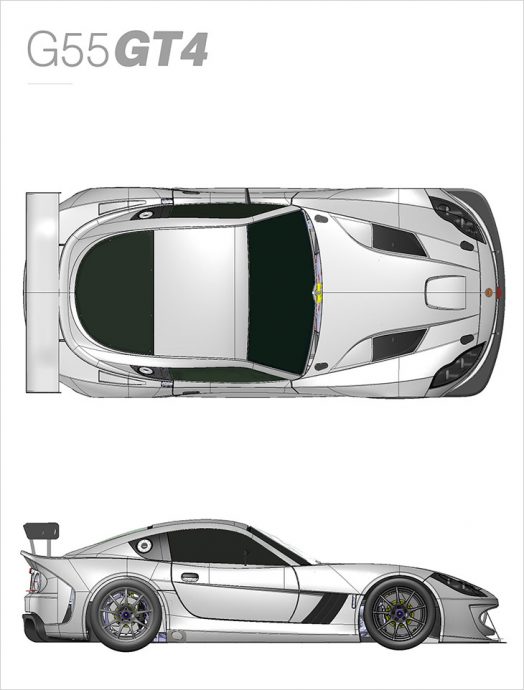 You’ll need to get your skates on. The Competition closes on 12 December. Details are Here

Whilst the US media attention is on economic invaders from Mexico (apparently!) it seems that there is a quiet invasion underway, from Yorkshire!

US race winning success had already come for one Ginetta G57 P2 in the Miami 500 last month, and a near repeat victory for the Ryno Racing squad’s G57 P2 at the Thunderhill 25 Hours last weekend garnered further attention, the two G57 P2s running first and third until a pressure regulator fault in a wheel gun damaged both cars. The #57 car came home second overall. 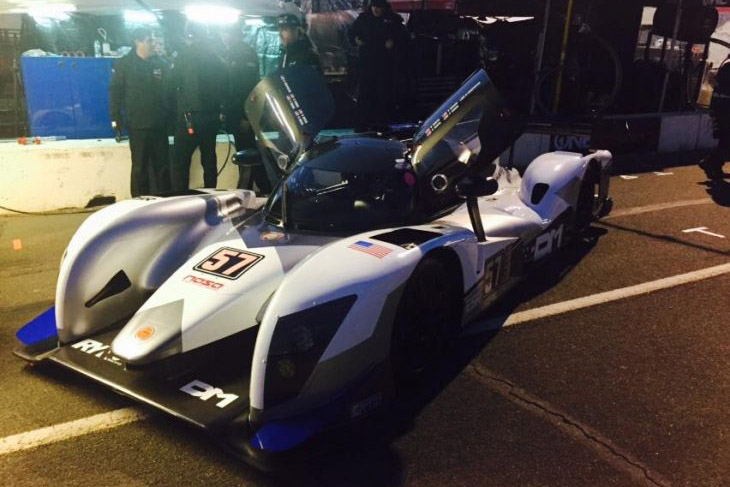 DSC understands that as a result of the recent performances a further 2 orders for G57 P2s have already ben placed by US customers (with further additional car orders also possible). 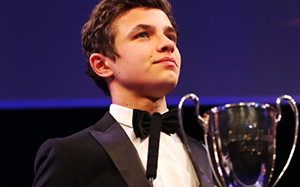 Lando Norris followed in the footsteps of Will Palmer on Sunday night (4 December) as he became the second Ginetta Junior graduate in as many years to receive the prestigious McLaren Autosport British Racing Drivers’ Club (BRDC) Award and be named British Club Driver of the Year at the Autosport Awards.

17 year Norris finished third overall in the 2014 Simpson Race products Ginetta Junior Championship, picking up four wins and the Rookie Cup title along the way. Since then he has won the 2015 MSA Formula Championship while this season claimed the Toyota Racing Series, Formula Renault Eurocup and Formula Renault Northern European Cup titles. Bristol-born Lando, also finished eighth in the BRDC British Formula 3 Championship despite only contesting half the season

As his prize, he wins a Formula 1 “test”, a funded simulator role and a fitness programme both with the McLaren F1 team, an Arai GP-6 RC carbon race helmet and becomes a full BRDC member. He was presented with the Award by Éric Boullier, McLaren F1 Racing Director, at the glittering awards evening attended by the sport’s leading personalities including 2016 F1 World Champion Nico Rosberg and Britain’s former F1 World Champions Nigel Mansell and Damon Hill.

Lando Norris: “I’m honestly overwhelmed to win this prestigious prize that caps off an incredibly successful season for me. To be voted by the [Autosport] readers and to ultimately be chosen by the judges is a dream. The McLaren prizes can only help me in my quest to ultimately reach Formula One. It’s now my job to keep working hard and stay focussed to achieve this goal.

My favourite car I drove in the ‘shoot out’ at Silverstone was the 2016 Mercedes DTM car. I loved every moment in it, the downforce being particularly surprising. The toughest to get used to quickly was the GT3 car. It was the most different to what I’ve ever driven. The DTM was ‘different’ but more similar to a F3 car, so I felt comfortable in it pretty quickly.

The weather at times was a little tricky for one session on the opening day being half wet, half dry. The first time I used a simulator was in 2014 when I was competing in the Ginetta Junior Championship. I have since driven a number [of simulators] but the McLaren one was to the highest level and unsurprisingly extremely professional. The fitness tests were pretty tough featuring endurance and strength tests.”

The McLaren Autosport BRDC Award dates back to 1989 and was established to reward and recognise the best young racing talent from the UK. Members of the public are initially invited to nominate drivers before a shortlist of finalists is decided upon by the Awards judging panel.