Day One of the two day IMSA test at Daytona International Speedway saw early issues for the Cadillac DPis as a Cosworth software update stalled the trio of new Dallara chassied cars. 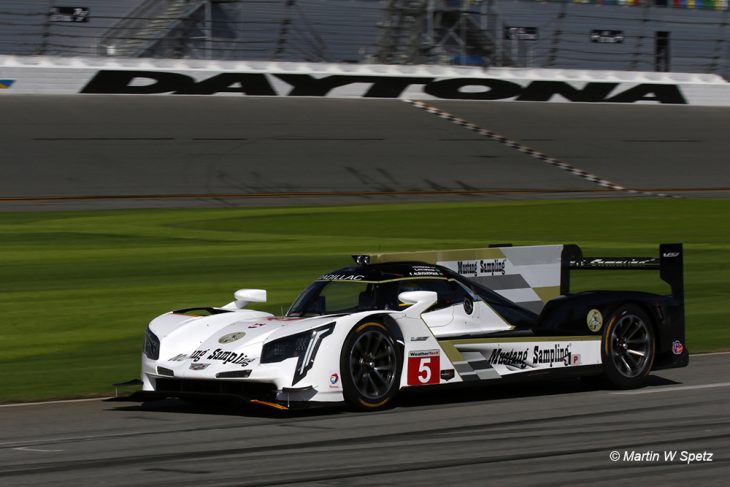 As Cosworth worked to fix the issue only the #5 Action Express car made it onto track for session 1, but the upside was that it went fastest in the session, (1:41.104) in the hands of Joao Barbosa. 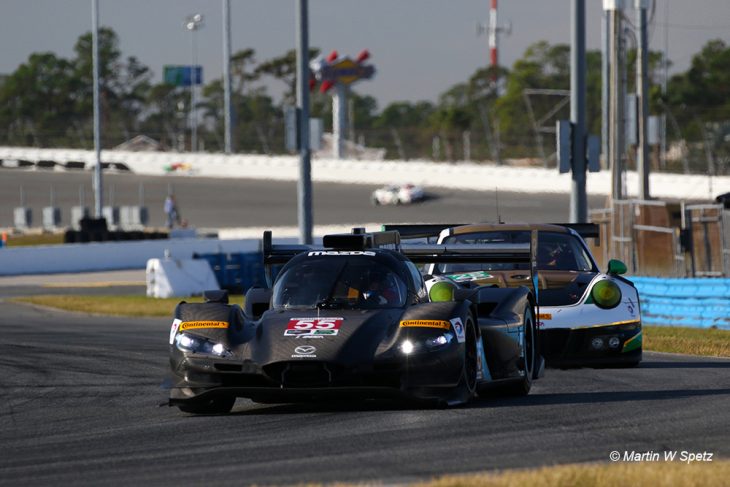 That was under two hundredths up on the chasing #55 Mazda DPi and a couple of seconds clear of the #90 Visit Florida Riley Gibson. 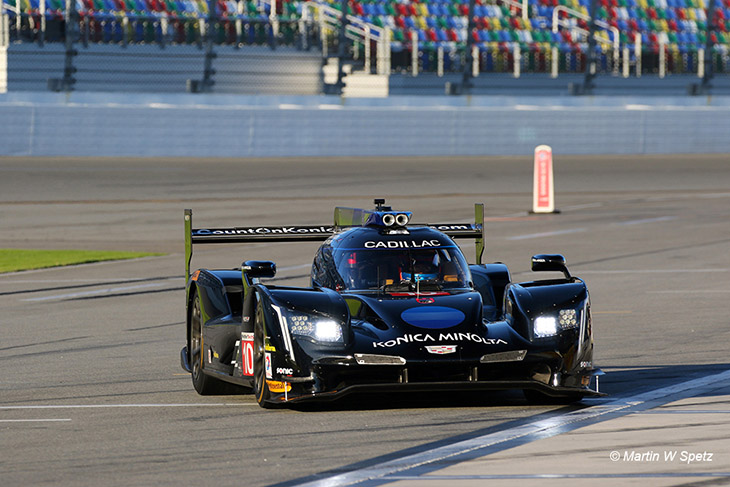 By session 2 the other pair of Cadillacs made it onto the track, albeit for short runs only – again though that didn’t prevent the Dallara based cars from taking the top times, Mike Conway taking the #31 car around in 1:38.766, half a tenth up on the Wayne Taylor Racing car of Ricky Taylor with the #5 Action Express machine making it a Caddy 1,2,3 with the #90 Riley Gibson a couple of seconds down and the Mazda DPI, also battling teething troubles, a further second back. 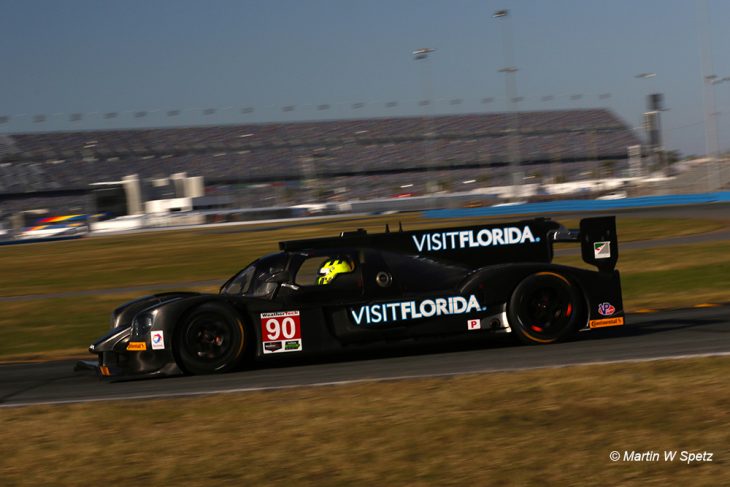 Antonio Garcia laid down the fastest GTLM lap of the day in the morning session with a 1:45.442 in the #3 Corvette, the Vettes and Fords to the fore in Session one, but the Fords setting a 1,2 in Session 2, albeit marginally slower than the earlier session topping times. 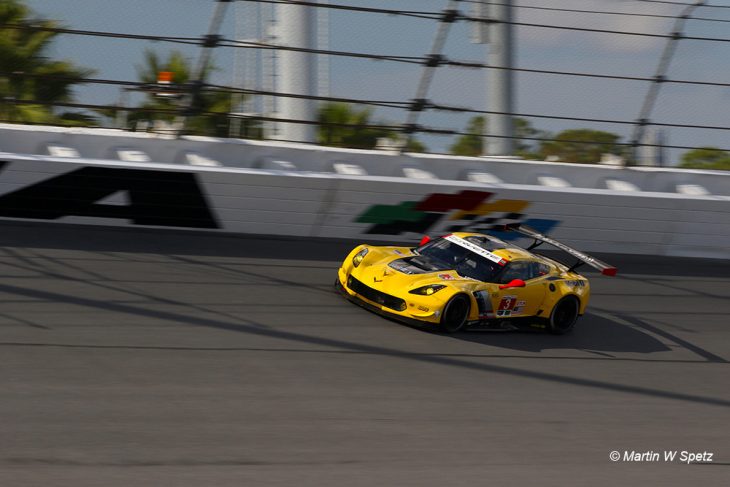 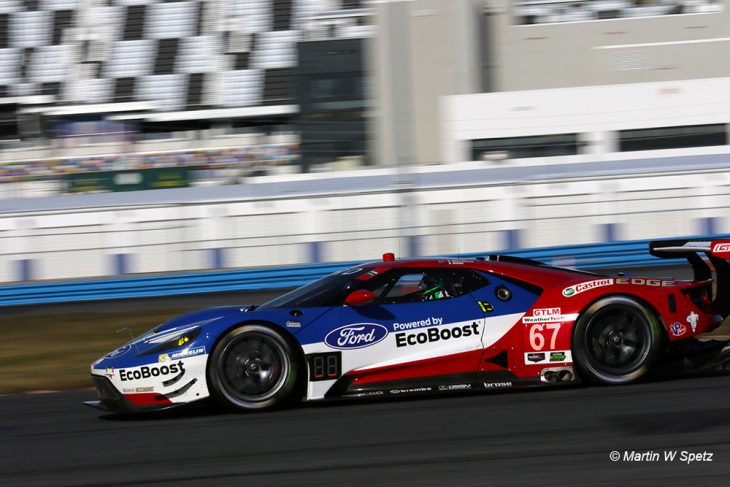 The new Porsche’s meanwhile were a second or more off the class leading pace. 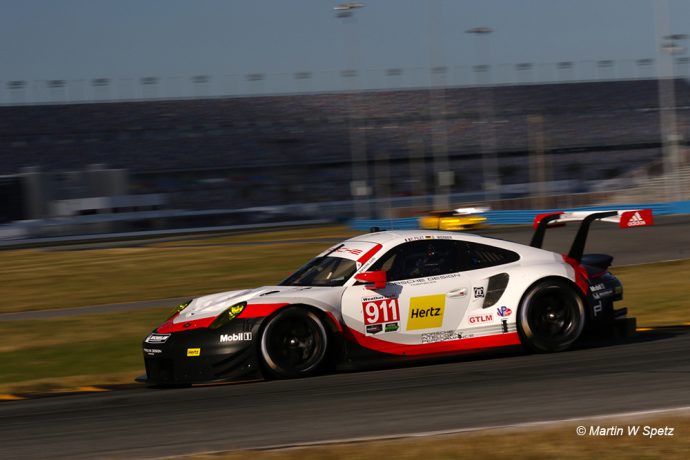 GTD saw the addition of the Alegra Motorsports Porsche making it a 29 car test entry, Michael Christensen listed as doing double duty alongside his ‘day job’ in the #912 GTLM Porsche. 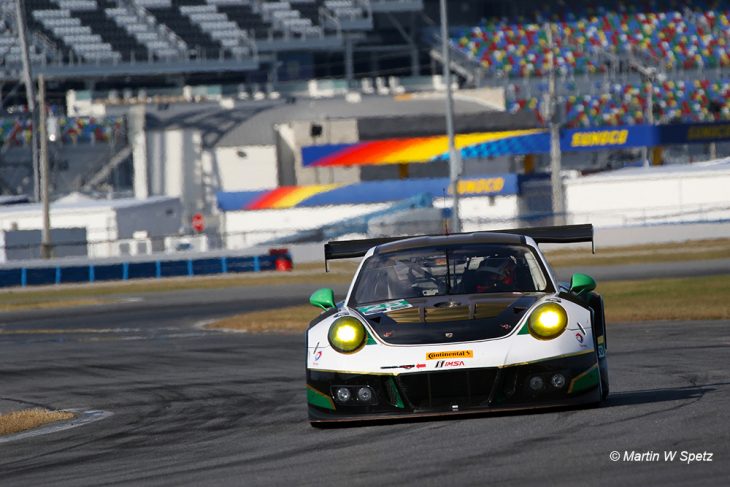 Paolo Ruberti set the fastest GTD time of the day in Session 1 aboard the #27 Dream Racing Lamborghini, a 1:46.957 putting the Huracan amongst the GTLMs! 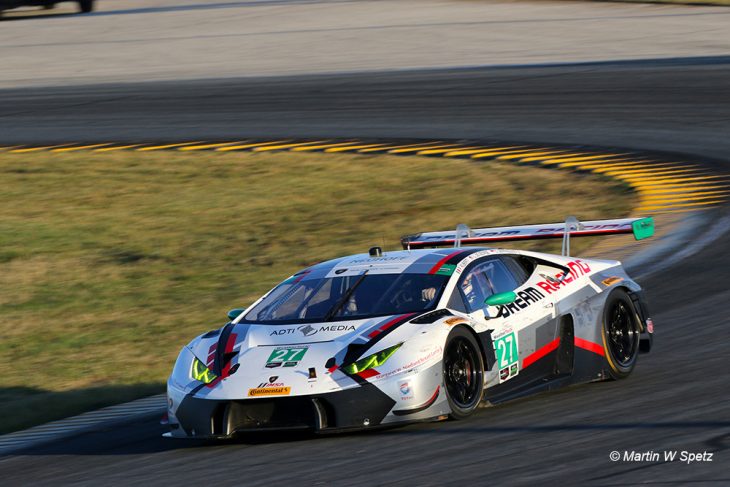 The Stevenson Audi was second fastest in the morning session but it was an Audi fastest in the afternoon, this time though it was the Montaplast by Land Motorsport R8 LMS, a 1:47.859 beating out the EBIMotors Lamborghini and the #75 and #33 AMG GT3s. 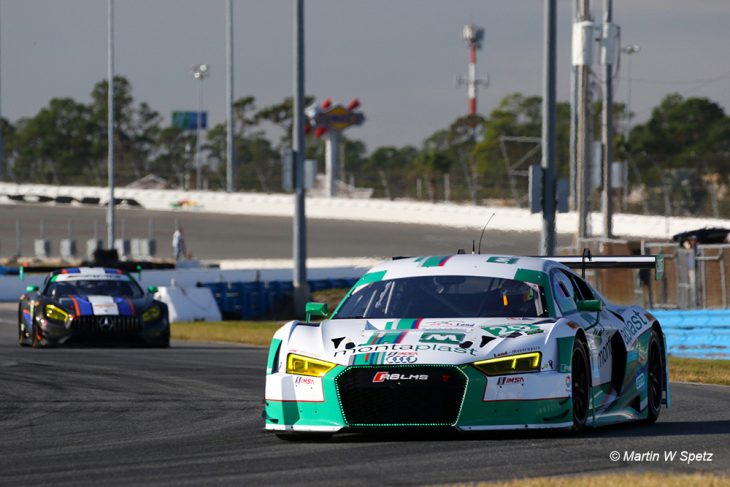 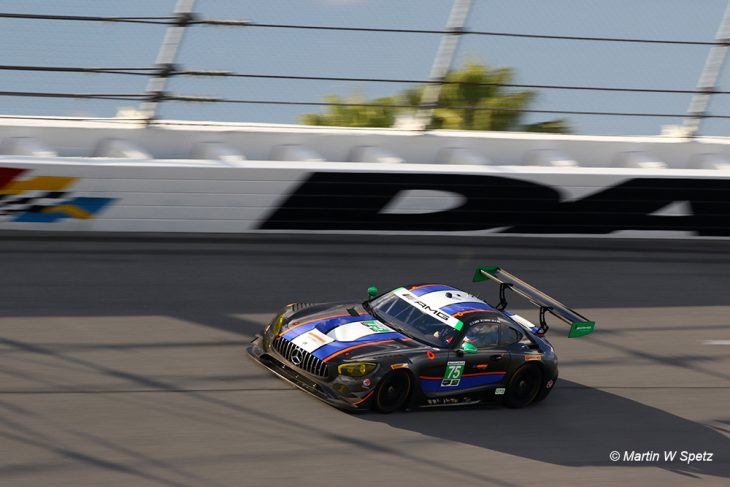 The new Acura and Lexus GTD runners meanwhile all circulated, a little off the ultimate pace as the Michael Shank Racing and 3GT squads progressed with the job lists, gathering data and pace. 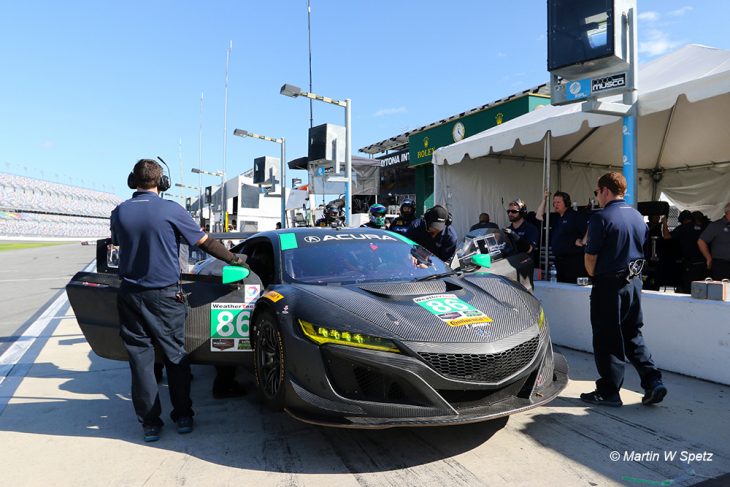 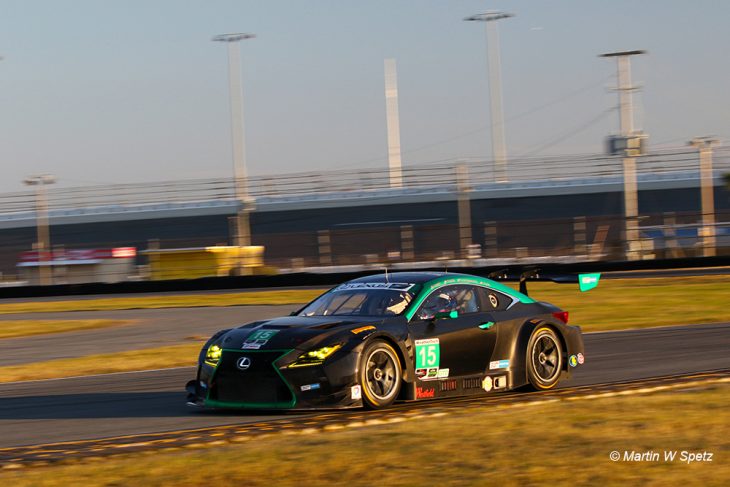 Marshall Pruett at Racer.com is providing an excellent analysis of the comings, goings, happenings and emerging stories from Daytona, including some video of the new Prototypes.