Dean was able to give DSC a true insight into where United is now, and where it’s headed going forward, with multiple roles and programmes across Europe expanding the company rapidly.

Part 1 looks at its current and future role in the LMP3 market, racing and selling cars for Onroak, winning titles and exposing the car to potential UK customers:

So Richard, let’s start with LMP3, you must be mightily impressed with how the category has grown and how important of a role United is beginning to play in it?

“Clearly we’ve had a really close up look at the LMP3 series’ and the cars at United. I’m not at all surprised that it’s taken off in the way that it has when you look at the options in international motorsport, when you have a car of that pace, that quality at 206 thousand Euros. 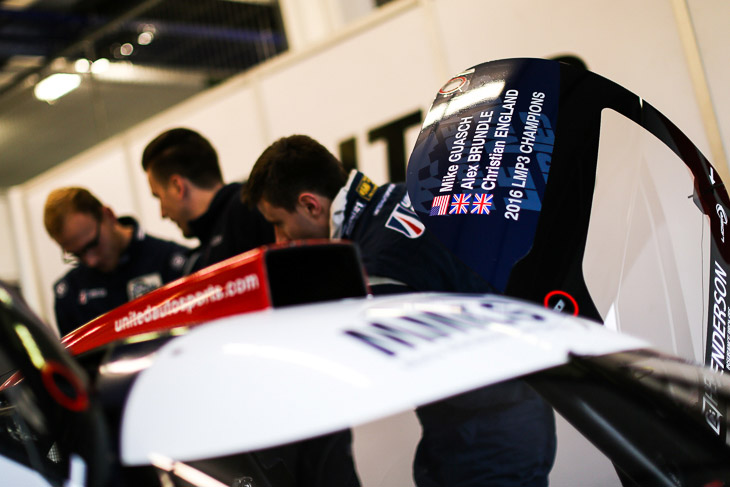 “Ginetta came and kick-started it, and now Onroak have sold over 70 JSP3s, they’re in the high 70s now in just over 12 months. It’s an amazing story but Ligier unfortunately haven’t had competition, Ligier has been left to dominate the market. I’d really like Ginetta to come in and bring cars and make it more competitive.

“Because they have gone down a different route though Ligier has had to step up to do that. It’s impressive, because you can’t just suddenly manufacture these cars in volume, a production line is not an easy thing to do if you want to maintain the quality that they have.

There are LMP3 series popping up everywhere now, in the UK, China, Italy

“They make six cars a month now, which is phenomenal but they need to do that to feed the global market. As we’ve seen, there are LMP3 series popping up everywhere now, in the UK, China, Italy.”

We’ve seen lower-level prototypes come and go over the years with varying levels popularity, but none have suddenly boomed like this. How much of it is the actual car, and how much is the ACO-backing it has?

“You could argue that a CN cars and Radicals are great cars, but they haven’t taken off like this. The whole package has to be right. We can give a lot of credit to Ligier for LMP3, but actually the credit starts with the ACO, they created the series and have done a job that’s so simple but so effective. The ACO has controlled the cost of racing, the cost of parts, and that’s a big part of this.

“Then having the ACO be able to offer ELMS, AsLMS and Road to Le Mans, it gives it a credible platform, at premium events on premium circuits. The whole package is right.” 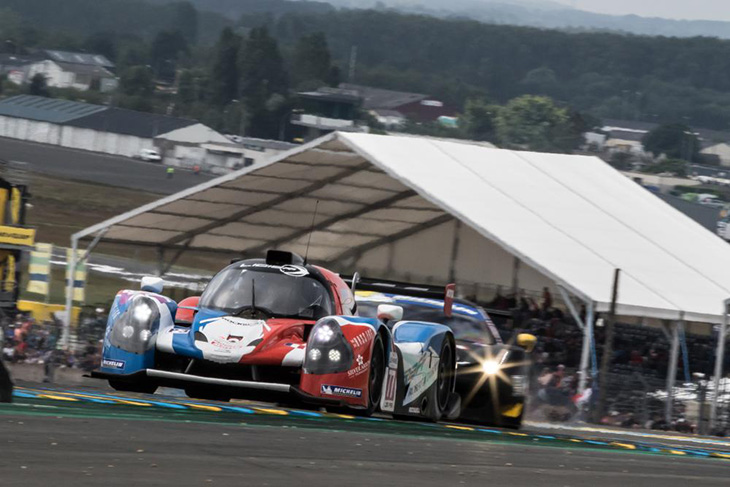 How easy is it for United Autosports to sell these then? It appears to be a simple process…

“We always have a new one in stock at the workshop, so that when people come to look at the car, they see it up close.

“When they do that, they are always shocked at the quality of it, they expect us to take the engine cover off and see that it’s an economy car masked by nice bodywork. But it isn’t.

We always have a new one in stock at the workshop, so that when people come to look at the car, they see it up close

Let’s talk specifically about you guys becoming UK agents for Ligier’s LMP3 cars. How did that come about? Did you see an opportunity there and approach them, or was it Onroak who came to you?

“I approached Ligier, but it was almost like we came together at the same time. We’d bought our two LMP3s this time last year for the ELMS and we were waiting on the delivery. So we went to the factory at Magny Cours in the meantime and I asked if they had any agents worldwide, and they didn’t, they were selling everything centrally out of Magny Cours.

“They then asked me why they weren’t selling many into the UK, whether it be the language barrier, or the proximity of England to Magny Cours, and it naturally formed a partnership. 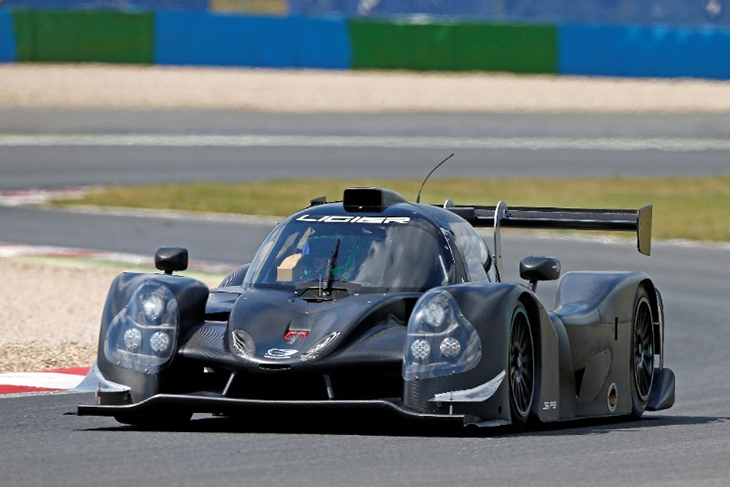 “We thought that if it is a language barrier, we can make it easier for British teams, it can be anything from sales to shipping parts from England instead of France. We now stock all the spares, can do track support and assist British teams with issues.

“It worked straight away. We agreed the agency deal at Silverstone on the Friday of the ELMS meeting, and by the time I left on Sunday we’d sold four cars!”

Looking at the year as a whole, is it what you expected in terms of sales? You’ve been doing plenty of work testing with potential customers…

“We’ve sold a lot, and there isn’t even a series in the UK yet. There are 14 cars which have come through us, not all of them will end up in the Prototype Cup, some are just for private testing, track days, that sort of thing.

“We’re still getting enquiries now, and we are heading to the Autosport Show in January as Ligier UK, to demonstrate that we are a Ligier support unit rather than a race team. We have divided the company now.

“It makes me hopeful that the British series will continue to grow.”

The event at Snetterton showed that the British Prototype Cup has a real foundation didn’t it? There wasn’t a huge amount of cars, but there were a lot of interested people there to see what the series may look like when it starts next year.

“The lifecycle of the car is going to be good. It hasn’t been announced, but everyone knows it’s coming, that the British Prototype Cup is sanctioned by the ACO. It’s not a rogue series that will accept any sort of prototypes. 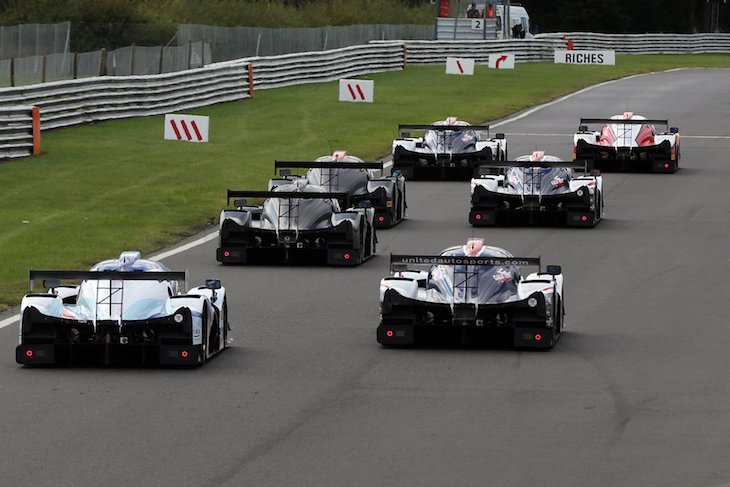 “It was a big risk to run that race at Snetterton as a non-championship round, because it could make or break the championship. If you do a demo race in October when everyone has already spent their budgets and want to save money for next year, it’s hard. But they didn’t fall on their face.

It was a big risk to run that race at Snetterton as a non-championship round, because it could make or break the championship

“14 cars in year one would be a good result, but if not it will get there. We will enter cars next year, to help create momentum for the series, but this time next year we won’t be. When it grows, we will step back and just provide on-site assistance to the teams there. We want to just race in the ELMS or maybe the Asian Le Mans Series long-term.

“In the coming weeks you’re going to see a lot of positive news stories surrounding the British Prototype Cup.”

It’s an interesting balance for you, racing against the teams you’re selling cars to, because you could be seen to have the chance to take a tactical advantage, and have little bit of control over teams you’re competing against. How do you ensure that doesn’t become a factor?

“I can see how other teams would see a potential conflict. Trying to manage that is going to be interesting over the next 12 months. We want to put two cars on the grid because we want series’ like the Prototype Cup to have a good grid.

What I hope we can demonstrate to the customers we’ve got is that we are very open to them, we are trying to be as helpful as possible with parts, data

“We’re also encouraging drivers to contact teams we are selling to, because we can’t run everyone, and we get enquires all the time.”

Will this ever expand to LMP2, or is LMP3 your only focus?

“No, LMP2 is much smaller, and Ligier can manage that centrally. They’re geared up for that, Le Mans is the LMP2 office there, and because there’s a big difference between 70+ LMP3s and maybe 10 LMP2s. LMP3 is so global that supporting customers after they get their cars is tricky.

“It’s our job now, when people have enquires in the UK, we’re taking the pressure off Onroak.”

How much time day-to-day does the Ligier UK side of United Autosports take now then?

“It’s ramping up, we used to have a person in each part of the team who would deal with it. Now we’re getting to over double figures of cars we have sold, we are now recruiting people dedicated to the Ligier side so we can keep up with our requirements for supporting those teams.”