As always there is much to talk about in GTE. The FIA WEC contest saw things come down to the wire in Bahrain but the undercurrent was all about one thing, Yep, you’ve guessed it Balance of Performance. 2016 saw adjustments across a nine race Championship into double figures, a situation regarded by many as farcical, and recognised even by those responsible for the current system as unsustainable.

One likely solution could be to de-couple the BoP process for the Le Mans 24 Hours from that applied to the 6 Hour races – factory posturing for Le Mans dominating the visible performance before June and leading to much recrimination in 2016. We’ll see!

The bigger news for 2017 though is that, for the first time, the FIA WEC GTE pro teams will be fighting for full FIA Driver and Manufacturer World Championships, a long-argued case finally won at the end of 2016, recognising the global nature of competition, the full factory nature of the teams and the current and potential growth of the Championship.

As recently confirmed another part of the puzzle that may well see major on-track changes is a major reduction in the numbers of tyres permitted to be used in Qualifying an the race for the 6 Hour events.

2016 saw six sets available to be used across the qualifying session and the race – 2017 sees that reduced to just four! That means that full double stinting is essential across the board, a major shift for the teams, and for their tyre suppliers! 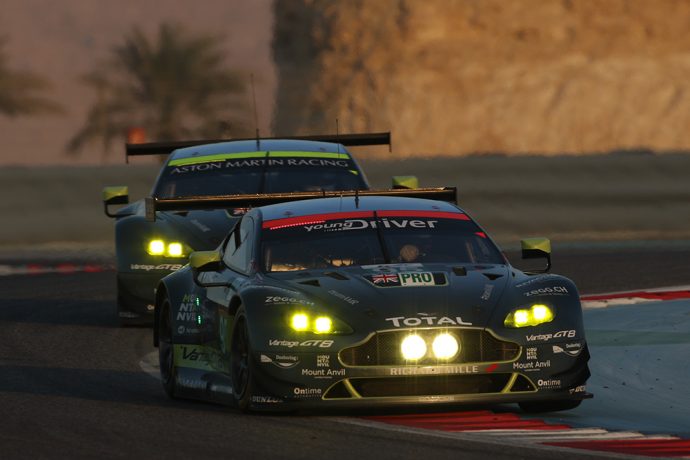 After a highly successful 2016 season, drivers and teams titles going to the AMR #95, and in the mix for the Manufacturers title too until the last round, the Vantage GTE is set to return with at least a single car, and likely a pair.

It’s fair to say that Aston Martin’s 2016 form surprised many, not least the competition. Ahilst many paddock watchers pointed the finger at the Balance of Performance process others observed, very correctly, that the technical partnerships with Dunlop, and with Total, paid dividends. They were introduced last season, and truly helped the Aston Martins stay on the upside of a Balance of Performance melee.

Look out for a potential surprise on the driver front here! 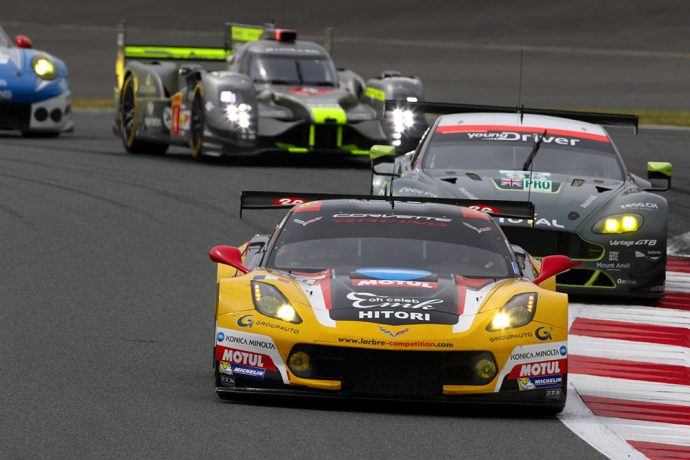 Will they, wont they? Jack Leconte has made it clear that he has submitted a business plan to General Motors/Corvette Racing to enter a Pro class C7.R in the 2017 FIA WEC via his Larbre Competition outfit.

It’s not the first time that a proposal like this has been made but there is pressure mounting for the Chevrolet boys to step up – in particular with potential GTE Pro numbers growing – to secure their Le Mans slots.

The confirmation of Corvette’s retaining their full-season drivers partially closes one door to full collaboration. Could 2017 be a year early for the move? Either way this would be a single car effort. 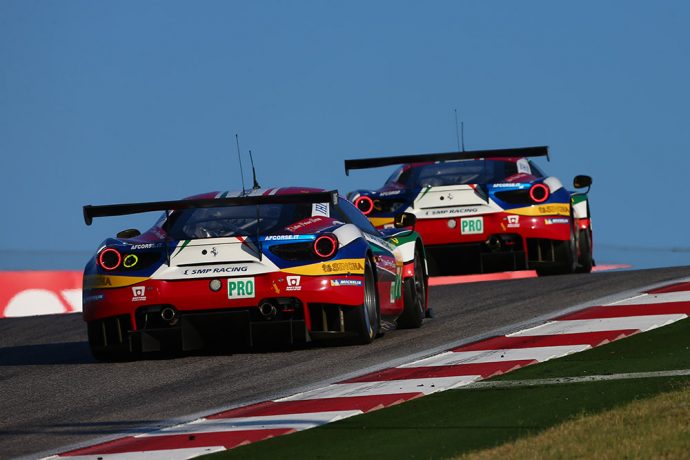 Despite their regularly very effective lobbying on BoP taking a new step in 2016, active inference of withdrawal not the classiest move ever from Ferrari, there seems little likelihood that there will be a change in focus for 2017 in the wake of the return of the Manufacturers Championship to Ferrari (from Porsche). A pair of AF Corse run Ferrari 488 GTEs – still with some backing from SMP Bank – look set to return.

One potential change may come on the driver front – not for the first time two factories are squabbling over a driver’s contract – and in this instance it seems that might well prove rather costly for the man concerned! The key point here though is whether this is a real potential move – or whether it is internal politics at play – again! 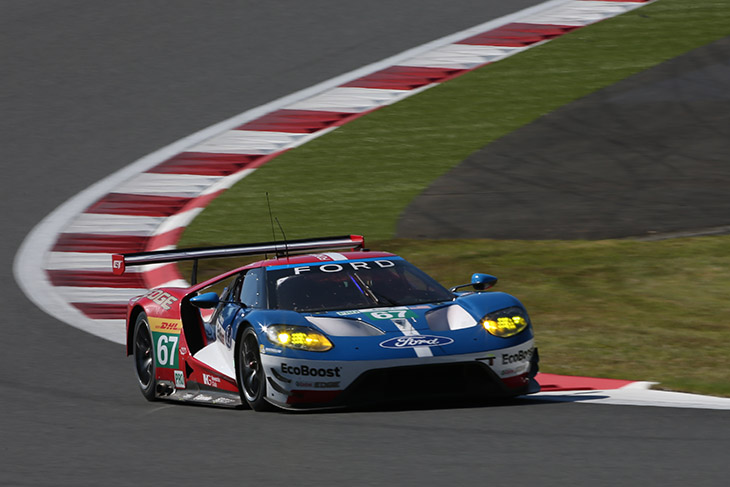 Race wins were coming by the end of 2016 for the very new Ganassi Racing Ford outfit. With production of the road cars now underway a remaining niggle about the ultimate validity of the car’s homologation should now be hushed too.

The two-car WEC effort is confirmed already, the only potential variable is on the driver front where there is likely to be some mild tweaking with a couple of big names interested in finding a berth.

Whether any additions come as full season, or Le Mans/Spa only remains to be seen. 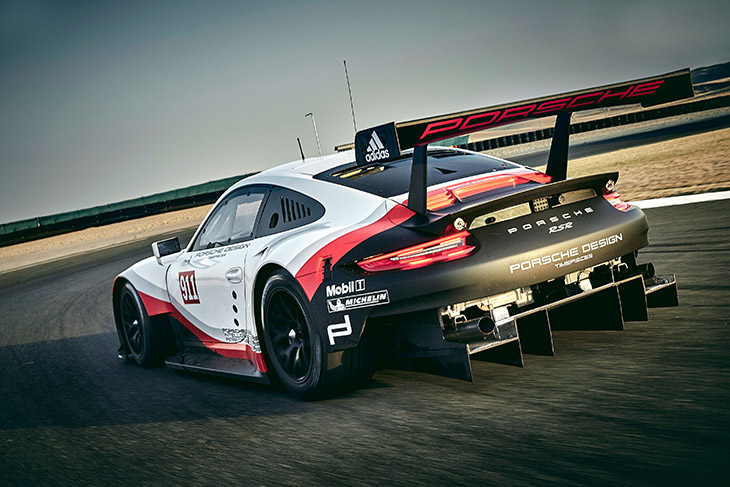 The Dempsey Proton placeholder served a purpose but it was a miserable season for Richard Lietz and Michael Christensen in a car that was clearly outclassed.

The new Porsche 911 RSR though is a very different kettle of fish. Now mid engined, with a stance that clearly recalls the 911 GT1s of old, the new car is understood to have performed very well indeed in pre-season testing.

Whether retaining a normally aspirated engine proves to be the correct call will emerge in due course but for now we can say that this is a new and exciting addition to a GTE Pro pack that looks set to see fairly rapid expansion in the coming years.

Richard Lietz, Michael Christensen and Fred Makowiecki are already confirmed for the full-season effort but see Ferrari above for the current enigma around a fourth possible name in the frame!

The question very much in play though is who is playing who!

Not a 2017 entrant but get set to start seeing more of the 2018 MTEK run effort in testing through 2017 – believed to be based around the forthcoming M8 platform.

The potential numbers in the Pro-AM GTE Am class are always more in question, relying as they do on private finance, and on a very competitive marketplace.

The 2016 GTE Pro cars are now eligible for GTE Am though there is no sign just yet of Ford releasing a GT for such a programme. 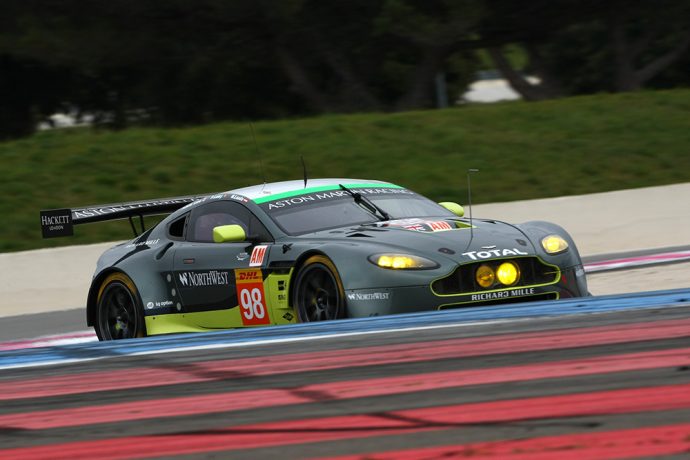 It seems very likely that the #98 of Paul Dalla Lana, Pedro Lamy and Mathias Lauda is set to return, very likely utilising the Dunlop rubber successfully deployed by the factory team last year after a mid season switch to Michelin (the 2015 customer Dunlops not on the same level as the 2016 offering – GTE AM mandating year-old tyre specification as a cost cutting measure).

Dalla Lana made it clear to DSC some weeks ago that he was testing the Aston in 2016 form, the car believed to offer a more stable platform than its 2015-spec predecessor.

Don’t count out either a second customer car, Aston Martin’s excellent GTE Pro form in 2016 was not missed by potential customers, The post-Bahrain test saw lots of interest from other potential GTE contenders with Khalid Al Qubaisi circulating in a Vantage during the test. 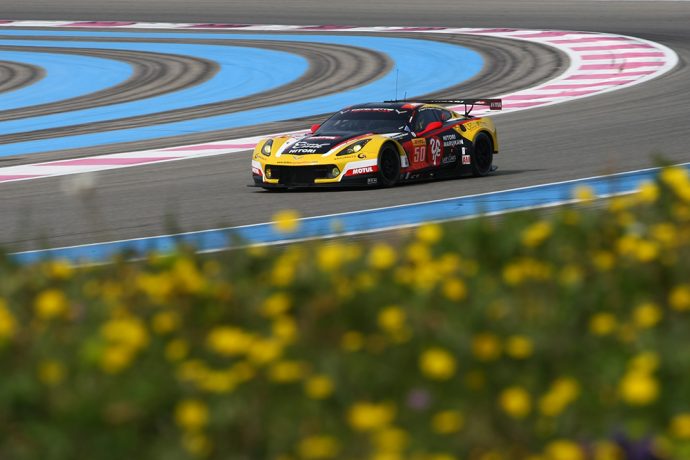 Jack Leconte from Larbre Competition has made it clear several times in conversation with DSC that his aim is to field a two car effort in the FIA WEC with a car apiece in the Pro class – and in GTE Am. The team though struggled for results in 2016, with its Pro drivers, Paolo Ruberti, and latterly Ricky Taylor, performing very well, but the Gentleman drivers struggling to keep the Corvette in contention. 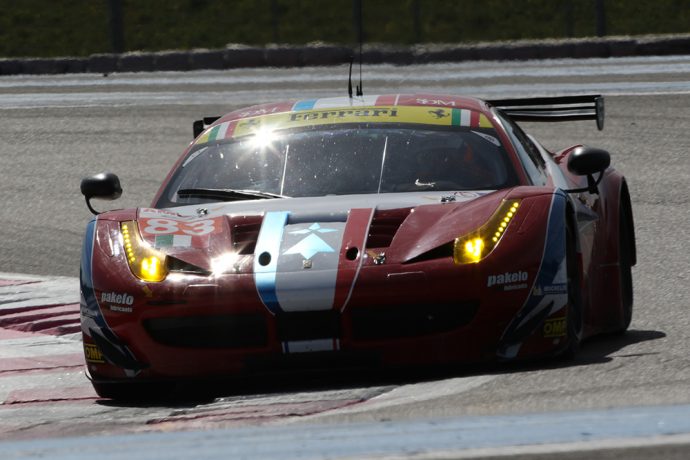 With Francois Perrodo stepping up to LMP2 (with TDS Racing) there is no immediately apparent AF Corse customer for 2017. Rather ironic bearing in mind the machinations over whether or not the 2016 cars would be accepted into GTE AM for this season.

Amato Ferrari and co though are past masters at finding takers for their programmes – don’t be too surprised if something pops up on the entry list!

An earlier possibility of an SMP Racing GTE Am programme faded towards the end of 2016 but with the organisation’s 2018 LMP1 programme seemingly in some strife a change there is still possible.

One Ferrari that does seem set to feature, at least for a part season, is the Clearwater Racing outfit; though DSC understands a full season may not be possible. A race by race entry from the Singaporean outfit though would be a welcome addition. 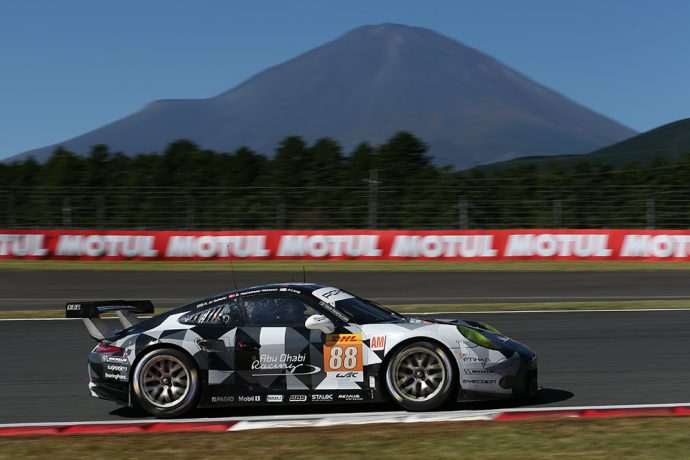 Christian Ried was amongst the voices suggesting that a move to the 2016 cars was premature in the GTE Am class, this position influenced in no small measure by the relative lack of competitiveness of the 2016-spec 911 RSR.

The principle of BoP suggests that a 2015 car should still be balanced into competitive form in this company but Proton Competition have only one 2016 car in their fleet, and a hefty six figure bill arrives with any other conversions (the team have four 2015 911 RSRs).

Expect at least one Proton entry for FIA WEC. The KCMG programme meanwhile, which was earlier in 2016 said to be returning now seems in doubt, and at least two customer drivers in 2016 (Khalid Al Qubaisi and David Heinemeier Hansson) have confirmed they are likely to race elsewhere in 2017.

An additional car is not counted out and the choice of 2016 or 2015 spec will depend on levels of comfort ref Balance of Performance!

Final confirmation is also awaited on a return for the Gulf UK Porsche effort. The effort began to come on strong in the latter races of the 2016 season with Ben Barker proving himself a real star, Adam Carroll too was rapid. Mike Wainwright was picking up pace too as the season progressed.

No news at all though as to whether the car would be upgraded to 2016 spec if it returns, or whether the team would look for a balance of performance solution in 2015 configuration.