Garth Tander will join a host of Factory Audi drivers as part of a two-car JAMEC-PEM racing squad, fielded by Audi Customer Sport Racing Australia, at the Liqui-Moly Bathurst 12 Hour next month.

Tander will be joined by works Audi drivers Christoper Mies and Christoper Haase in an all-out attack on the around-the-clock enduro.

Mies is a two-time Bathurst 12 Hour winner, scoring victories in 2011 and 2012 with Audi, while Haase also has several 12-hour starts to his credit.

Tander also unveiled sponsors for the JAMEC-PEM squad to debut at the 12-Hour, Valvoline and C.H. Robinson to join the squad for the first time this February. 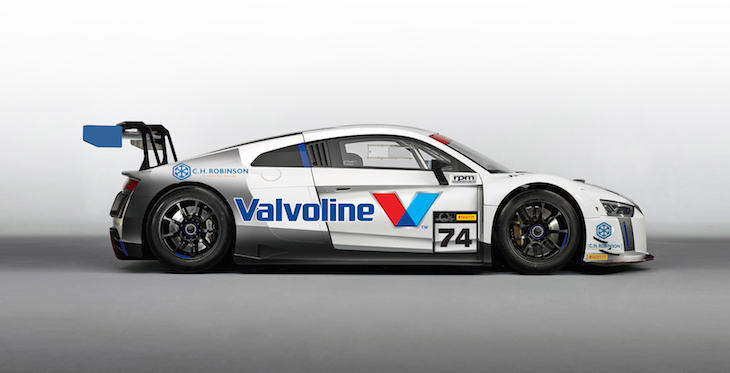 With the existing JAMEC-PEM Racing Audi R8s sold to new owners, a pair of new Audi’s are currently en-route to Australia to be prepared for the February 3-5 event.

“It puts us in good stead for the race having seen the drivers announced by the other factory teams running all-pro driving line-ups,” Melbourne Performance Centre’s Troy Russell explained.

“Garth is a great asset and has definitely worked out GT racing, which is a bit different to other cars. He’s as quick as any of the professional factory drivers.

“The other guys are very experienced in Audi’s and a lot of them have Bathurst experience, so it’s a good team.

“We are also very pleased to welcome Valvoline and CH Robinson to the team. They are two new sponsors to GT racing and it’s great to have them on board.”

Russell paid tribute to JAMEC-PEM racing owner Steven McLaughlan, who was unfortunately ruled out of contesting the race himself following an accident late last year.

“Steve unfortunately had an accident and suffered a broken bone in his neck. He was planning to run one all-pro car and drive the other himself in pro/am, but obviously that isn’t going to happen,” Russell explained.

“When he was ruled out he decided to run two all-pro cars which is a great testament to his support of the race and the team.”

It was announced just before Christmas that Supercars star Lee Holdsworth would join Marc Cini and Dean Fiore in the team’s Hallmarc Property group entry.

The team will confirm their remaining combinations within the next two weeks.