The race in the 2017 Rolex 24 Hours GTLM class has all the makings of a classic, with new faces in new places, in some instances driving new cars.

This year, Ford, Ferrari, Porsche, Corvette and BMW are all present again, with Ford bringing a quartet of GTs to the party and Porsche debuting its brand new 911 RSR with a tweaked driver lineup. There are no weak links here, so expect it to be a real dog fight, with the winner having a real chance at nabbing an overall podium or even win if the slew of new prototypes at the head of the field hit trouble.

Here’s all the five key storylines heading into the race: 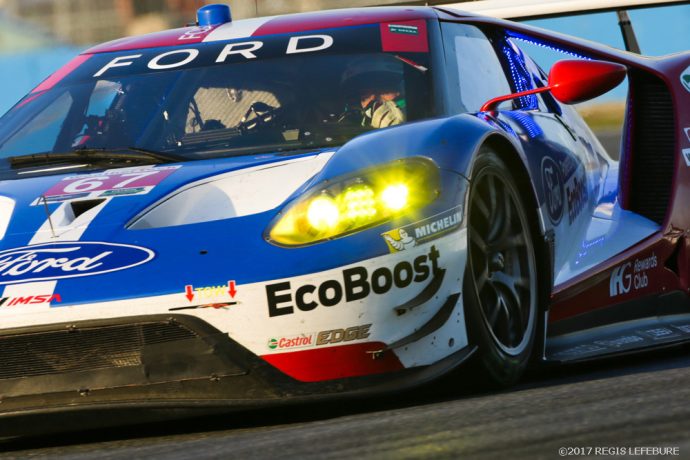 Off the back of its successes in 2016 winning at Le Mans, Laguna Seca, Shanghai, Watkins Glen, Fuji and Mosport, it is back and set to field a quartet of GTs for the Rolex 24.

As in Le Mans, the WEC’s UK Chip Ganassi team joins up with the IMSA crew once again for an attack on the premier GT class.

For this one, the team’s driver squad is almost identical to last year, except IndyCar star Tony Kanann is set to drive alongside Andy Priaulx and Harry Tincknell in the #69, filling the seat taken by Marino Franchitti last season.

With four exceptionally well prepared cars, the Ford team will be aiming not just for the GTLM class win, but also the overall victory if the unproven new batch of prototypes at the head of the field hit trouble and it turns into a race of attrition.

This has happened before, with Corvette and TRG taking overall wins with GT machinery as recently as 2001 and 2003. 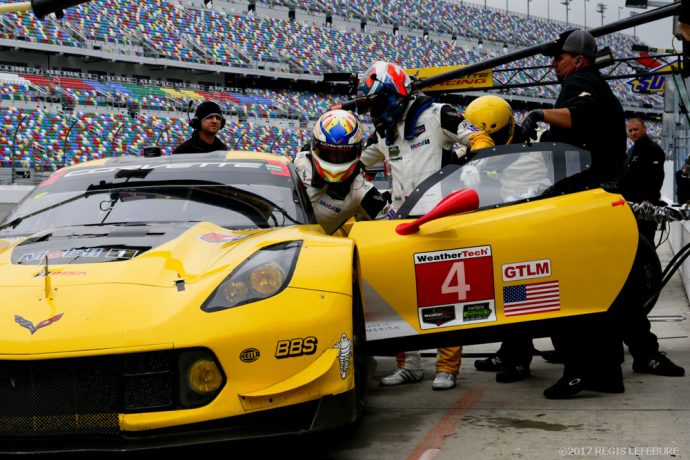 Ford may have taken the Le Mans crown in 2016, but Pratt and Miller’s Corvette outfit won at both Daytona, scoring a 1-2, and Sebring last year en route to its 100th victory at Lime Rock and the GTLM title.

At the Roar, things didn’t go to plan for the team though, the team set the quickest overall time in the class but had its day two running cut short by a scary fire for the #4 with Fassler in the car. Thankfully the ex-Audi LMP1 star managed to flee the scene unharmed and will take the start this week.

It did leave the crew with a lot of work to do in the gap between the test and race week to ensure both cars will make the start though, the team opting to build their Rolex 24 race car up around the team’s spare chassis.

Porsche’s new kid on the block 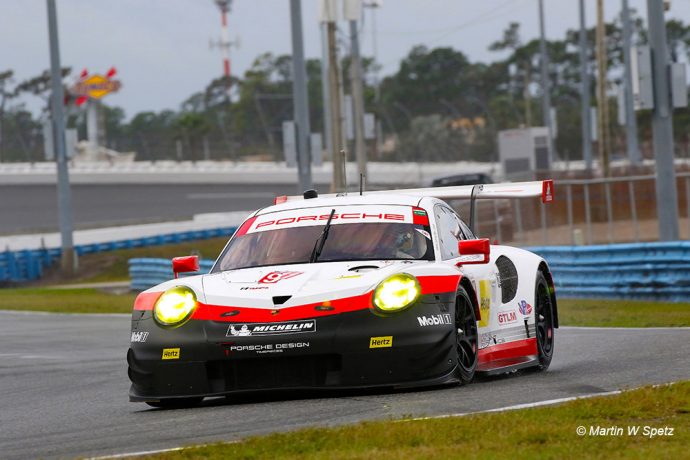 With the GTE/GTLM machinery continuing on its upward curve, Porsche is the most recent marque to bring a fresh car to the category. The new mid-engined 911 promises to make strides in both performance and serviceability as the brand looks to get its premier GT programme back on track after a tough 2016 campaign on both sides of the pond.

In terms of drivers Porsche GT Team’s stable has a fresh look to it, with Audi-stalwart Laurens Vanthoor making the jump to the programme, along with ex-BMW man Dirk Werner. The new duo will race with Patrick Pilet, Frederic Makowiecki, Kevin Estre and Richard Lietz, which all together makes for a formidable line up.

At the Roar the Porsche crew didn’t set any particular notable lap times, but did manage to complete a significant amount of on-track running. Besides, we all know that times set during test sessions, particularly public and series-sanctioned ones, rarely reveal the true form of the competitors.

It’s going to be interesting to see if the new car can hit the ground running before its trip to Sebring and the start of the WEC season which of course includes Le Mans, which the team will of course hope to win for the first time since 2014. 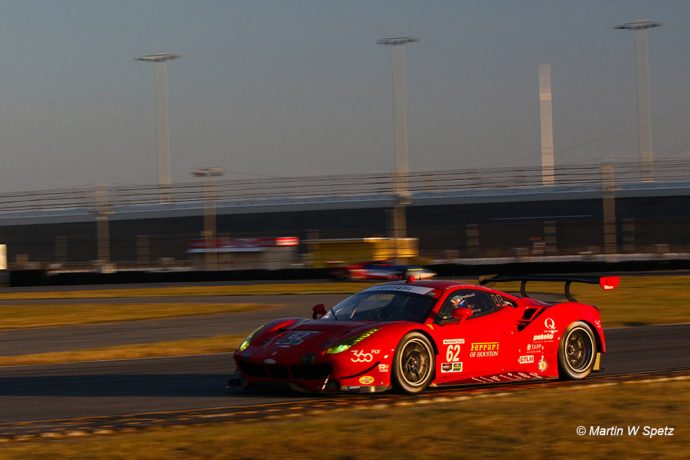 Risi Competitzione represent the Prancing Horse’s sole GTLM entry for this year’s Rolex. That however isn’t necessarily a knock on the brand’s efforts, as we all know by now what the Risi crew can do.

The team is yet to win GTLM at Daytona, but after impressive showings throughout last season, particularly at Le Mans when it took on the might of Ford, both the team and car are capable of fighting for the win here.

Driving for the private Ferrari outfit are regulars Giancarlo Fisichella and Toni Vilander, with AF Corse’s James Calado joining them for the 24; its an all-star cast on hand for the team once again.

Risi has won at Sebring, Petit and Le Mans, can it add Daytona to that already impressive list?

BMW back with fresh faces 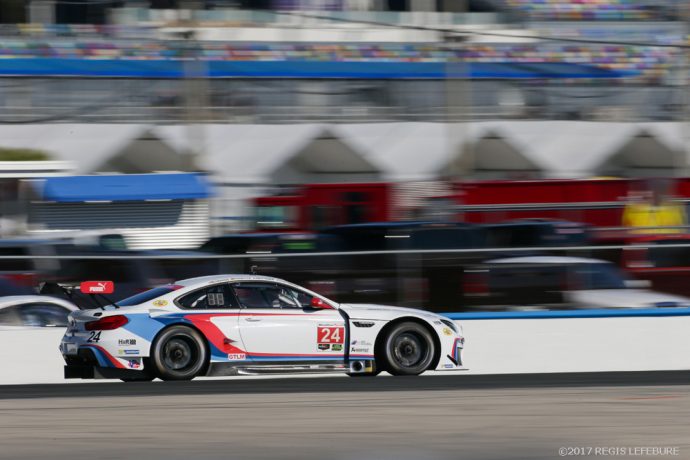 BMW Team RLL is set for its second tour of the USA with its BMW M6s, and it hopes to score better results this time round. Over the off season the team have been working hard to maximise its GTLM package, which is still developing race by race.

For this season the team brings a pair of fresh faces to its lineup, with British GT driver Alex Sims scoring a promotion from the GT3 ranks and Martin Tomcyzk moving over from the marque’s DTM programme. Both are very capable drivers and should gel with the team very quickly this season.

Sims is set to drive with the experienced trio of Augusto Farfus, Bill Auberlin and Bruno Spengler in the #19, with Tomcyzk sharing driving duties with Kuno Wittmer, John Edwards and Nicky Catsburg. The former quartet will drive the team’s art car in the race; though the jury is still out on whether the minimalist design will prove to be a significant hit with fans.

At the pre-season Roar before the 24 test the #19 managed to set the third fastest time in the class, which is encouraging at this stage, though it’s hard to read too much into the times set earlier this month.

With the GT3 version of the M6 having already proven its worth as a 24-hour race winner at Spa last year, there’s no time like the present for BMW’s American factory team to do the same with the GTLM car.