McLaren GT factory driver Rob Bell is back in 2017 for a second attempt at winning the Bathurst 12 Hour, after a collision early in the 2016 race left his #60 Tekno Autosports McLaren 650S GT3 trundle home off the lead lap as the team’s sister car stormed to victory.

This year though he’s back and driving the #1 car, with 2016 winner Alvaro Parente and Come Ledogar, as the Australian team looks to repeat its 2016 success.

It’s going to be a tough race though, for Bell and the Tekno team, as this year’s GT3 field is over 30 cars strong and features one of the most incredible sets of drivers ever assembled in a sportscar race. The key to winning it all though he says, is staying out of trouble, making a good strategy call and being in the fight in the final hour.

“If you want to win Bathurst, don’t get hit by a Bentley, that helps!” he exclaimed, referring to the disappointment of the 2016 race. “But in all seriousness it’s a lot of things. If you look at our race last year, the strategy call at the end of the race, the strategy they called for the #59 did win them the race, that’s for sure. 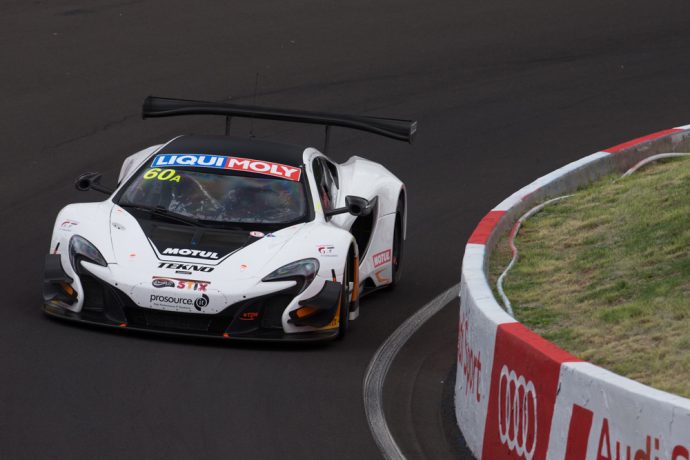 “It’s a little bit like Daytona in that respect where, there’s always four or five cars in the mix in the final hour and if you get a safety car in that period then you’ve got to roll the dice and take the gamble.

“I remember in 2015, my brother was last in the Bentley and he was on old tyres and their strategy was to go back out on old tyres at the final stop, because it would have taken too long to change them. It meant he got up to the front of the field in the stops and the Nissan and the Audi behind him put new tyres on.

with nearly 60 cars, it’s going to be manic this year

“It will be a final hour strategy call that will win someone the race,” he stated. “I’m positive of that.”

Bell feels the 6.2-km Mount Panorama circuit must be respected more than most by the drivers involved. It’s gruelling for the drivers, as they scale the mountain through tight and twisty sections as they approach the Skyline summit, and race back down to the Conrod Straight through the Esses and the Dipper. 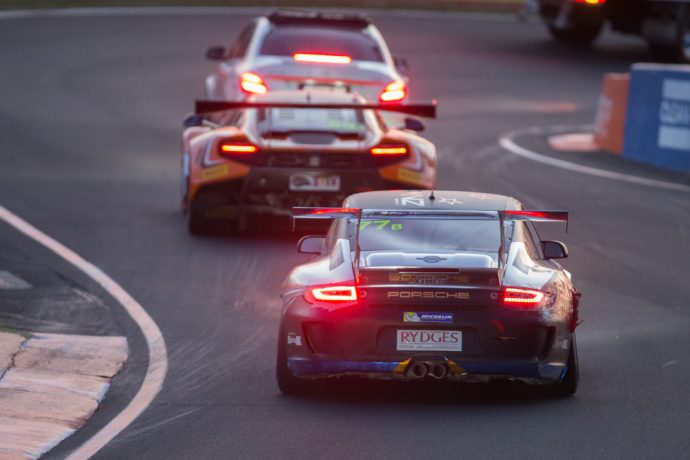 The drivers also have to battle heavy traffic, and sometimes the elements too.

“I walked the track last year with Shane (van Gisbergen) and he was telling me about each kerb, and making sure I stay an inch from this wall, and accelerate on that piece of tarmac. I thought “Jesus christ this is a ballsy circuit! How am I going to learn all this?”

“It can be daunting, especially the first time you drive it. It’s so steep, you need to get used to it. It’s a circuit which you need to see for yourself, it’s hard to tell people about it. It’s hard to articulate, and it gives you so much adrenaline.”

“But in terms of everything else, it’s a really tough race on traffic, and with nearly 60 cars, it’s going to be manic this year,” he continued. “I think we’re going to see a lot of cars make mistakes, but essentially it’ll be the last hour that will see someone roll the dice and make a break for the lead. 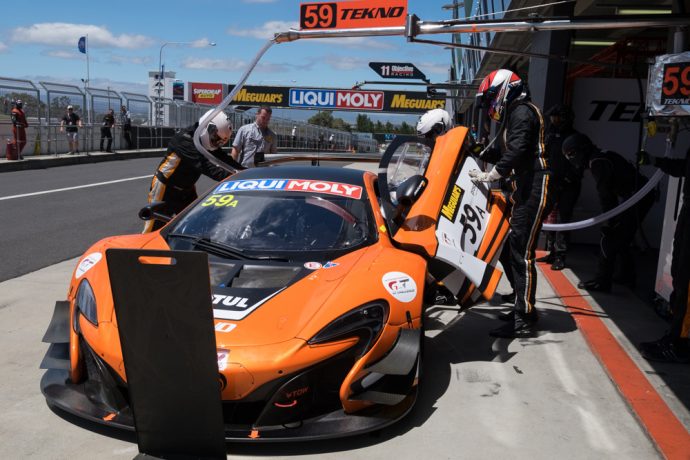 “Last year it wasn’t too bad, if I remember rightly” he said when asked about the physical nature of the race. “But I’ve only done it once. We use a helmet cooling system which works wonders. I’m a great believer of routine. I get out of the car, I have a bite to eat and go to sleep, no matter what race it is, I need to be fresh. I don’t care if it’s a six hour race or a 24, I need a nap to allow me to get back out there wide awake.

Bathurst is just old school, and that sense of danger to it keeps us coming back

“If it’s really hot this time around, then it may be tougher than usual, and Geordies aren’t built for that!”

Last year Bell was in the car for the start of the race, which is one of the toughest parts of the entire race. The track is cold from the night before, there’s no circuit lighting and the whole field is bunched up. It makes lapping traffic as the sun rises mentally challenging for those behind the wheel.

“I normally get nominated for the starts, and at Bathurst it’s pitch black, but only for half a hour so they don’t put any circuit lights on. You just have to get into a rhythm,” Bell said. 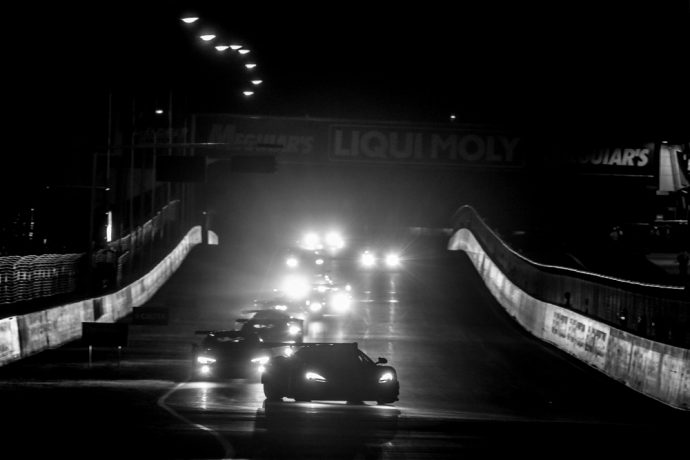 “The driving standards are pretty good, it’s just the nature of the circuit which causes all the safety cars. There’s no run off and there are so many blind corners that when someone goes off they bounce back onto the circuit, and if the guy behind doesn’t see them coming, then there’s going to be a crash. It’s like pinball, it’s a safety car waiting to happen.

“It’s a hard track to overtake at early on in the race when everyone is still running. Unless you’ve got an advantage in straight line speed, it’s so difficult to get by, even some of the GT4 cars can be hard to get round.

You can be sat behind an Am for half a lap, and they you get to the Conrod Straight after getting past them and they come by again.

“That whole section at the top of the mountain is almost impossible to get past people in traffic, unless they actively move out of the way. You can be sat behind an Am for half a lap, and they you get to the Conrod Straight after getting past them and they come by again. It’s easy to get frustrated.

“But Bathurst is just old school, and that sense of danger to it keeps us coming back. And the fact that in general, driving there is a different experience.

“There’s no wildlife kicking around at Silverstone, maybe the odd cow getting let loose now and again, but there’s no kangaroos at Copse!”