British Porsche Carrera Cup outfit In2Racing has confirmed to DSC that it will enter the full 2017 British GT Championship with a pair of brand new McLaren 570S GT4s.

The Stratford-upon-Avon-based team took delivery of its McLarens earlier this month, and was the first UK team to receive 570S GT4s from Woking, as McLaren continues to deliver the new cars based on the company’s Sports Series model.

“We were due to run Porsche Cayman Clubsports in British GT last year, but those plans fell through and caused us to look elsewhere,” In2Racing’s Nick Dudfield told DSC. “So we called up Andrew Kirkaldy shortly after the car’s debut in June and put ourselves on the list to take a pair.

“It’s the complete package, and its results towards the end of the season with Ecurie Ecosse’s two young drivers Sandy Mitchell and Ciaran Haggerty, who proved it’s capable of beating the best of the GT4 cars.

“Since getting the cars we’ve completed extensive testing at both Silverstone and Oulton Park. We have two drivers confirmed, but we will announce our full roster formally prior to the start of the season.” 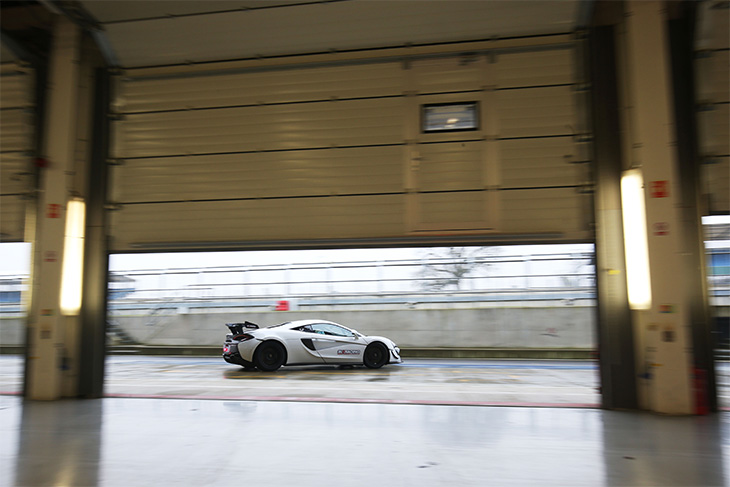 DSC understands that the confirmed drivers for the first McLaren are ex-BTCC drivers Gareth Howell – who helped develop the 570S GT4 for McLaren – and Richard Marsh. The second lineup is coming together, but the team remains keep to talk to interested parties about its British GT effort and potential guest entries into the GT4 Euroseries Northern Cup and GT Cup.

In2Racing’s pair of 570S GT4 examples brings the total number of McLaren GT4s in the 2017 British GT season to four, afterTrack Club and Tolman Motorsport both confirmed respective programmes with the car.

In2Racing’s two car effort brings the confirmed number of 570S GT4 up to four with Tolman Motorsport and Track Club already having confirmed single car efforts. The final total though, could be set to increase significantly.

This season’s British GT Championship is set to open at Oulton Park on April 15th-17th.