International-style Sports Prototype racing in Australia looks set to take a leap forward in 2017, thanks to the introduction of the Australian Prototype Series (APS).

Evolving from the former Australian Sports Racer Series, the Australian Prototype Series will cater for open-top and Le Mans-style sports cars in Australia.

A three-class structure will cater for all existing eligible vehicles, while international specification ‘CN Prototype’ cars will become eligible for the first time and will compete alongside the Sports Racers, enabling a broader eligibility list that will open the series up to more cars than ever before.

Kumho Tyre Australia will serve as official tyre supplier and a sponsor of the 2017 Australian Prototype Series.

Category spokesperson Liam Curkpatrick explained the new series and why it’s great for the category.

“This evolution of what was the Australian Sports Racer Series is an important step to growing this segment of the sport in Australia,” Liam Curkpatrick said.

“The new owners are broadening the eligibility list and opening the category up to even more cars and more competitors with a very inclusive approach to the competition.

“Sports prototype racing is booming around the world which this series will aim to capitalise on and grow as a place where competitors and fans alike can enjoy these exciting cars.

“CAMS have been supporters of the Sports Racer category since its inception, and we have been keen to broaden the base of vehicles accepted into it at a National Series level,” Punshon said.

“To us, it is especially important to give owners of existing vehicles in Australia the ability to compete in the series.

“The new series managers will work closely with the Sports Car Racing Association of Australia (SCRAA) on the evolution of technical regulations while they develop the series.”

CN Prototypes have raced competitively internationally, including in the Asian LeMans Series, French-based V de V series and the new Creventic 24H Proto Series that was launched this year.

New team SYNEP Racing has confirmed the addition of two Wolf Racing Cars CN Prototypes to the series, with both expected on the grid at round one this year. 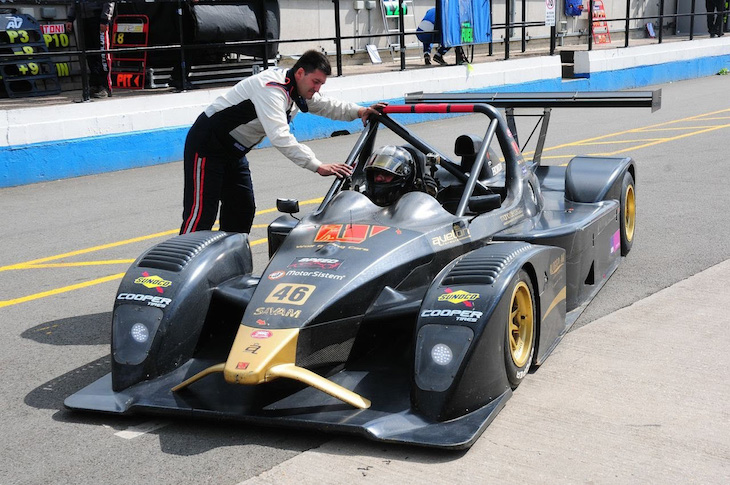 The addition of CN Prototypes closes the gap to international-level Prototype competition and is set to make the Australian Prototype Series a legitimate pathway for drivers looking to access the increasingly popular LMP3 and LMP2-based series in Asia, Europe and America.

Each class will be recognised at each round, generating competition throughout the grid in every race.

Each round will include a broadcast package that includes coverage on SBS’ SPEEDWEEK and live streaming of races at each round.

The Australian Prototype Series (APS) has been established by a vehicle owner consortium, who were recently appointed the category managers following a CAMS Tender process. The APS will be managed by experienced category administrator, Liam Curkpatrick.