DSC has been on hand at Dunlop’s Aragon test this week, in which 17 of Dunlop’s WEC, ELMS and VLN runners have taken part.

Here’s a selection of news items from the GT teams trackside:

Dempsey Proton Racing, which is running in the WEC’s GTE Am division this season, made the trip to Spain with a 2016-spec Porsche 911 RSR for two days of testing. 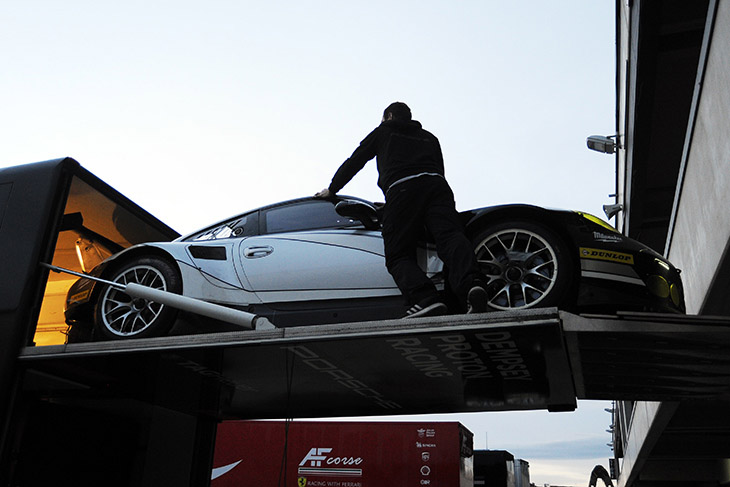 While team boss Christian Reid was unable to confirm to DSC whether or not Proton would be utilising Dunlop tyres in the WEC this year, or whether this week was being used to decide whether it would move to Dunlop, DSC understands from multiple sources that the team has been considering a switch and was running the WEC-spec Dunlop tyres in Spain this week.

In terms of the season ahead, Reid did comment on the Am class battle for this season though. “We’ve been hard at work,” he said. “We were expecting more cars in the WEC GTE Am this year, but it will nevertheless be competitive and we are happy to be back.”

Aston Martin getting to grips with 2017 Dunlop rubber

Darren Turner, Jonny Adam, Nicki Thiim and Marco Sorensen have had their first runs this week with the full 2017-spec Dunlop rubber ahead of the season.

Completing longer runs has been paramount for the team as they prepare for the season, with the new regulations limiting the teams to four sets of tyres for qualifying and the races. 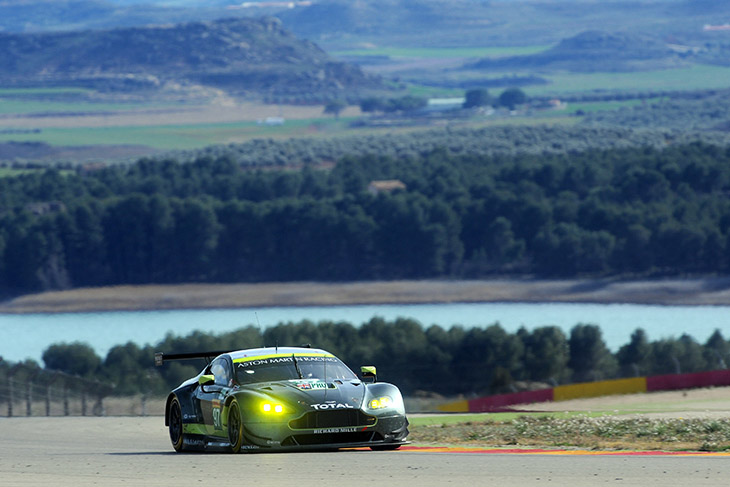 “It’s a different mentality and driving style,” said Adam to DSC. “You really do have to conserve the tyres during each stint now to make them last for the duration of a double stint. We aren’t concentrating on raw pace as much now, because we have to ensure that the degradation level isn’t too high in the final five or six laps of a stint.

“If drivers aren’t careful, they’ll ruin not just a stint, but their entire race this year by driving too hard early in runs.”

To help Aston’s driver crew further, Dunlop development driver Daniel Serra has been on hand and driving the team’s #97 Vantage to give feedback to Dunlop and assist the drivers trackside before and after each run.

For Dunlop it’s almost a race against time, with the tyre development set to freeze before Silverstone this year, it’s key to ensure that its compounds are as ready for the season as possible. Last year a big factor in Dunlop’s gains throughout the season were down to the ability to bring a new tyre package halfway through the season at Mexico; something not possible going forward.

The full season FIA WEC #98 Aston Martin is here too, running on Dunlops with all three full season drivers present.  A final decision on tyres for the season though has not yet been confirmed after the team switched to Michelin mid season in 2016. 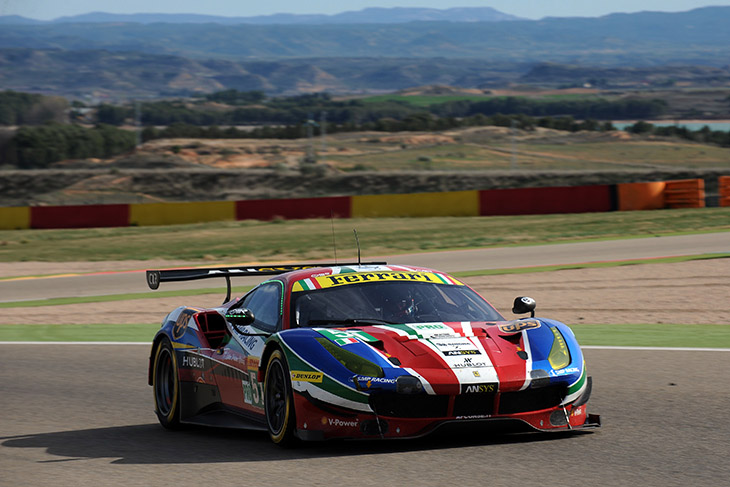 Thursday meanwhile has thus far seen full season ELMS father and son pairing Gianluca and Andrea Roda running – the pair set to be joined by a Pro driver for the season.

The Italian outfit have brought along the #71 from 2016 for this week to, though DSC is yet to find out whether the team will run both cars.

The ex #51 is bound for Clearwater Racing as their full season car, the soon to be ex #71 is, as yet, unallocated

While there’s nothing quite like testing on the Nordschleife, and frankly nothing more valuable than turning laps on it in preparation for the N24, many teams still opt to run on GP circuits ahead of the race.

“It’s actually quite good to come to these circuits for Nordscleife preparation,” said Dunlop engineer Bernd Seehafer when asked about the goals of the three teams on hand at Aragon. “The long straight here allows the cars to reach the same speeds as they do on the Dottinger Hohe, so for us it can be beneficial. Motorland Aragon is also very hard on the tyres, as the weather is often hot and the load on them when going through the faster corners like turns 10, 11 and 12 simulates the strain which the Nürburgring puts on the tyres.

“This year for the VLN races and Nürburgring 24 Hours race they’re being more strict on the us,” he added when asked about regulation changes for 2017. “It’s still very open and you can race on whatever tyres you want, but you now have to disclose which compounds you’ll be using each weekend and leave them in Garage 1 in the pit lane for the other teams to come along and see.

“Before you could change compounds at each stint if you’d like and nobody would know.”

For Walkenhorst, Mathias Henkola and Nordscleife GT3 lap record holder Christian Krognes have been turning laps in one of the team’s BMW M6 GT3s. The team has a Z4 GT3 in the back of its garage, but the running so far has been with the newer car. 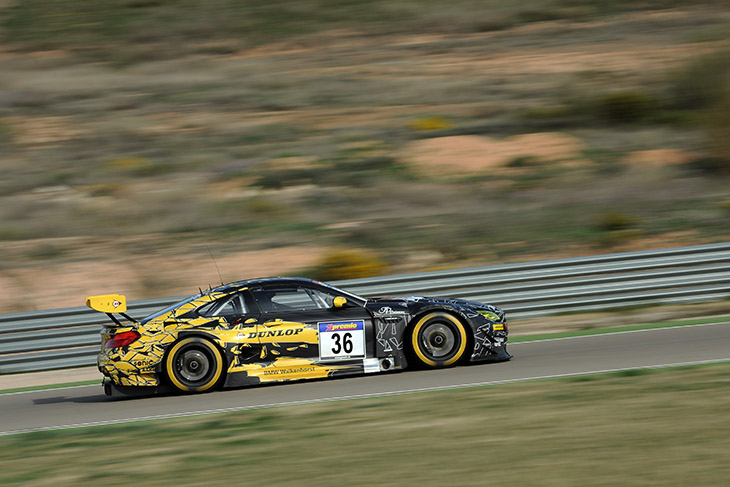 All three teams have undertaken extended runs in, though Phoenix suffered gearbox issues with its R8 LMS in the morning which reduced its amount of running. 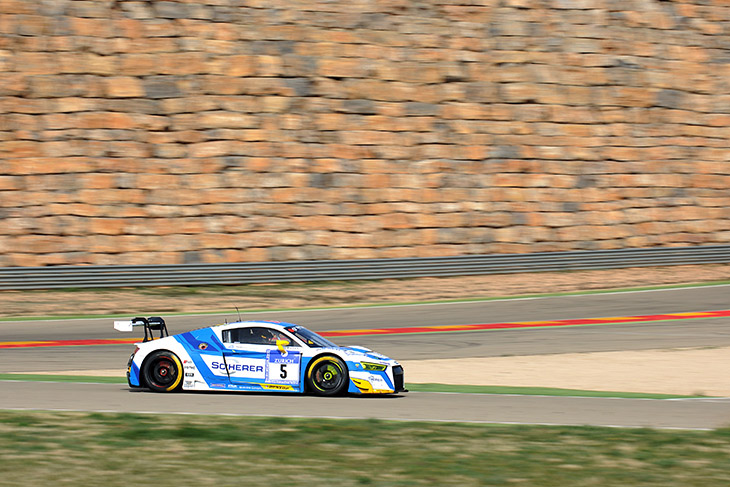