Ben Barker is set for a second year in the FIA World Championship Championship having been confirmed as the lead driver for Gulf Racing’s GTE-Am entry.

The Briton, who opened his 2017 season at last month’s Bathurst 12 Hours, made his WEC debut with the Gulf team last year, impressing with his pace in the iconically-liveried #86 Porsche 911 RSR. He returns as the team’s ‘Pro Gold’ driver alongside owner Mike Wainwright and an as yet unnamed third pilot. 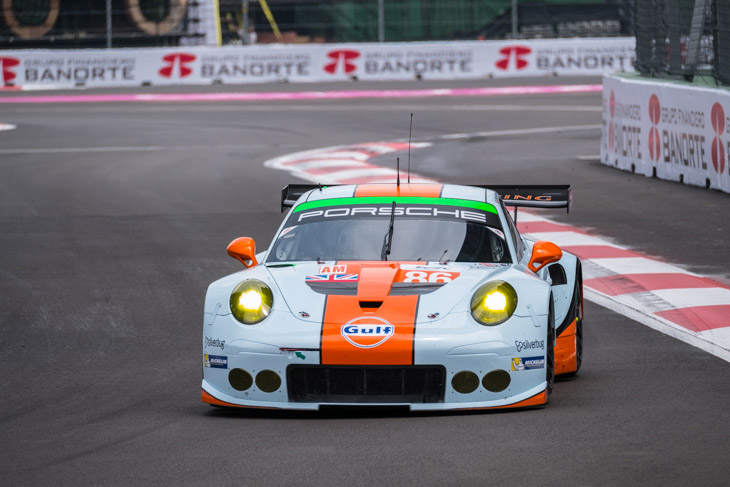 “It’s great to know that I’ll be racing in a high-profile series in 2017, having confirmed another year with Gulf Racing in the World Endurance Championship,” Barker commented, “I’m really excited to be leading the team and rejoining Mike, who has really fostered my sportscar ambitions in recent seasons. The WEC is a ‘must-do’ series at this stage in my career and thanks to the ongoing support of my personal sponsors, Montaplast, Sacred and CARS, re-signing with Gulf ensures the momentum of 2016 will keep rolling on for another year.”

The Gulf team enjoyed unprecedented levels of reliability in 2016, and Barker is hoping that the team can build on that strength in its second WEC campaign, which takes in a number of his favourite venues across its nine-round schedule.

“I’m looking forward to kicking off the season on home soil at Silverstone in April, and we’ll also be visiting both Spa-Francorchamps and the Circuit of the Americas in Texas, so there’s plenty to look forward to,” he concluded, “Of course, however, nothing can top Le Mans, and I’m excited to be making my second appearance in the 24 Hours in June. There was a lot to be pleased about Gulf’s debut season in the WEC, and I’m sure the team will continue to improve in 2017.”

The opening round of the FIA World Endurance Championship takes place at the 6 Hours of Silverstone over the weekend of 14-16 April.