British driver Alex Lynn is set to document his 2017 season here on DSC, with columns tracking his progress in IMSA, the WEC and over on the Nordscleife with BMW. In his first entry, Lynn discusses his first big race (and win) in the USA and the talking points from the event:

I’ve just got back from my trip to the USA, and I’ve barely had time to think. My IMSA debut couldn’t have gone better, to come away with an overall win in a race as historic as the Sebring 12 Hours still hasn’t sunk in. It’s a surreal feeling, and so many people have been in touch since to congratulate me. Sebring really is a big race, and a championship in itself.

That race now sits firmly atop my career CV, as it’s the first time I’ve won a race that’s been the main event that weekend. It was a wild ride, and one that I hope to experience again.

When Jordan, Ricky and I walked the track on race week, I had a feeling that we’d take the win. The Taylor brothers are two of the most talented drivers I’ve ever come across, and I knew that with them assisting me in my first weekend racing in IMSA we’d cross the line first.

Not only is the DPi V.R one of the most beautiful cars I’ve ever seen, but it drives like one too

They’re so easily to get along with, and a lot of fun too. But what people don’t see is just how professional they are, they really take racing seriously and that shows when the cameras are off and the fans are far away.

The car was stellar. Not only is the DPi V.R one of the most beautiful cars I’ve ever seen, but it drives like one too. Cadillac has put in so much effort to make this car practically bullet-proof and it shows.

Some people have criticised IMSA for not giving the LMP2 runners or even the other DPi runners a chance, and that for us it was an easy ride. But we can’t control what the other cars do, and how much they’ve tested. The simple fact of the matter is that the DPi V.R has been in development and out testing for a lot longer than the others. 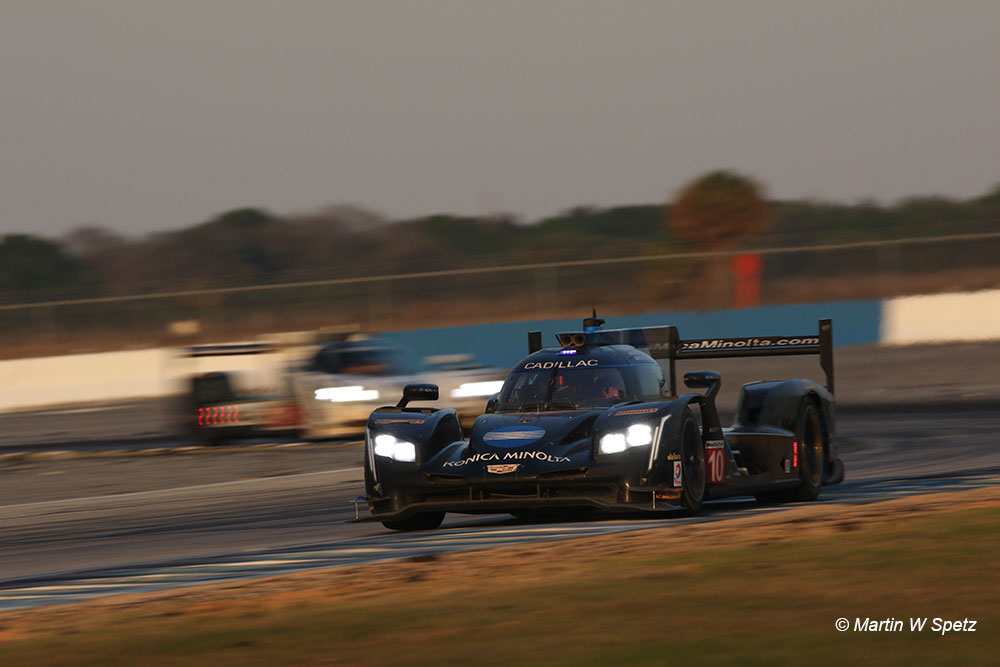 It wasn’t the best on speed either, an Oreca got pole and we were sixth in Qualifying. The balancing slowed us down after the pre-event test, and maybe too much, because the reason Cadillacs finished 1-2-3 was down to reliability rather than outright speed. Wayne Taylor Racing and Action Express are also two of the best sportscar teams in America who know how to master strategy during races.

Gunning for the win

Race week at Sebring really brought home to me how special of an event it is. I got the chance to go out into the campsites at Turn 10 and see the fans, and experience the whole atmosphere around the circuit. It’s got a lot of history and the people who make the pilgrimage every year know that.

The track is also special. It’s really tough, you have to be on the limit all the time. It’s so bumpy, almost to the point where it was hard to enjoy driving it at times. It changes a lot during the weekend too, the grip levels and the surface evolves unlike any other track I’ve driven on. For that reason it brings out the best in the drivers who are at an elite level.

It’s so bumpy, almost to the point where it was hard to enjoy driving it at times

When the race came it was then down to business. And I really felt the pressure of driving with a manufacturer-backed effort. The first stint I did behind the wheel I was a little tense, it was only when I completed my second stint mid-race that I started to enjoy myself fully, batting for the lead with Christian Fittipaldi in the #5 Cadillac.

The traffic during the race was out of this world though, it is so much harder than a WEC race for example, because the driver level is more varied, there’s more cars and the closing speeds to the GTD cars are greater than GTE. It’s also a track which exacerbates that, as there’s not many places with much margin for error. I had a moment going four-wide during the race trying to lap traffic, and it woke me up a little.

Then when Jordan took the lead in the closing stages it really hit home that we could win it. I was actually getting changed at the time, and found out we’d taken the lead by listening to John Hindhaugh on the public address speakers. That was an alien experience. 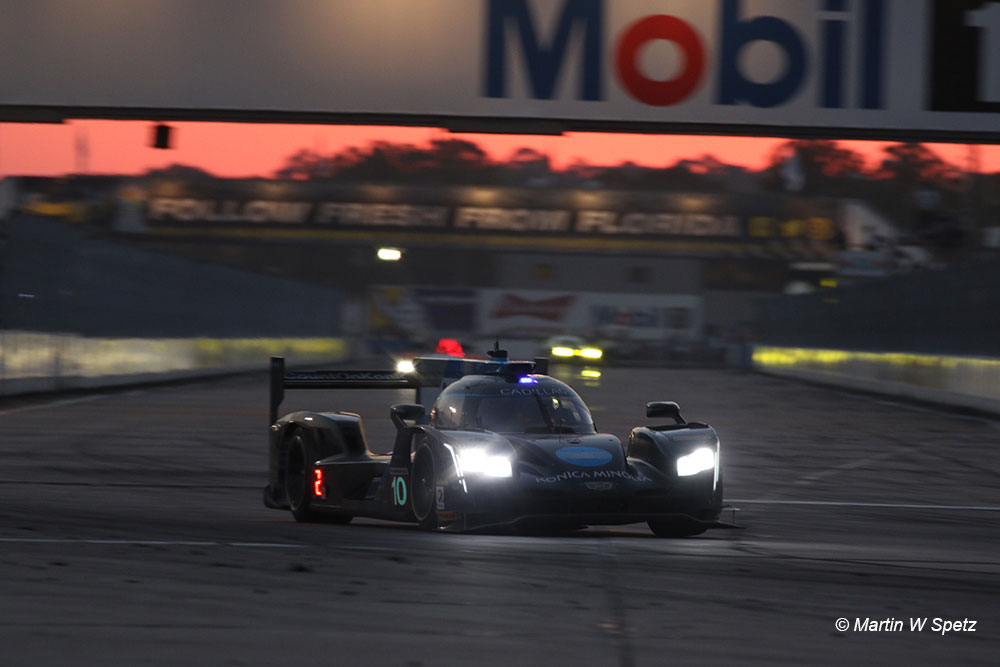 From then on it became a bit more intense, seeing the sun go down and watching the car snake through traffic with its headlights on from the helicopter cameras…

As someone who has been part of the F1 circus in GP2, I know what it’s like to be at big motorsport events, with a big crowd. And I can happily say that Sebring still feels like a world sporting event.

Heading to victory lane with the swarm of media and fans was eye-opening, and it made the win feel even sweeter.

I’m hoping that this win will be the start of a real turning point in my career, as now I can say that I’ve driven in a big race like Sebring, and won it overall

I’m hoping that this win will be the start of a real turning point in my career, as now I can say that I’ve driven in a big race like Sebring, and won it overall. I wan’t people to think of me as a sportscar driver, who is capable of driving for big teams full-time and performing at the highest level possible.

For that reason I can’t thank Wayne Taylor Racing enough, it was a trip of a lifetime, and I hope to go back in the future.

This weekend I’m heading out to the Nordscleife for my first VLN race, with Will Stevens in an M25i to gain my licence. That’s going to be a difficult weekend I’m sure, but really my focus then is Silverstone for the WEC.

My Formula E commitments are preventing me from attending the Prologue at Monza, so it’s in at the deep end for the opener. Luckily I know Silverstone like the back of my hand, and am with a team which is capable of winning straight away.

It won’t be easy though. There’s been reliability issues in testing for a lot of the LMP2 runners, which is normal, but I’m expecting it to be a balls to the wall sprint race in Northamptonshire, rather than a race of attrition.