The GT500 class of the Autobacs Super GT Series is the apex of GT racing around the world.

Speed surpassing all but the mightiest LMP1 hybrid prototypes. The teams, the great houses of Japanese performance, and their iconic cars and liveries, each led by the legends of the sport. The drivers, the absolute in their field, each of them intensely loyal to the manufacturers they represent.

There’s nothing else like GT500 out there in the world today, and the competitive, yet always respectful rivalry between the big three manufacturers of Japan and their supporters: Honda, Nissan, and the Toyota Motor Company represented by the Lexus brand. And within the rivalries between the manufacturers, there are rivalries over which of their great teams is the “alpha” of the pack. 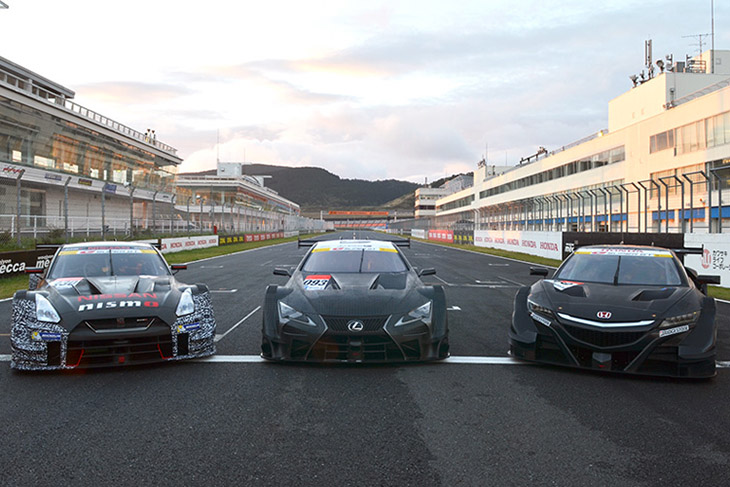 For 2017, there is a noticeable change in the GT500 vehicle regulations, and with it, a refresh of designs from Lexus, Nissan, and Honda. The front splitters are shortened. The rear spoilers are much shallower. The size of the rear diffusers are reduced dramatically. All of this with the intended effect of reducing cornering speeds, with the unintentional effect of giving the cars a look truer to their road-going counterparts.

Funny thing, that. In testing, these new cars – estimated to have 25 percent less downforce than last year, have still been setting numerous unofficial lap records. What they’ve lost in cornering speed and braking distance, they’ve made up for with increased top speed from the reduction in drag.

They’ve also made up for the downforce loss through the development of their tyre suppliers. The four-way tyre war between Bridgestone, Yokohama, Michelin, and Dunlop further distinguishes Super GT from so many other racing series today, in an era of control tyre suppliers across the board, they are one of the few remaining exceptions.

Success Ballast, which has changed in 2017 to include three levels of fuel flow restriction at the upper end of the scale, maintains a level playing field across the board. Yet oddly enough, the racing action remains more organic, and more pure, than some other big-time racing championships.

The three giants of the Japanese automotive industry will field fifteen of the most extraordinary GT racing machines between them. Six new Lexus LC500s. Five Honda NSX-GTs. And four Nissan GT-Rs. Each representing the beloved houses of Japanese motorsport, piloted by the bravest and most talented drivers in the world.

And at the end of eight rounds, and 3,250 of the most frenetic kilometers of racing, one team and their drivers will be enshrined once, and for all time, as champions of Japan’s most popular and prestigious national championship.

Here’s the first part of DSC’s preview, focusing on Lexus:

Taking over from the RC F in representing the entire Toyota Motor Company in GT500 is the new Lexus LC500, based on the latest flagship performance coupé. The Super GT version of the LC500 is a descendant of the Toyota Supras that once carried the mantle for Toyota in GT500 over a decade ago.

Lexus enter 2017 as the holders of the GT500 championship via Lexus Team SARD, and in pre-season testing, the LC500 was quickest in six out of six official pre-season test sessions at Okayama, and at Toyota’s home ground at Fuji. Such was their advantage, before ballast restrictions apply, that they locked out the top five in four of those six sessions.

The LC500 could become an instant legend – especially if it is able to win a championship in its first year of duty, which at the moment, they’re the odds-on favourites to do so. 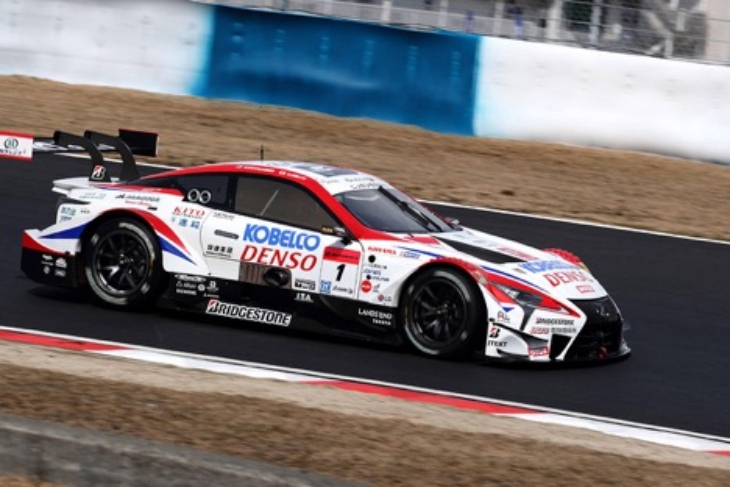 After twenty-two years, and a number of close calls and hardships along the way, Lexus Team SARD finally captured their first GT500 championship in 2016 – and aim to do so again in 2017.

Kovalainen’s talents need little exposition. The former F1 Grand Prix winner has taken to GT500 better than many had expected when he debuted in 2015. 2016 was the rejuvenation of Heikki-san’s career, re-establishing himself as one of the world’s best racing drivers.

Hirate, now a double GT500 champion at age 31, is every bit the equal of his more established co-driver, a dynamite race starter – especially at the critical 2016 season finale at Motegi that won SARD their first GT500 title.

Hideki Noda, a well-traveled veteran of global motorsport, calls the shots as the team director. He along with his two drivers, and chief engineer Kotaro Tanaka, came on board in 2015 for a wholesale overhaul of Team SARD that has paid off handsomely.

They led just one pre-season test session in March, but were consistently within a half-second of first place every time.

SARD are the oldest of Lexus’ GT500 teams, having made their debut in 1994 with a Toyota Supra piloted by the late American driver Jeff Krosnoff. It took them over two decades to win their first GT500 title, but with two brilliant drivers and a solid team, they may only need one more year to pick up their second. 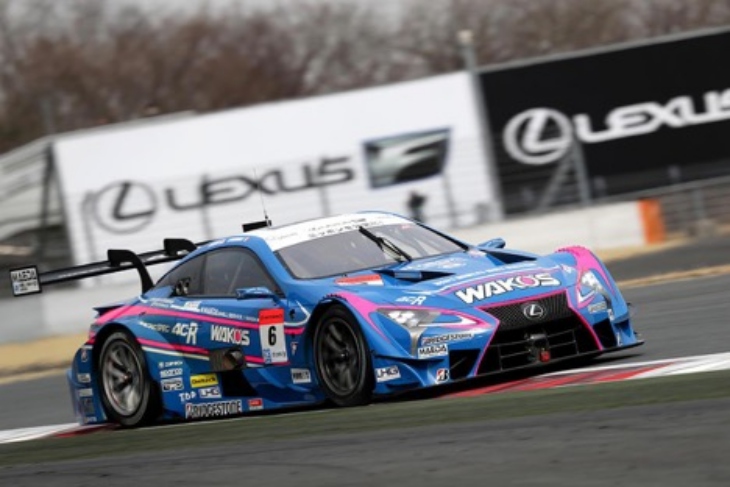 Oshima is in his 12th Super GT season, his ninth in GT500, and he only turns 30 later this month. Already a GT300 champion, he’s always had the talent to win a title in the premier category – it hasn’t come together just yet.

Caldarelli has begun to branch out as a team executive around the globe, he just became a Lamborghini factory racer this year. But GT500 is where the young, fiery Italian from Pescara has made his reputation, with two runner-up championship results in the last three seasons.

The figurehead of the team is sophomore team director Juichi Wakisaka, the charismatic three-time GT500 champion who won his first title with Team LeMans fifteen years ago. He immediately instilled his ultra-competitive spirit within the team, leading them to their best championship result in over a decade.

They were once again consistently quick in testing, leading the final session at Fuji Speedway. If they can add a win or two somewhere in another consistent run of points-paying finishes, they can certainly take the title. 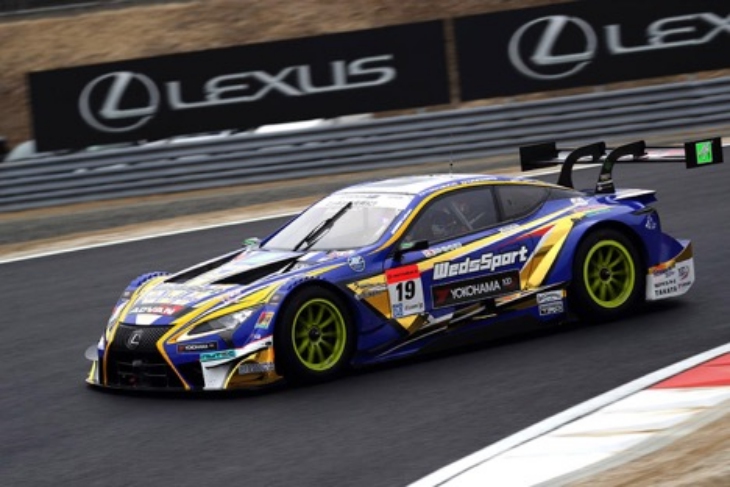 2016 was the breakthrough season for Lexus Team WedsSport Bandoh in GT500, taking their first victory since stepping up from GT300, and their best-ever championship finish.

Sekiguchi is one of the most fearless and tenacious drivers to ever race in Super GT, a true breakout star last year with his on-track heroics and fierce wheel-to-wheel battles.

Kunimoto takes a smoother, more methodical approach, but he is every bit as fast as his co-driver. The reigning Super Formula champion at age 26, Kunimoto is also set to debut at Le Mans this June for Toyota.

The success of 2016 was a richly deserved reward for Masataka Bandoh, son of team founder Masaaki Bandoh, who took over his father’s team in 2007, brought them up to GT500 in 2011, and after years of scrapping to stay above the bottom of the table, has now finally seen his team established as a true contender for the future.

Expect to see cameos later this year from reigning All-Japan Formula 3 champion Kenta Yamashita, who’ll replace a Spa-bound Kunimoto at the Fuji 500km, and Kamui Kobayashi, their third driver for the Suzuka 1000km.

The WedsSport LC500 was the only Lexus that didn’t lead a test session, their Yokohama tyres not quite as quick in the cold conditions as their Bridgestone-clad rivals – but they proved exceptionally durable over long runs last year.

From dark horses, to race winners last year, the next logical step for Team Bandoh is the championship. 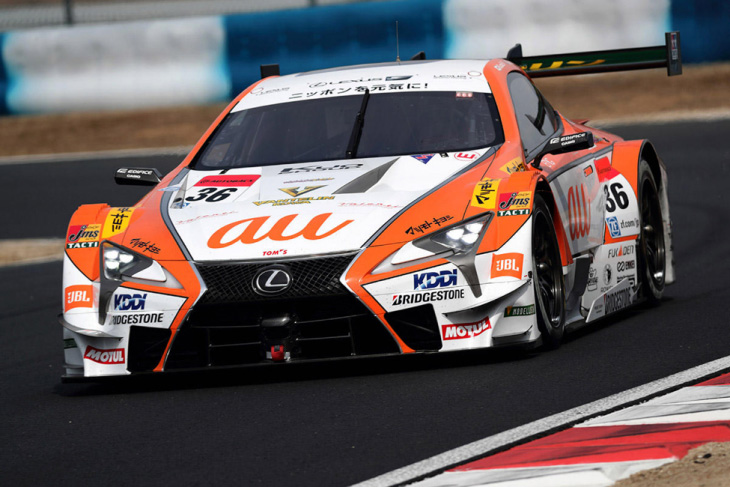 Sponsors have come and gone, from Castrol, to Petronas, to telecom giant au KDDI, but the number 36 TOM’s car remains the flagship car of the Toyota/Lexus stable all these years later.

Kazuki Nakajima’s return after two years’ absence brings one of the world’s best sports car racers back into the Super GT fold, a former Suzuka 1000km champion, now established as one of the premier talents in LMP1.

Rossiter moves back to the 36 car after one year in the number 37 team, reunited with Nakajima, with whom the Brit drove alongside from 2013-2014. Rossiter is now a proven race winner, but the GT500 championship has eluded the Oxford native with heartbreaking regularity three years in a row.

Daisuke Ito stepped away from driving after 2016, and now assumes the role of team director of the car he drove last season. But not before replacing an absent Nakajima in the Fuji 500km in May, for what may very well be the final Super GT race for the 2007 champion.

They also have an extra ace up their sleeve: Chief engineer of the au TOM’s LC500, Tsutomu Tojo, is one of the best strategists in all of Super GT, and has been for over a decade.

Rossiter set the fastest lap of the abbreviated pre-season test at Fuji before the final day was snowed out.

Nakajima and Rossiter look to pick up right where they left off in 2014, contending for championships, winning races, and adding to the legend of Toyota’s most successful Super GT team – on the twentieth anniversary of their first title, won in 1997 in the legendary Castrol colours. 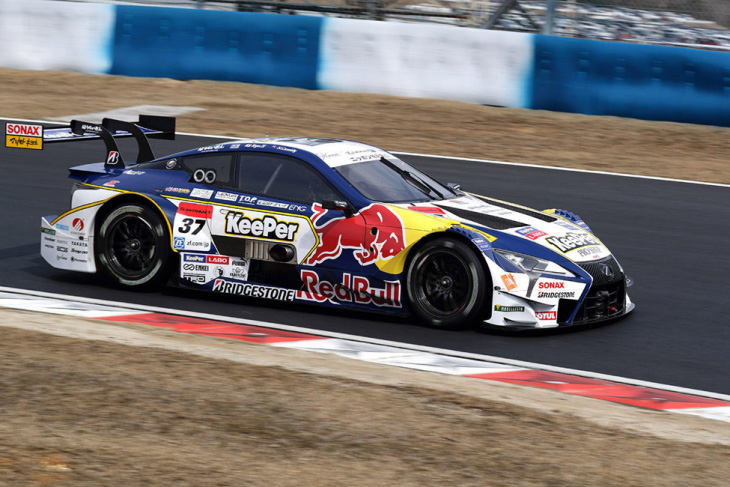 The big story for the number 37 TOM’s car was the high-profile acquisition of Red Bull as a secondary sponsor. Japan was one of the last racing markets that Red Bull had yet to break into, now they’re here, and ready to lead an explosion of global popularity for Super GT.

Hirakawa, at age 23, is still regarded as one of the world’s most talented young drivers. He’s the first Japanese circuit racer Red Bull have ever sponsored, that’s a ringing endorsement of his abilities. With his incredible speed and bravery now proven in Europe as well as Japan, Hirakawa’s time is now.

Cassidy is the first GT500 driver from New Zealand, bringing a strong Kiwi contingent of supporters with him. After years of struggling in the European ladder to F1, “Big Cass” has truly found a home in Japan. He comes over from the 36 car in a 1-for-1 swap with Rossiter.

Together, both drivers form the youngest lineup in the GT500 field, both turning 23 this year. But they have Toyota racing legend Masanori Sekiya calling the shots as team director – you couldn’t ask for a better mentor for two young drivers brimming with potential.

Hirakawa and Cassidy each took turns leading pre-season tests at Okayama, they certainly have the speed to compete for the championship – along with the high-profile sponsors, the potential, and the support of a great team.

The #37 team is no longer TOM’s “B-Squad”. They’re genuine championship contenders, and with Red Bull in their corner, their expectations will be raised even higher. 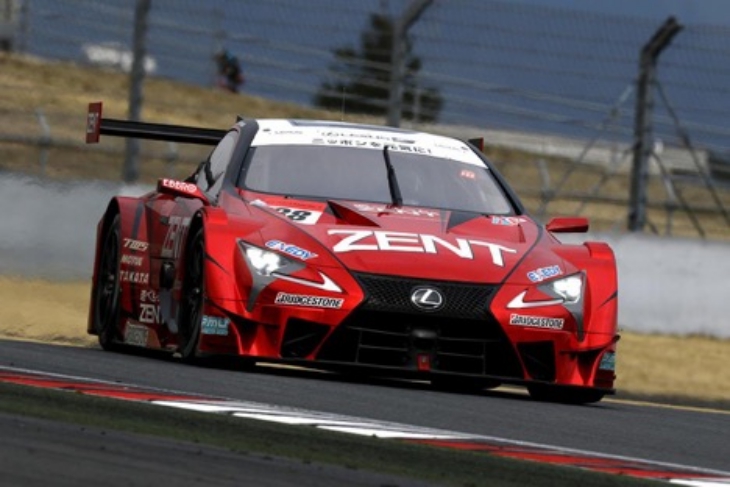 Lexus Team ZENT Cerumo’s 2016 highlight was victory in the Suzuka 1000km in a thrilling duel with Lexus Team au TOM’s.

Speaking of Super GT legends, Yuji Tachikawa embodies the word “legend”. Three times a GT500 champion, second all-time in wins, career leader in pole positions, now in his nineteenth consecutive season at Cerumo. He turns 42 in July, but the “Fuji-meister” shows no signs of slowing down or mellowing out.

Ishiura has been one of Japan’s best drivers for a number of years, and working with Tachikawa at Cerumo, his talents are coming to the forefront. It’s hard to believe that he’s just now hitting his stride in his mid-30s.

Toranosuke Takagi has won championships with Cerumo both as a driver in 2005, and a team director in 2013. He’s another legend atop the pit box, and is instilling his expertise to Tachikawa, who is already a successful team director for Cerumo in Super Formula.

They led the final test session at Okayama, despite a crash later on that afternoon. Tachikawa and Ishiura are a phenomenal driver pairing, but they’ve been snakebitten for much of the last two seasons.

There won’t be any excuses for coming up short this time, with a driver lineup this strong, a Lexus LC500 this potent, and a team that’s this hungry to win their fourth GT500 title.