Nissan began the 2016 Super GT season in record-breaking fashion, winning four races to open the season and becoming the first manufacturer ever to do so. Unfortunately, a combination of inconsistency from all but one of their teams, and losses in the mid-season development of their engine, meant that they fell short of their ultimate goal – the GT500 championship.

2017 will mark the R35 GT-Rs tenth year of service as Nissan’s representative car in the GT500 category. It’s truly a landmark performance automobile, and the latest GT500 version of the GT-R conforms to the new regulations, and reflects upon the revised styling of the current street car.

Nissan’s quartet of teams may find it difficult to repeat their 2016 successes, however, as they weren’t able to break the Lexus stranglehold at the top of the leaderboards in any of the pre-season tests. How much they’re able to progress with the development of the new GT-R and its engine will play a big part in Nissan’s chances of winning the title. 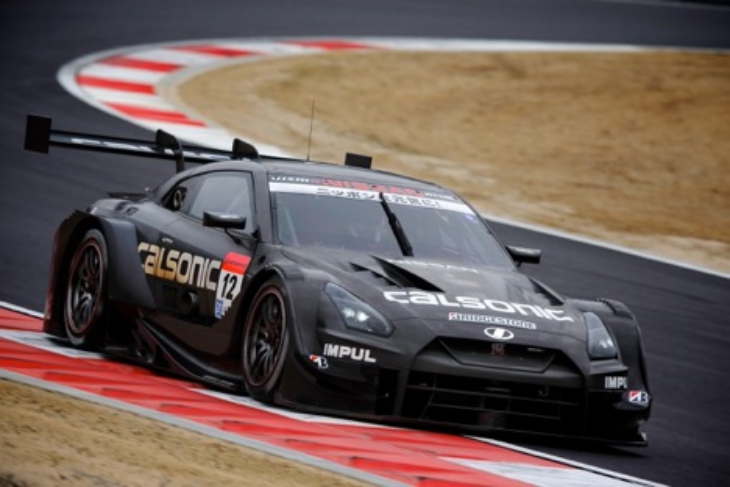 The bright blue Calsonic Nissan GT-R of Team Impul is a global icon of motorsport, and thankfully, it will once again grace the grid in 2017 – a partnership between team and sponsor that has endured over thirty-five years.

Yasuda is the team’s veteran pace-setter, collected, calm, and consistent. The former GT300 champion came close to winning his first GT500 titles in 2014 and 2015, only to fall just short of the goal both years.

Cardiff’s Jann Mardenborough must be living a dream, going from driving the Calsonic GT-R in Gran Turismo some six years ago, to driving the real thing for a championship in 2017. He’s the only newcomer to GT500 this year, stepping up after an amazing rookie season with NDDP Racing in GT300 filled with memorable individual performances, performances that put his career back on track after a star-struck 2015. He’s an important driver for more than just his truly transcendent talent.

Kazuyoshi Hoshino, once nicknamed “The Fastest Man in Japan”, is a team director who expects nothing less than a 100 percent effort from their drivers. Under this leadership, the hard-charging Mardenborough will thrive, balanced out by Yasuda’s consistency and class.

They traded the honours of being the fastest Nissan GT-R in the pre-season tests with Kondo Racing, albeit in colder conditions that worked in favour of their Bridgestone tyres – they’re the only GT-R on the Potenzas once again.

And what a popular win it would be if the Calsonic Impul GT-R were to win the GT500 championship this season. 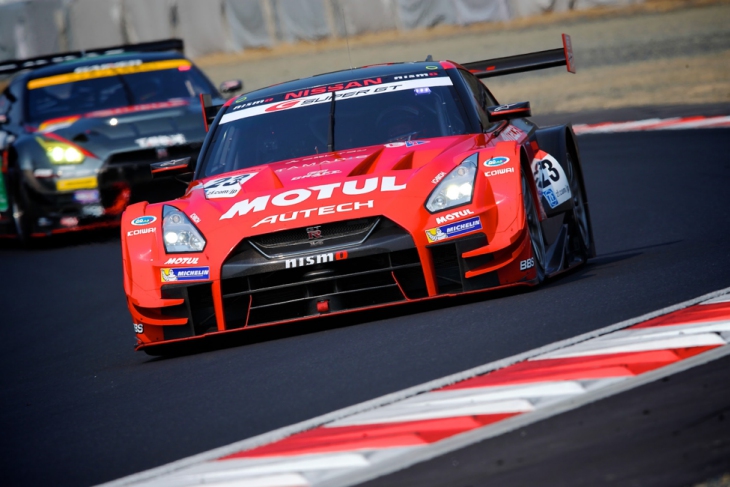 With eight GT500 championships to their name and a record 30 race victories, there’s no disputing that NISMO are the most successful organization in Super GT history.

Matsuda etched his own name into the record books by taking the all-time wins record to open the 2016 season at Okayama, eighteen for the 37-year-old from Mie, who is appropriately nicknamed “Mister GT-R” – and has even shown his class on the World Endurance Championship stage.

Quintarelli is the series’ only four-time GT500 champion, won over a span of just five seasons. The next race win for the native of fair Verona, Italy, will make RQ the winningest international driver in Super GT history.

A giving humanitarian and a bold, brave competitor, Quintarelli already makes a case for being the greatest “gaijin” driver of this or any era in Japanese motorsport. Matsuda, his co-driver, is just as consistent and unflappable as one could ever want out of a driver to close out a race.

Matsuda and Quintarelli form the most decorated Super GT’s driver combination ever, for NISMO, the series’ most decorated team. Were it not for a poor three-race run at the end of the season, they would have become the first team and drivers to win three consecutive championships together.

Team director Yutaka Suzuki will once again mastermind the operation, and NISMO will also enjoy the benefits of a semi-exclusive partnership with Michelin tyres.

Unfortunately, the Michelins didn’t work well in the frigid conditions of pre-season testing, just as they let NISMO down a bit in the final two races of 2016 at Motegi in similar weather. If not for this achilles’ heel, Michelin would have the best dry-weather race tyre in the series.

NISMO are the benchmark of excellence by which all other Super GT teams are measured. How they’re able to respond from their 2016 championship shortcoming remains to be seen. 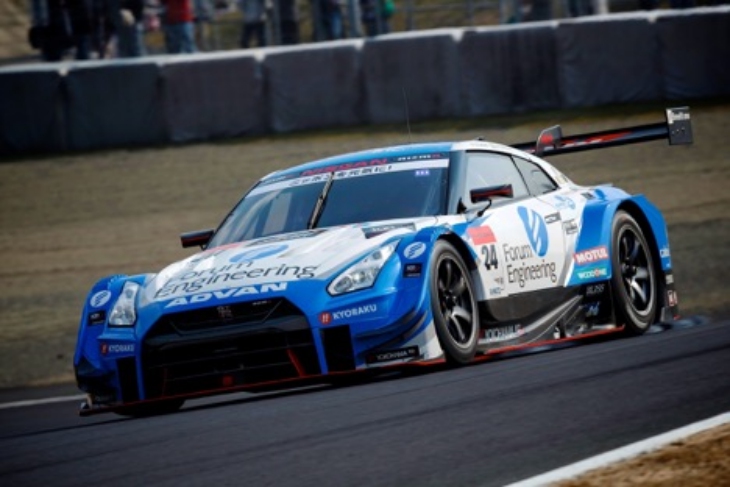 2016 was the greatest year for rock star/racer Masahiko “Matchy” Kondo’s team, between winning the Super Taikyu ST-X championship and their best-ever GT500 campaign.

25-year-old Sasaki is a Nissan young driver who has exploded onto the scene as one of the series’ best late-race closers, and after two victories in 2016, is developing into a sure-fire champion of the future.

J.P. Oliveira switches from Impul after six seasons, back to the team he raced for from 2007 to 2010. Oliveira is as ruthless and aggressive a driver as you’ll find in Super GT, modeled after his countrymen like Senna and Piquet, and he is hungry to finally win his first GT500 championship after years of coming just short.

Aggressive pit strategies from Kondo and chief engineer Yuji Hamano played a big role in Kondo Racing’s breakthrough 2016 performances, maximizing the life of their Yokohama tyres over a race distance.

This team can win races, that much is for certain. But consistently being able to score points is something that Kondo Racing have yet to grasp in the last two seasons.

They were regularly one of the fastest GT-Rs in pre-season testing, along with the Calsonic GT-R. And on paper, the driver pairing of Sasaki and Oliveira alone should be enough to put Matchy’s squad over the top for their first GT500 championship – it’s a matter of putting it all together in 2017. 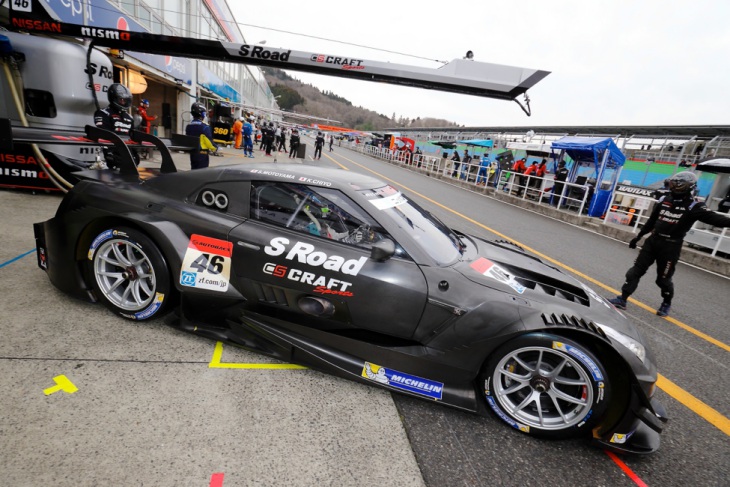 MOLA enjoyed a dream start to their GT500 tenure, winning back-to-back championships in 2011 and 2012. Last year, they assembled a dream team to rival NISMO.

Motoyama begins his record twenty-first season in GT500. At age 46, Motoyama is still quick enough to keep up with the best of the sport. A three-time GT500 champion, four-time Super Formula champion, he’s one of the all-time greatest Japanese racing drivers.

Chiyo went from international unknown to household name in sports cars through his breakthrough performances in the Bathurst 12 Hour for NISMO. He made his GT500 debut last season, justifying the hype right out of the blocks with a podium at Okayama – and let it be known as well, Chiyo is recognized as the only Japanese driver to win a major international sports car racing championship.

Ironically, the star-studded S Road GT-R was the only one that didn’t win a race all season long. Many of their races were compromised by misfortunes and penalties – none more so than the fifth round at Fuji last year, where Chiyo crashed hard and missed nearly a month of racing action with a back injury.

And like NISMO, MOLA also struggled in the cold pre-season tests in March with their Michelin tyres.

After the hype of last season and the bad breaks that followed, 2017 will be a make or break year for MOLA, Motoyama, and Chiyo as a unit. For all we know, this might be Motoyama’s final chance not only to win his elusive fourth GT500 title, but to finally win his first Suzuka 1000km in what will be his thirteenth try this August.