2016 was rock bottom for Honda’s Super GT programme. Removing the NSX Concept-GT’s cumbersome hybrid powertrain in the off-season only served to expose the deficiencies in its engine and chassis, contributing to the manufacturer’s first winless GT500 season since 1997.

To recover from last season’s humiliating campaign, Honda have built the new NSX-GT, now reflective of the production version of the second-generation NSX that launched last summer. It is mid-engined, just like the road car, but not to the desires of the “Class One” platform.

Because of that, there remains skepticism over whether or not a mid-engined GT500 NSX can ever truly be as competitive as the Lexus and Nissan runners. However, pre-season testing showed that they could occasionally mix it up with the all-conquering Lexus – which bodes well for a revival of fortune in 2017. 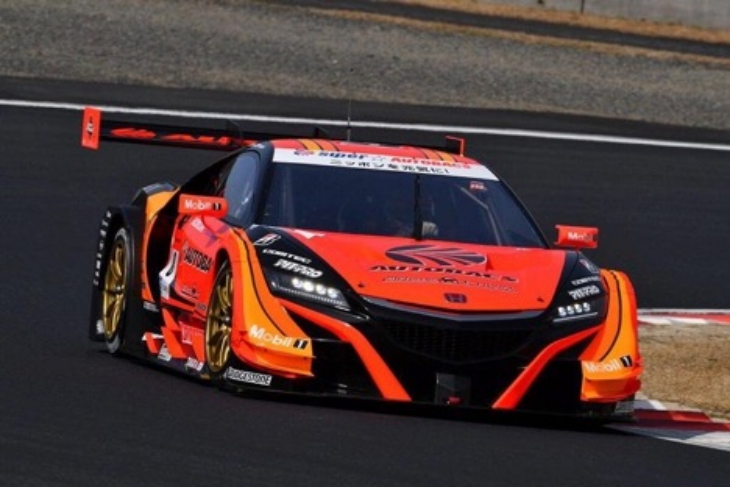 2017 marks Autobacs Racing Team Aguri (ARTA)’s twentieth anniversary as a team, the first of Aguri Suzuki’s racing teams, and still the most successful.

Nojiri was one of Honda’s star performers in the pre-season tests, putting the ARTA NSX through its paces. He’s yet to be able to string his raw pace into GT500 results, though not all of it is on the shoulders of the 27-year-old.

Kobayashi returns to GT500 after spending the last four years with ARTA’s GT300 team, where he was a perennial race winner and a title contender in 2016. He’s more mature and experienced than he was in a frustrating two-year run at the top in 2011 and 2012.

Not only is this ARTA’s twentieth anniversary, it’s the tenth anniversary of their record-setting GT500 championship season in 2007. But it’s been lean years ever since.

Last season, ARTA were the only Honda team to fail to score a top five finish, and they’ve only won two races in the last seven seasons. That simply isn’t good enough given their prior track record, and given the success of their GT300 operation in the same colours.

They were pretty solid in pre-season testing at Okayama, but for ARTA to turn things around, 2017 has to be a year where they get back to posting big results when it matters the most. If not, it will be a twentieth anniversary to forget. 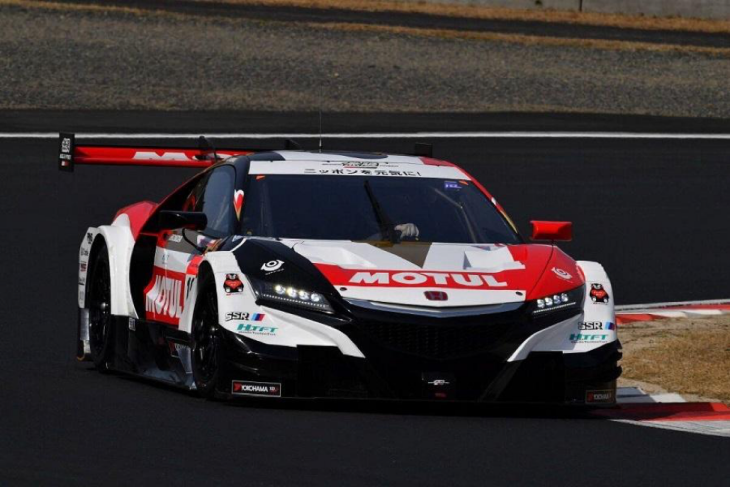 Mugen are back. The return of the 2000 GT500 champions, two-time GT300 champions, and one of the most beloved and renowned names in Japanese motorsport was the big off-season news from Honda’s perspective, as Mugen return for their first GT500 campaign since 2003.

Mutoh comes over from the defunct Drago Modulo Honda Racing team, whom Team Mugen replace this season. Mutoh won pole position at Suzuka last season, and brings with him a GT300 title with Mugen in 2013, and IndyCar Rookie of the Year honours. When he’s on, he’s incredibly fast.

Daisuke is the younger of the Nakajima brothers, moving over from Nakajima Racing to try his fortunes with Mugen. There have been glimpses of potential that have yet to be realized for the 27-year-old so far.

And for the first time since 1996, a Honda NSX-GT will carry Yokohama tyres – Honda willing to try everything they can to turn their fortunes around as a whole, and Yokohama wanting to expand their presence in GT500 with a third team – that team being Mugen.

They were the fastest Honda in the abbreviated test session at Fuji, but their form was a bit shaky otherwise. It’s great having Mugen back, and in 2017, they’re intent on adding another chapter to their fabled racing history. Amidst the sea of struggles for Honda, Real Racing were the manufacturers’ most consistent and outstanding team last season – that cannot go unnoticed.

Tsukakoshi is in his ninth season, all of them with Real Racing. The 2013 GT500 runner-up was the quickest Honda driver on a round-by-round basis last season, and battled hard to get their best result of the season at Fuji last August.

His veteran co-driver Kogure is Honda’s most experienced driver, now a member of the 100 Race Club and a former GT500 champion with Dome Racing.

Tsukakoshi beat Kogure in the closest Super GT finish in history, winning the 2010 race at Sportsland SUGO by 0.025 seconds. To this date, that remains Real Racing’s only GT500 race win to date.

Team director Katsutomo Kaneishi has still come close to winning championships in years since, through the team’s approach centered around consistent points-paying results over the course of a season.

At the Okayama tests, they were fastest of all the Honda teams, and on a consistent, repeated basis. They along with the other two Bridgestone-clad Honda teams helped to bust up Lexus’ stranglehold on the top of the leaderboards, fourth overall from all four sessions.

If they can keep up that form, they can get back in the win column for the first time in seven years. And with the experience of Tsukakoshi and Kogure, the Keihin NSX might be Honda’s best bet for a title contender in 2017. 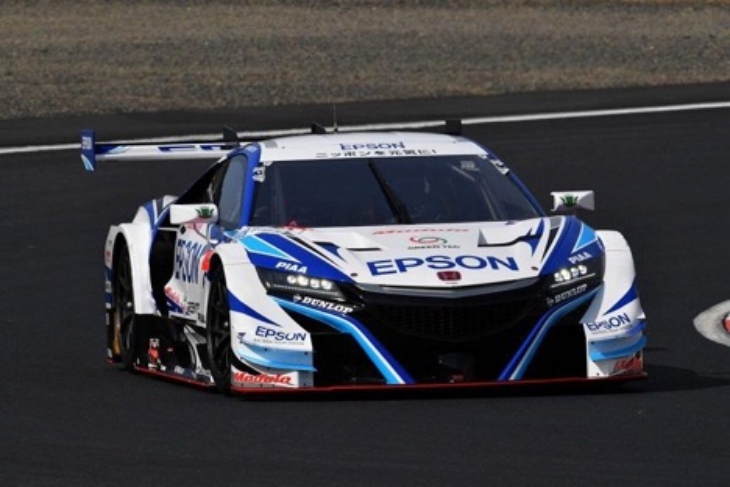 Nakajima Racing have occupied the unenviable position of Super GT’s last place team for four frustrating years in a row.

Baguette remains with the team, in his fourth year, having already delivered some memorable wet-weather performances over that time span. He’s a proven champion in LMP2 and Formula Renault 3.5.

He’s also raced in IndyCar, as has new co-driver Matsuura, who moves over from ARTA to replace Daisuke Nakajima. But the veteran Matsuura has also endured a few lean years in succession.

The exclusive partnership with Dunlop, now in its seventh year for Nakajima Racing is as much a curse as it is a blessing, with no other teams to help provide feedback back to the tyre maker – their only decided advantage is in the rain.

A change in chief engineer, bringing in Kimitoshi Sugisaki from JLOC, could give the team some new ideas going forward – he was also chief engineer at Kondo Racing for several years.

It’s astonishing how tough things have been for Satoru Nakajima’s team, which has now gone winless in the last nine seasons. If pre-season testing was an indicator, they’re still struggling big-time to even match the pace of the other Hondas around them. Where does the proverbial light at the end of the tunnel lie? 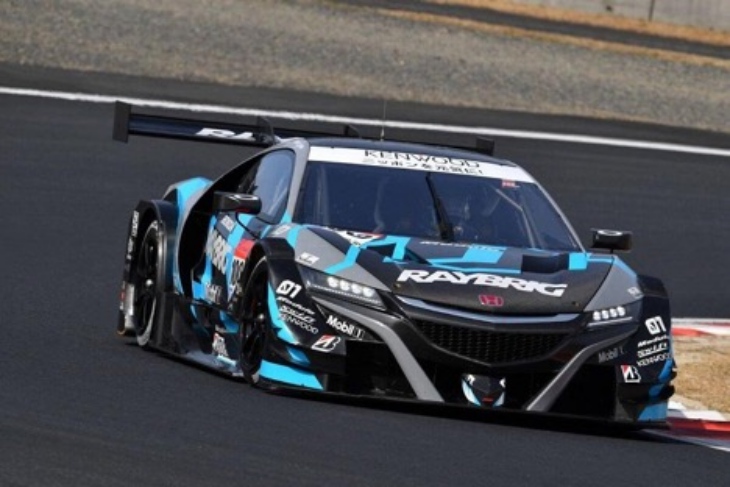 The iron man of Japanese motorsport, Kunimitsu Takahashi, fields yet another one of the iconic cars on the Super GT grid, the Raybrig NSX.

Yamamoto won the 2013 Suzuka 1000km, won the Super Formula title that same season, and has been third in the championship in 2014 and 2015. Last year was more difficult from the professional side of things, but in the last few years, he’s been Honda’s best national-level racing driver.

Izawa has partnered Yamamoto for five of the last seven years in the Raybrig NSX, forming a cohesive partnership of evenly-matched drivers. Three years removed from a GP2 Series foray that’s best left forgotten, when Izawa has the car for the task, he’s one of the best late-race drivers on the GT500 grid.

Yamamoto and Izawa are the most popular Raybrig drivers since Kunimitsu himself was driving for the team late in his career. And they were one of the better Honda performers in testing as well.

But they’re now the oldest team left that haven’t won their first GT500 championship, coming closest in 2006 when they finished second. A championship run isn’t certain given Honda’s recent struggles, but if they were to do it in 2017 – twenty years after the first Raybrig NSX entered a Super GT race – it would be a popular victory for sure.