A thunderstorm broke over the Autodromo di Monza some fifteen minutes into the night session.

Before it did, all LMP1 Hybrid cars reeled off some quick laps : fastest were Neel Jani in #1 Porsche with a 1:31.606 and Earl Bamber in #2 Porsche with a 1:31.823, followed by the two Toyotas. Yet, none of these lap times showed an improvement on this morning and this afternoon’s fastest lap times. The #4 ByKolles CLM P1/01  covered a few laps in this session but lost its rear wing towards the end of the session. In the LMP2 category, Mathias Beche on #13 Vaillante Rebellion also managed to have three laps on a dry track. He was fastest by clocking a 1:41.467, some five seconds off today’s quickest LMP2 lap. 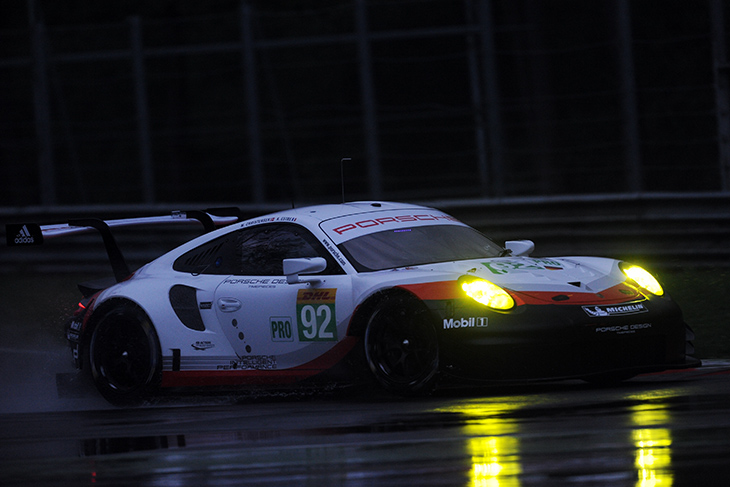 GT cars weren’t as fortunate : they had to set their fastest laps on a damp track. Once more, Porsche took top positions in the GTE Pro and in the GTE Am categories : In LMGTE Pro, #92 Porsche of Michael Christensen / Kevin Estre and sister car #91 of Richard Lietz / Fred Makowiecki set a fastest lap of 1:58.247 and 2:00.881 respectively. In LMGTE Am, Ben Barker was again the fastest with a 2:02.640. It was also the only LMGTE Am car to cover at least one full lap in this session. 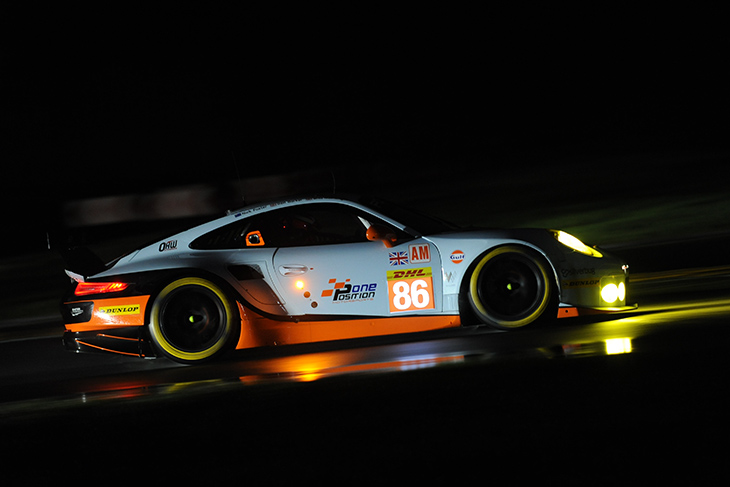