The next stage of RJ O’Connell’s comprehensive 2017 Super GT season preview is a look at the GT300 runners. If you missed his GT500 content, you can view the three parts here:

GT300 is Super GT’s second-tier category, but it is far, far from a second-rate competition.

There’s a good case to be made that GT300 offers more variety, more competition, and more excitement than the GT500 class with which it races on the same circuits every weekend!

And it’s not hard to see why: The diversity of cars and manufacturers. The ongoing war between the FIA GT3 and JAF-GT subcategories – one possessing superior downforce, the other with supreme horsepower. The rapidly escalating quality of the drivers, year in and year out – including the only active overall champion of the 24 Hours of Le Mans.

Throw in the three-way tyre war between Yokohama, Bridgestone and Dunlop, and GT300 really has something to offer for every fan of sports car and endurance racing if, for some reason, GT500 alone isn’t enough.

This year’s GT300 field is thirty cars deep, the largest ever in the history of the “sanbyaku” class. 12 different manufacturers and 16 different models will be on the grid for the opening round at Okayama – and there is little exaggeration to say that there are now twice as many teams that are capable of taking a race win than there are rounds in a season.

The Mother Chassis platform is Super GT’s blueprint for the future of GT300. Though all cars have the same monocoque, same 4.5 litre Nissan-derived engine, and same Hewland sequential gearbox, each has their own unique flair to them.

Best of all, in just two seasons’ time, the Mother Chassis (MC) has accomplished its stated goal – to provide a competitive, cost-effective alternative to customer GT3 cars. That goal was accomplished with VivaC Team Tsuchiya winning the 2016 GT300 Championship in a Toyota 86 MC.

Defending champions VivaC Team Tsuchiya come into 2017 as the fastest team in pre-season testing at Okayama, and a favourite to repeat as champions.

It was a whirlwind off-season for the team: Ten days after winning the championship, owner and founder Haruo Tsuchiya was hospitalized for three months with oral cancer. This left Takeshi Tsuchiya, recently retired from full-time driving, to take charge of preparing his family team for the season to come.

Their excellently executed pitwork and masterful strategic calls played a major role in their championship victory last season, and now with the driving talents of Matsui and Yamashita – the latter coming off a Macau Grand Prix performance that had the world buzzing – they would perhaps be the odds-on favourites to take back-to-back GT300 championships in 2017.

Team Upgarage with Bandoh were one of 2016’s most improved teams, looking to take the next step forward in 2017. Former GT300 champion and Dome Racing R&D driver Yuhki Nakayama returns for his third season in the Upgarage 86. He was last year’s Suzuka 1000km pole winner – were it not for an untimely safety car, he could have won it last August.

He’s joined by 24-year-old Formula 4 graduate Shintaro Kawabata, a protegé of former GT500 champions Juichi Wakisaka and Toranosuke Takagi. Race winner in F4 and in Porsche Carrera Cup, Kawabata was fastest in his first-ever test session in the car.

The last of the Toyota 86 MC runners is Panther Team Thailand, the first Thai squad to attempt a full season in Super GT. They have experience as a local wildcard team in 2014 & 2016, but the step up to full-time competition has already proven a tough challenge in testing.

Thai racing legend Nattavude “Mad Cow” Charoensukhawatana is the oldest rookie in the field at 53 years young, partnering countryman Nattapong Horthongkum. Both men have won championships in Asia before, and have been teammates for years in Thailand – but this is by far their toughest racing challenge ever. 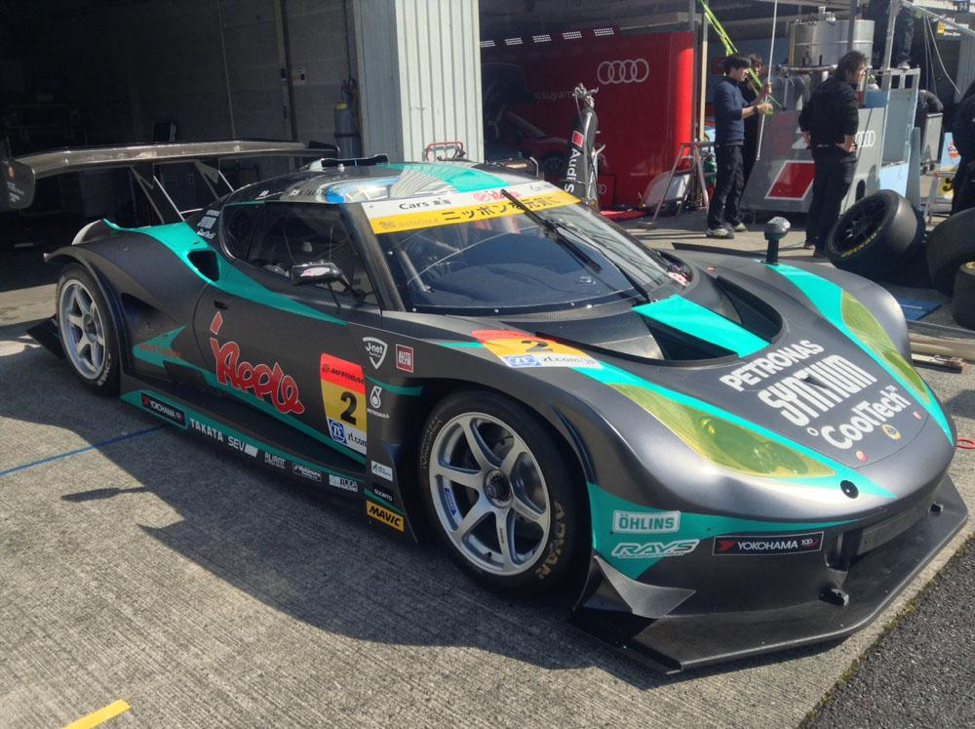 The mid-engined Mooncraft Lotus Evora MC, brainchild of designer Takuya Yura, will once again be run out of the Cars Tokai Dream28 garage. 64-year-old Kazuho Takahashi is the oldest driver in the field, and will once again be joined by the hard-charging veteran Hiroki Katoh.

Despite the Mooncraft Lotus’ potential for great speed, poor reliability and the diminished pace of gentleman driver Takahashi has capped their competitive prospects over the last few seasons. Katoh will once again be called upon to be the pace-setter of the team, with blistering qualifying laps and marathon race stints. 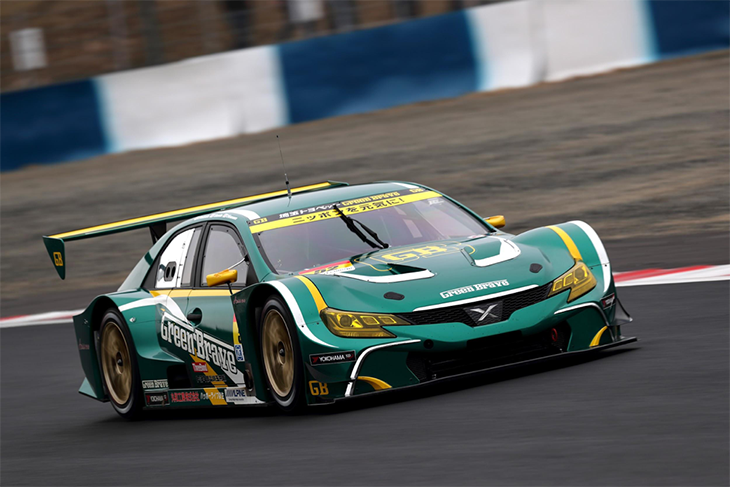 They have a unique approach built around running a fan-friendly team, based on their best practices as a car dealership. Their race mechanics are all service mechanics at Saitama Toyopet shops – ordinary people doing extraordinary things.

Former GT300 champion Taku Bamba returns to the series for the first time since 2012, partnering veteran Shigekazu Wakisaka for the opening round of the season. Owner/driver Takayuki Hiranuma will drive later in the season.

The “original” JAF-GT300 formula will be represented by three factory-run cars in 2017: Two Toyota Prius GTs by apr Racing, and one Subaru BRZ by R&D Sport. 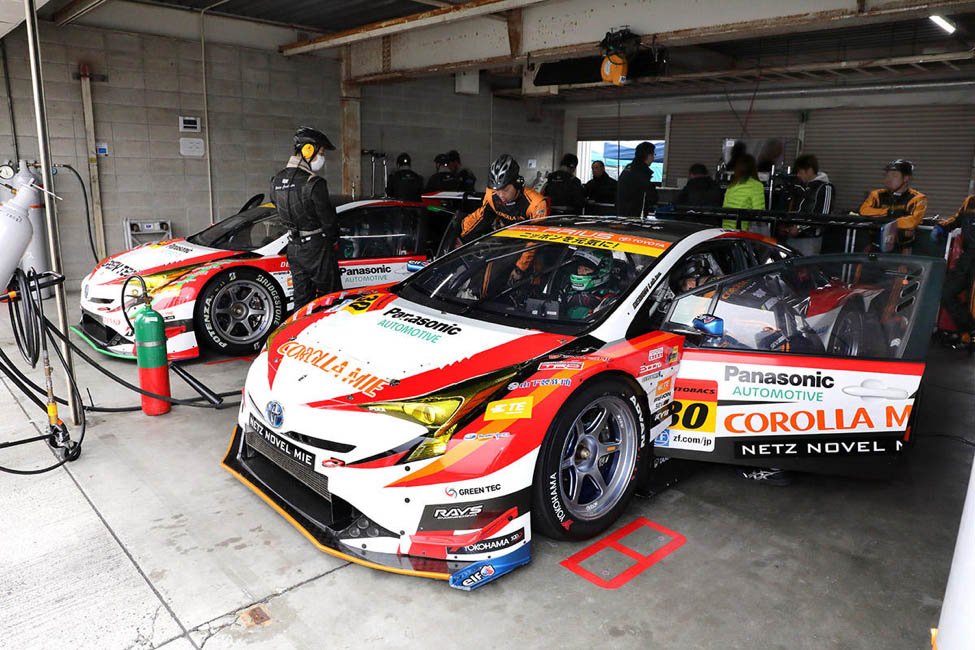 The #30 Prius is the “pro-am” car of the two-car outfit, getting extra power from a lithium-ion battery hybrid system, and running on Yokohama tyres. Driving duties will once again be trusted to gentleman racer Hiroaki Nagai, and former GT300 champion and all-time class pole winner Kota Sasaki. 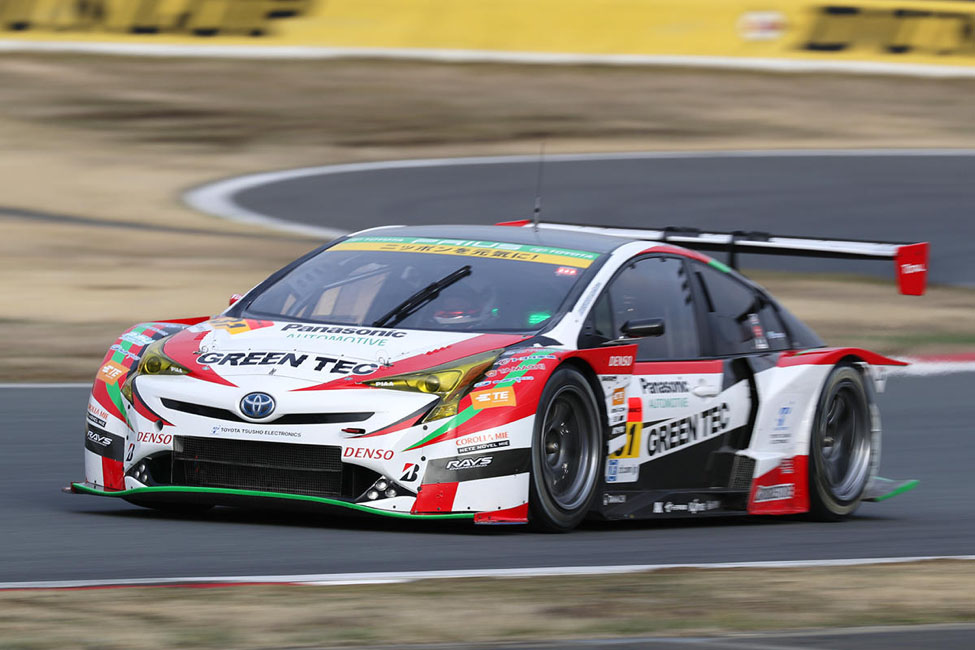 The #31 Prius, also run out of the apr garage, features a more potent capacitor-driven hybrid system, and runs on Bridgestone tyres. This is the Prius that finished runner-up in the GT300 championship the last two seasons.

Koki Saga has been with the apr Prius project since it began in 2012. This year, he has a new co-driver in 23-year-old Rintaro Kubo, who comes over from Arnage Racing as still somewhat of an unknown quantity.

Then there’s the Subaru BRZ R&D Sport, which was red-hot in the three-race 2016 Summer Series, and won the Suzuka 1000km, but failed to score points in the five remaining rounds.

Youngsters Takuto Iguchi and Hideki Yamauchi return to drive the boxer-powered BRZ, which boasts significant powertrain upgrades for 2017, hoping to claw back some of the power deficit to their GT3 rivals. They’ll also get a boost from their partnership with Dunlop tyres, now in its third season.

With a large and dedicated fanbase, two top-caliber drivers with their own unique set of strengths, and a car that’s proven to have bursts of championship-winning speed, Subaru’s supporters will demand from them a consistent championship challenge.