With the 2017 ADAC GT opener at Oschersleben fast approaching, here’s a catch up on all the news which has emerged over the past few weeks:

Schütz Motorsport is set to field new drivers in its Porsche 911 for the 2017 season, its sixth in the ADAC GT Masters. 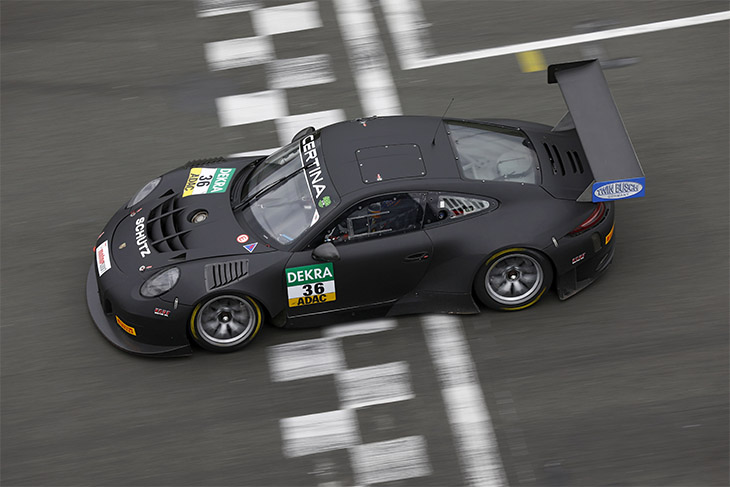 Klaus Bachler and former Aston Martin factory driver Alex MacDowall will share the drive in the for the outfit managed by Team Principal Christian Schütz, which kicks off the 2017 season on the weekend of 28th – 30th April in the Motorsport Arena Oschersleben.

“I’m really looking forward to the upcoming season,” said Bachler, who in the past drove in the FIA WEC with Proton Competition. “For me, the ADAC GT Masters is one of the strongest sports car series in Europe. I think the format with two sprint races and driver changeover is just great. I feel quite at home at Schütz Motorsport.

“We fought right up until the very last moment for the drivers’ title in 2015 and kept in touch last year. I hope we can perform well in 2017.”

Kaffer is unable to compete in the ADAC GT Masters as planned due to a clash of dates with commitments in the USA in Pirelli World Challenge. However, the team from Rietberg has called on van der Linde as his replacement. In the past the South African won the 2014 title with René Rast. Van der Linde will now partner Markus Pommer in one of two Audi R8 LMS racing cars.

“I’m really looking forward to working with Aust Motorsport and to the first roll-out for testing at Oschersleben,” commented Kelvin van der Linde, who is also contesting this year’s Australian GT championship with an Audi R8 LMS and has already secured two wins. 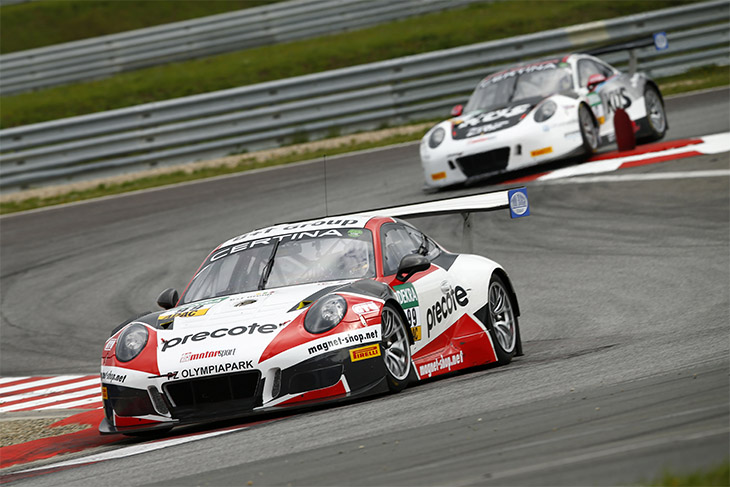 “We’re very satisfied with the tests,” said Herberth team principal Alfred Renauer. “Things could hardly have gone better. I think that we’re well placed for the season opener, even if the other teams improve.”

It was tight in the overall classification though, with much of the field able to lap within a second of Estre’s best time throughout.

This will be Lips’ sixth ADAC GT season, though he’s usually known for driving Corvettes in the series.

“I got a first impression of the Nissan during testing with the team in Hockenheim,” he said. “The car suits me very well, and I’ve posted some fast lap times with it. I’m looking forward to the fresh challenge. It’s a great honour to be lining up with Patrick Huisman.”

Mücke confirms the drivers for its entries

Bwt mücke motorsport has confirmed the driver lineups for its three-car assault on the 2017 ADAC GT seasons. 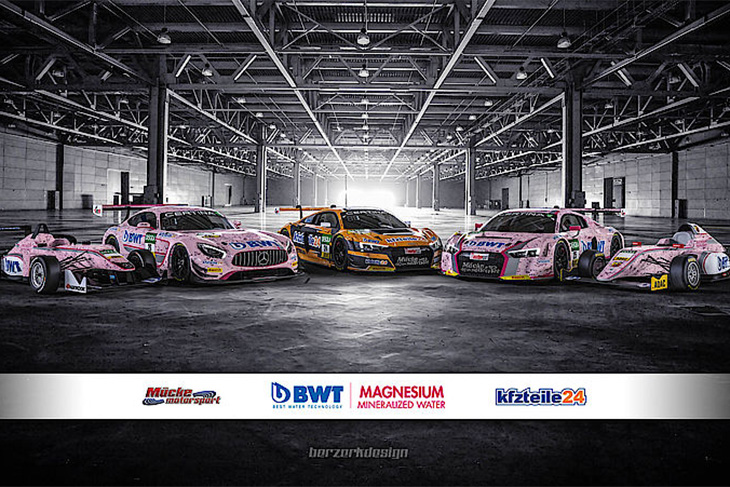 In its Audis, Mike David Ortmann will share the #25 with Audi stalwart Frank Stippler and Markus Winkelhock and Filip Salaquarda will combine to race the #24.

Driving its Mercedes AMG GT3 meanwhile will be a rotated lineup of Sebastian Asch, Stefan Mosquito and Lucas Auer.

Team Schnitzer from Bavaria, which has a long history of success will make its ADAC GT Masters debut this year with its BMW M6 GT3. BMW Motorsport junior Ricky Collard will spend a full-season competing in the ADAC GT Masters and will partner Austrian driver Philipp Eng. British driver Collard made his debut in the BMW M6 GT3 in February, racing in the 12-Hours of Bathurst in Australia with Nico Menzel and Jörg Müller, who mentors BMW’s juniors in GT racing.

“It is great to be able to contest a full season in the ADAC GT Masters,” said Collard. “I got a first impression of what the BMW M6 GT3 is like in Bathurst. The car is fantastic, and I’m especially looking forward to driving for BMW Team Schnitzer. They’re a legend in racing, and it’s a great honour to be able to drive for Charly Lamm’s team along with Philipp Eng.”

Audi Sport racing academy, which will have its race outings in the ADAC GT Masters undertaken by TKL Motorsport, will field two Audi R8 LMSs in the Super Sports Car League. 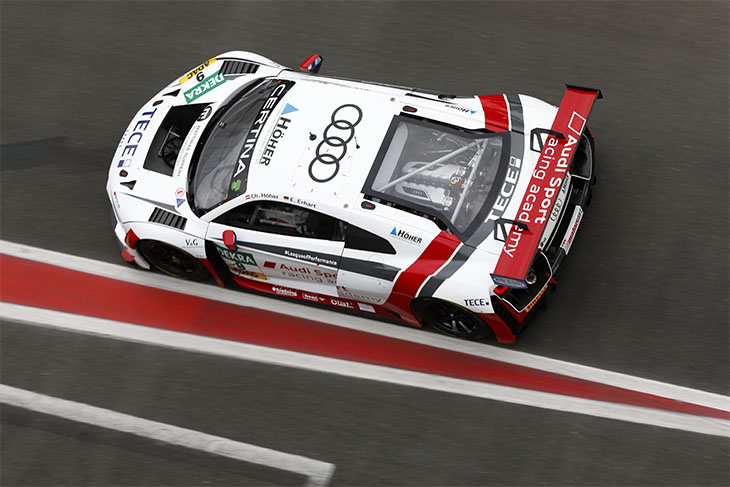 The squad of four is made up of two young newcomers and two familiar faces. Swedish driver Mikaela Åhlin-Kottulinsky completed her first full-season in the ADAC GT Masters season in 2016. 18-year-old Ricardo Feller from Switzerland will be her new teammate.

Elia Erhart will be one of the drivers taking his place in the sister vehicle. The German also made his debut in the ADAC GT Masters last year.

“I’m highly delighted that the Audi Sport racing academy have invited me to join them this year. This latest commitment is a huge opportunity for me to learn a lot of new things and to set the course for my future in motor racing. I see it as a huge and important step for my career as a whole,” said Erhart.

Chris Höher meanwhile is new to the team. The 19-year-old Austrian is also eager to get started.

“The Audi R8 LMS is in a completely different category to any of the racing cars that I’ve driven so far. It will be a massive change for me. Whereas, the braking point in a formula racing car might be set at 50 metres, it’s now going to be at about 150 metres. That won’t be easy to accomplish. After all, for almost five years, I’ve only ever been in a single-seater.

“Elia Erhart competed in the ADAC GT Masters last year. He’s got a lot of experience, and that will make it a bit easier for me to get involved in this top-class race series.”

With all the recent driver, team and series announcements recently, the full 2017 entry list has also been revealed.

For the year, there will be 32 super sports cars sporting seven different brands on the list, eight former champions and a mix of high-calibre newcomers and established teams.

“The ADAC GT Masters is continuing to develop from an already very high base,” said ADAC Sport president Hermann Tomczyk. “We welcome various high-calibre new teams and drivers this year. As a result, we are once again underscoring our reputation as one of the most important GT racing series in Europe.”