53 GT3 cars are set to make the traditional trip to Monza this weekend for the opening round of the Blancpain Endurance Cup season. The list is once again diverse, and features an enormous 31-car Pro class full of the world’s best GT drivers and teams, ready to take on Europe once again in 2017.

Here’s a look at the main prospects ahead of the curtain raiser on Sunday:

Mercedes heads to Italy with the most cars on the grid, 13 in total, with four in the Pro class from HTP Motorsport and Black Falcon, who should be there or thereabouts in the title race.

The car to watch from HTP will be the #84 of 2016 overall Blancpain GT champion Maxi Buhk and Franck Perera, who showed their potential at the opening round of the Blancpain Sprint Cup season at Misano, winning both races. For the weekend at Monza they will be joined by Jimmy Eriksson. Eriksson claimed third with the team’s other joint 2016 Blancpain GT champion Dominik Baumann at the wheel of the #85 HTP machine in Misano. 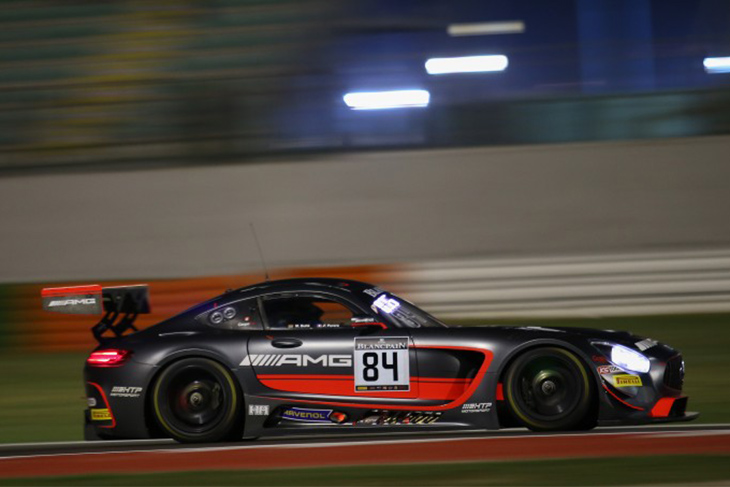 Seven AMG GT3s meanwhile will compete in the Pro-Am Cup. Among the drivers making their first appearance in 2017 DTM-star Edoardo Mortara stands out. The Italian will share the #90 AKKA-ASP car with his fellow countryman Raffaele Marciello and Michael Meadows.

Audi meanwhile has six Pro R8 LMS’ on the entry, with the usual suspects WRT and ISR making up the numbers. This year WRT’s lineup is as strong as ever. Of the four cars entered by the Belgian outfit, there’s two that stand out.

The R8 failed to achieve any stand out results at Misano, so the teams representing the German marque will be looking to turn that around at the ‘Temple of Speed’ 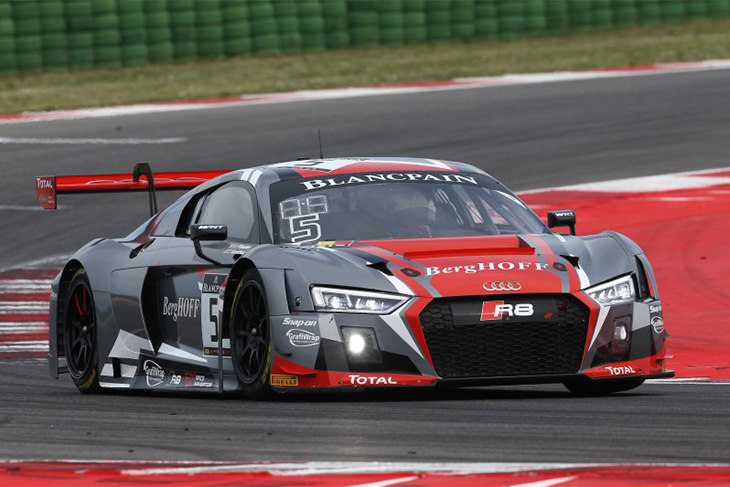 The other Audi in the race will be run by the Sainteloc Racing team. The R8 failed to achieve any stand out results at Misano, so the teams representing the German marque will be looking to turn that around at the ‘Temple of Speed’, with the hopes of taking the title fight to Barcelona at the end of the season.

Another marque hoping to bounce back after a rough Sprint Cup weekend earlier in the month is McLaren, with its four-car customer team Strakka Racing, the only outfit racing with them in Blancpain this year. The ex-LMP2 team is still getting acclimatised of racing in GT3, and at Misano was unlucky to have its chances of silverware ruined in the chaos during the Qualifying race. Its best finish was the #59 car of Andrew Watson and Rob Bell, which snuck into the points in the Main Race.

The endurance lineup of the British squad is considerably different from its sprint pairings, with reigning Endurance Cup champions Rob Bell and Côme Lédogar in the #58 clearly the one to watch, the pair joined by promising youngster Ben Barnicoat for the long-distance races. Across its other three 650S GT3s, David Fumanelli, BTCC convert Sam Tordoff, Craig Fleming, Dean Stoneman and Jazeman Jaafar will debut for the British team. 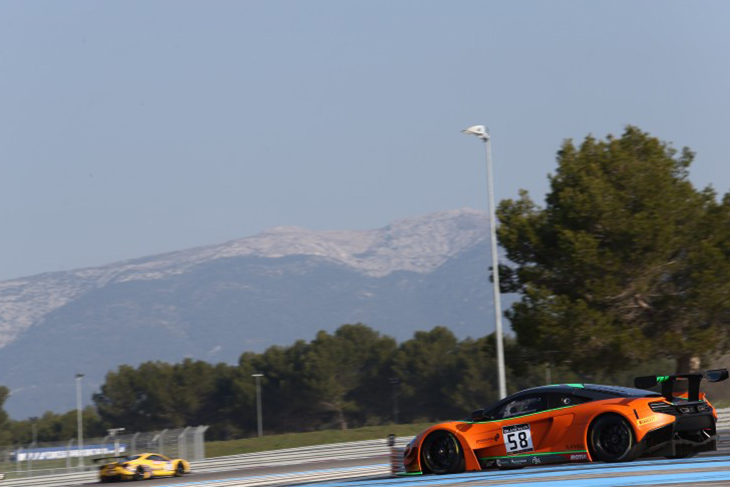 Last year Garage 59 surprised everyone, winning at Monza (and later Paul Ricard) en route to the Endurance Cup title; can Strakka Racing do the same this time around in defending the Woking-based brand’s crown?

Of the Italian marques, both Lamborghini and Ferrari will also feature in the top class.

For the ‘Prancing Horse’, all three of its 488 GT3s that will make the trip – run by SMP Racing, Kaspersky Motorsport and AF Corse-run team Spirit of Race – have potential to grab wins this season. 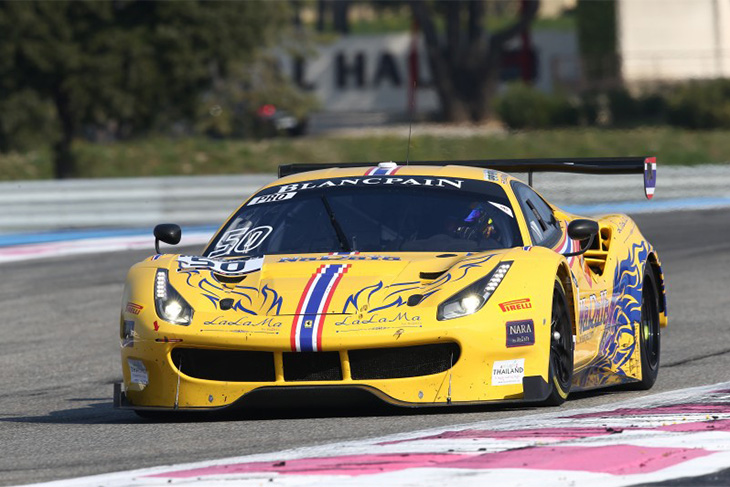 Lamborghini’s five Pro Huracans meanwhile, will be entered by the capable teams Ombra Racing, Grasser Racing Team, Orange 1 Team Lazarus and Attempto. Attempto will also race for Lambo in Pro-Am, along with Raton Racing and ever-present British GT team Barwell Motorsport. HB Racing will race in the AM Cup.

Of the lineups spread across the 10 Huracan GT3s, the #63 Grasser Racing trio of Mirko Bortolotti, Christian Engelhart and Andrea Caldarelli may well be the one to keep tabs on, as all three are capable of winning races, and, if their car holds up for the duration of the Spa 24 Hours, challenging for the title.

Emily Frey (Jaguar), RJN (Nissan) and M-Sport (Bentley) bring two cars apiece for their respected marques once again in Pro, and shouldn’t be overlooked either.

The GT-R is another GT3 car which is long into its development cycle, though it did win the Endurance Cup title and Bathurst 12 Hour just two seasons ago

In the Bentleys will be the high quality lineups of Andy Soucek, Maxime Soulet and Vincent Abril in the #8 and British drivers Steven Kane, Guy Smith and Blancpain debutant Oliver Jarvis (another Audi LMP1 refugee) to fill the seats in the #7. We’ve seen the Continental GT3 win races in the past, and narrowly miss out on the Spa 24 Hours win just last year. Has the Bentley effort got the required fight in it to challenge for season-long honours?

Driving the Nissans will be longtime NISMO drivers Lucas Ordonez, Alex Buncombe and Katsumasa Chiyo in the #23 and the fresh (but rapid) faces of Matt Simmons, Matt Parry and DSC columnist Struan Moore in the #22. The GT-R is another GT3 car which is long into its development cycle, though it did win the Endurance Cup title and Bathurst 12 Hour just two seasons ago. A lot has changed in the GT3 marketplace since then however. 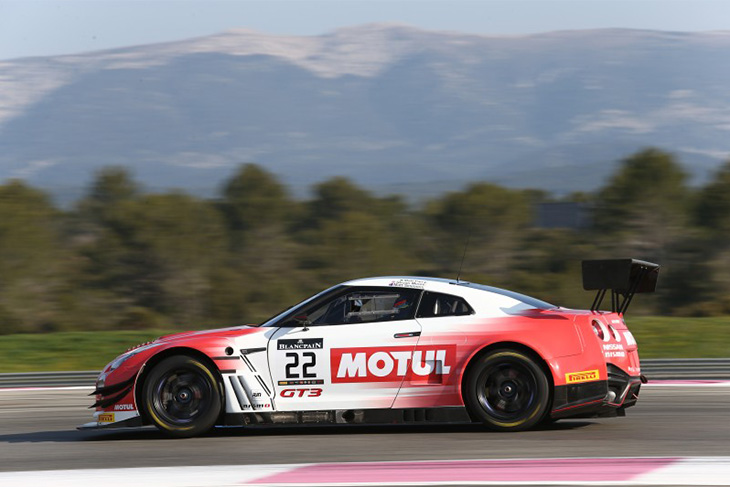 In among Emil Frey’s lineups for its G3 Jaguars are ex-F1 driver Christian Klien and ultra-fast German Marco Seefried in the #114 with Jonathan Hirschi. The car continues to show flashes of speed, but over longer distances, it’s yet to secure any notable results. The Swiss outfit continues to work hard on making it more competitive though; and now more than ever, it has a chance to turn heads.

For the final two brands represented, just a single car each will race for each. The two in question are Aston Martin and (surprisingly) BMW.

TF Sport has partnered with Oman Racing for an attack on the Pro-Am class with a Vantage for double British GT champion Jonny Adam and Ahmad Al Harthy, and VLN regular Walkenhorst will bring the only M6 GT3 on the list to the party. There’s no ROWE Racing, Boutsen Ginion or any other BMW customer teams on the entry this time around, which is notable, considering the car won the crown jewel Spa 24 Hours last season.

Porsche meanwhile, even with its upgrades to the 911 GT3 and recent successes in series like PWC and VLN, has no cars on the Pro grid for Round 1. Just one Pro-Am entry from Precote Herberth will fly the flag for the Stuttgart brand, though it could well challenge for the Pro-Am title. The team has had multiple impressive runs in the 24H Series recently, including a dominant win at the Dubai 24 Hours back in January.

This weekend’s three-hour race gets under way at 14:45 on Sunday, local time in Italy.