Hot on the heels this morning of Black Mamba Racing’s rather left-field (and all the better for it) ‘Hondolet’ – a Chevy LS9 engined Honda S2000 – comes an equally left field addition to the racing prototype ranks.

Paul Marquardt reports from Brazil and the testing debut last month of the Metalmoro JLM AJR:

Metalmoro is perhaps not the first name that comes to mind when you think of prototype racecars, but they are about to turn some heads with their newest creation, the JLM AJR. Most sports car aficionados will have heard of Radical, Wolff, and Tatuus, known for building cars that fall just outside the 3 main tiers of Le Mans Prototypes governed by the ACO. 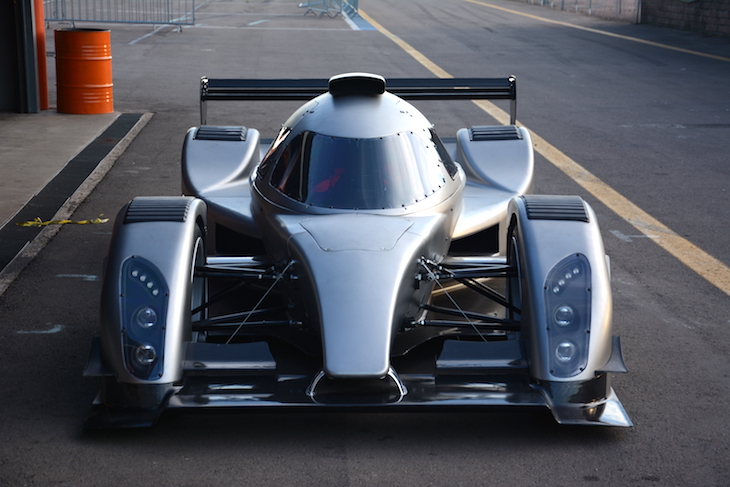 Metalmoro, a small Brazilian company, has dared to step beyond the current boundaries and see what is possible without the ACO rulebook. Metalmoro’s new no-holds barred car is utilizing some of the most trusted technology in the motorsport industry.

The car is powered by Honda’s K20 turbo engine, producing around 550 hp. With no regulations to adhere to, they have kept the weight of the entire car down to just 820 kg, which is 80 kg lighter than the current LMP2 car. In addition to a trusted Honda powerplant, the Metalmoro design team has utilized the Xtrac 1152 gearbox, the same box currently used in LMP3, and current LMP2-spec AP Racing brakes. 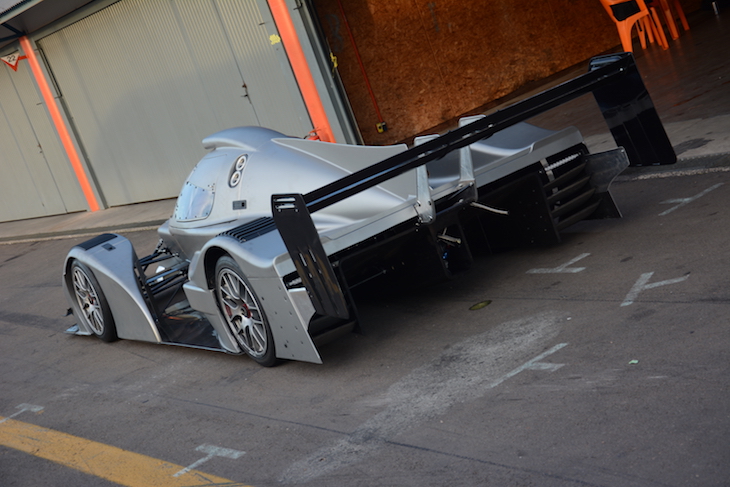 The result could be likened to a slightly shrink-wrapped real-life Red Bull X1 in concept, but unlike the XI, the JLM AJR is built in a small factory out of Cachoeirinha, Brazil.

Metalmoro was founded in 1982 by Ademar Moro, himself a former racer. His company manufactured go-karts throughout the 1980s and 90s. They moved up to fully fledged cars in 1999 when they launched their first prototype, the MCR, which is still raced today in Brazil. Ten years later in 2009, they launched their second prototype, the MRX, which has had great success in many regional series around South America. Metalmoro followed this momentum up in 2013 with an all new closed cockpit prototype, the MR18. These prototypes have competed in the 12 Hours of Taruma and 1000km of Interlagos. 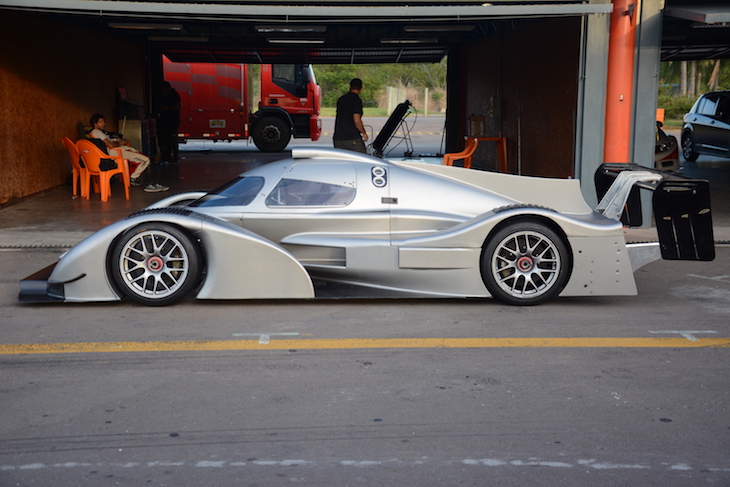 In 2015, planning started for the AJR, conducted under project engineer Silue Goessling. Ademar Moro’s son, Juliano, and marketing manager, Enzo Brocker, has also been working on this project since the beginning.

Enzo’s additional responsibilities include Component Purchasing and Research & Design. He was kind enough to share some details about the development of the AJR:

“The idea came when Juliano Moro, son of Metalmoro’s CEO, decided to replace its current car”, Enzo explains. [The MRX] holds records around many Brazilian racetracks, having no competitors in speed alone. We knew we had to come up with something faster, and for that we would have to exploit new concepts and perfect old ones, so we took advantage of the lack of rules regulating the car and went after simple things that we could use that are currently forbidden at most categories.” 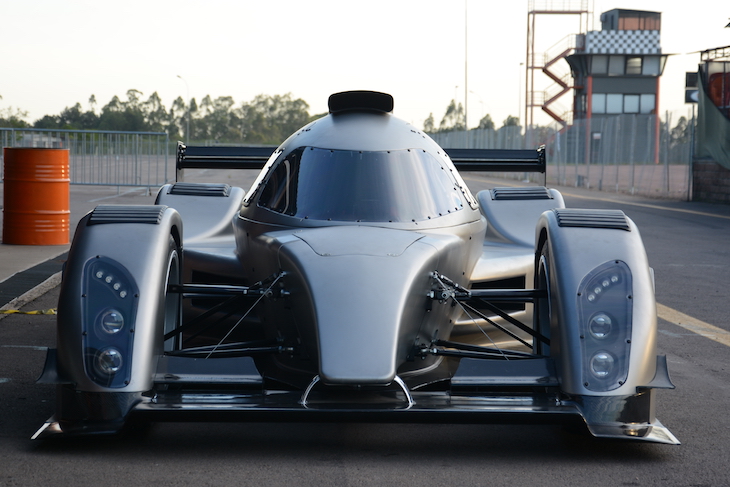 “At the beginning it was supposed to be an evolution of Metalmoro’s MR18 with more downforce and some LMP2 parts. When going after wings to add to the car a completely new bodywork was proposed as something far more effective, and then we were introduced to Miqdad Ali from Dynamic Flow Solutions, who offered to scale the project according to our budget, and with that the AJR as it is today was born. We then decided to have a new chassis design as well and go for a complete departure from previous cars, giving Miqdad greater freedom with the bodywork design.”

The team is certain their car has the potential to be faster than the 2017 LMP2 cars, and for much less cost. Their target is to sell a complete AJR for just below the cost of an LMP3 car (approximately €200,000). It is a very modular design that can accommodate different suspension layouts, wheel sizes, bodywork, and even engines. The current tube frame chromoly chassis can be swapped out for a full carbon fiber tub, to which the team already has plans for. Even the front and rear “plates” can be removed in exchange for custom parts without having to modify the whole chassis, making the whole package attractive to a wide range of customers. 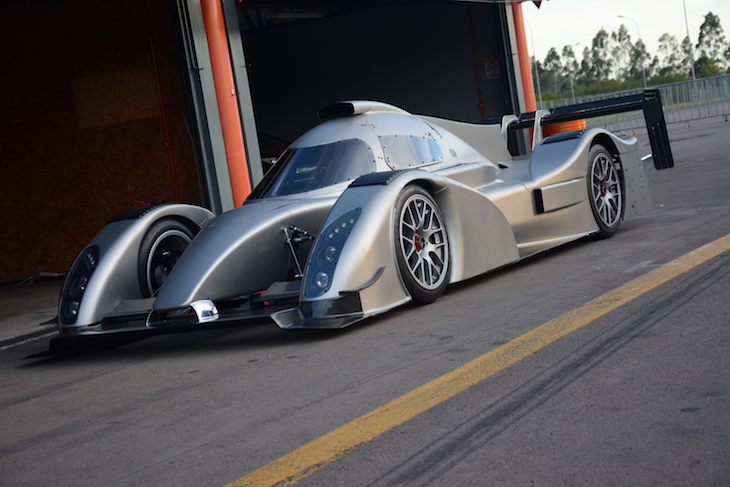 Designing a racecar from the ground up is by no means a smooth process, and according to Enzo, the most challenging part for Metalmoro was manufacturing the bodywork:

“All the previous cars had a model made by hand and then molds were made from that design, this was the first time we had a CAD for it, and with a CFD study determining everything we had some complex shapes to manufacture.

“Because of our budget we decided to do all we could in house, so we put our CNC machines to work with plywood blocks we assembled and the factory turned into dust before we had to develop our own suction system. For more than a month we were almost a wood shop, with the carbon fiber work and the other factory activities happening alongside the process.”

Amongst the consultants on the project was our very own Dan Hounsell, now known worldwide as the man behind the ‘Volvo Dpi’ April Fools render, but a very talented artist/ designer in his own right – Dan consulted on the headlamp profile for the new car. 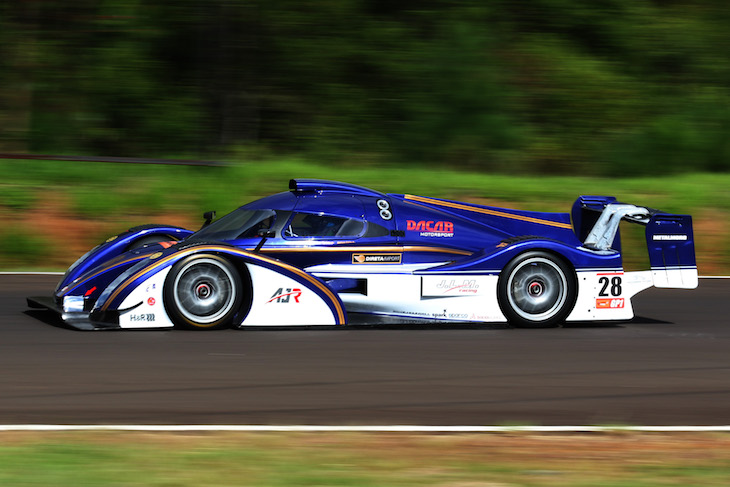 “The AJR is primarily intended for the Brazilian market and “aimed at raising the bar in terms of performance and product quality of Brazilian racecars. This focus on a good product has its eyes on customers willing not just to drive something fast but to have a nice car to add to their collection or resume, and with the end of GT3 racing in Brazil in 2013 they don’t have many Pro-Am options that suit their desire.”

Metalmoro also hopes to race the AJR in the United States with FARA, the 25 Hours of Thunderhill, and potentially even the famous Pikes Peak Hill Climb. 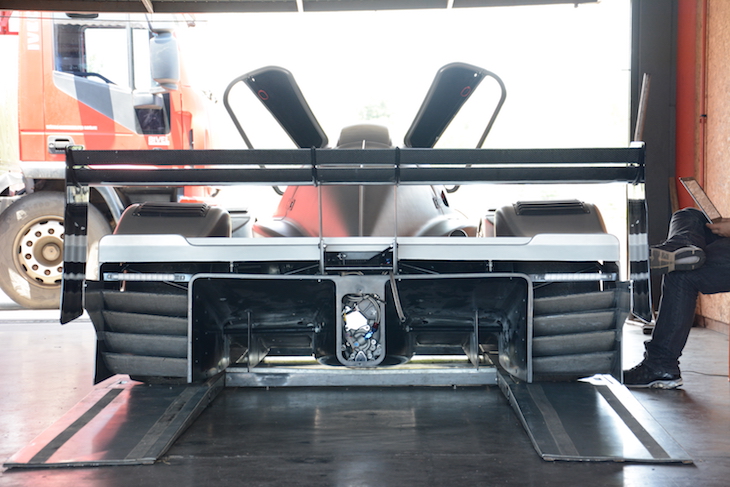 These races have some very tough prototype competition for the Metlamoro team though the Brazilians have done some impressive work so far with testing well under way and an official launch taking place a month or so ago prior to the Brazilian Endurance Championship season opener at Tarumã.

They have set a massive example for what can be achieved with a small amount of resources and a lot of determination. Metalmoro is very much a throwback to a time when there were many more small manufacturers each trying to create something different to stand out against the competition.