Maximillian Buhk is the latest man to join DSC as a regular contributor. He’ll be keeping us updated with the ins and outs of a busy 2017 season.

I know DSC readers are truly motorsport fans and know a lot of what’s happening in the GT3 world, but I would like to give you a bit of an inside view of what it’s like racing in competitive motorsport.

It was a long winter since my last race in October. But it was nice to have a bit of a break, go on holiday with family and friends and just re-charge my batteries. It was a very long season last year, with adrenalin pumping right until the last corner of the last race, fighting hard for every point to secure the Championship titles for both Dominik (Baumann, team-mate in 2016) and my team, the Mercedes-AMG Team HTP Motorsport. After winning the titles in Barcelona, we could just feel that all the pressure dropped off our shoulders and all the hard and intense work over the month had paid off. After all, it was the very first season racing with the brand-new Mercedes-AMG GT3, the successor of the very successful SLS GT3.

My season could not have started at a better race-track than the famous Nordschleife. This place is really like nothing else, not even Bathurst comes close to it, even though it is an extraordinary place. For the VLN races #1 and #2, we didn´t focus on setting fastest lap-times or climbing the podium. It was more about finding the perfect set-up, putting in as many laps and mileage as possible, to be best prepared for the big one in May: The 24h-race at the Nürburgring. The race with the largest starting field, the craziest fans, the most ecstatic grid. Last year, I celebrated my debut and I am excited to return again this year.

Then we headed to Italy for the two season openers of first the Blancpain GT Series Sprint Cup in Misano, and then three weeks later the Endurance Cup in Monza. Heading to Misano, we knew we would have a competitive car, but we didn’t expect to be that dominant. We stormed to victory in the qualification race and in the main race on Sunday, we took the second win with over 20 seconds ahead of the second-placed car. Monza was tougher, because the field of 54 cars was extremely close, in qualifying, the first 32 cars were running within one second. We only qualified down in 16th place, but I managed to have a really good first stint and brought the car into the pits for driver change in P5. My team-mates Jimmy (Eriksson) and Franck (Perera) did their jobs to bring the car home in a good place and we made the podium with P3. 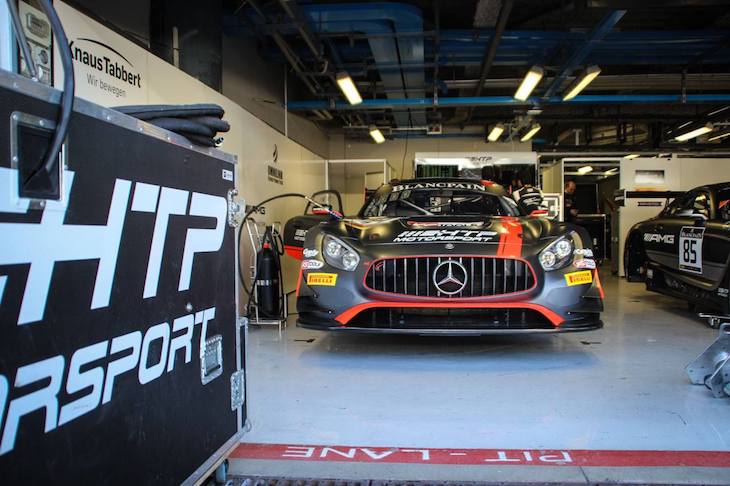 Although we are now comfortably leading the Blancpain GT Series, we know it will be one of the hardest seasons ever. Next stop will be Brands Hatch for the second round of the Sprint Cup, one of my personal favourites! Brands Hatch is a really cool track, proper old-school, exactly what you want as a racing driver. The second sector is especially fun to drive, there is no room for mistakes, like I experience in 2015.

May is a busy one with back-to-back races all along for me with the highlight being the 24-race at Nürburgring. Stay tuned, I hope you enjoyed my first read and I will update you after the probably most famous 24-hour race in the world.