After Toyota finished atop the times in all three practice sessions, the #1 Porsche 919 Hybrid of Andre Lotterer and Neel Jani scored Pole Position for the 2017 6 Hours of Spa-Francorchamps with a 1:54.097 average in today’s LMP Qualifying session. The result means that Porsche has now overtaken Audi for the factory with the most Pole Positions in the WEC’s LMP1 class with 16.

“Neel did an amazing lap, for me it was smooth, conservative, I didn’t realise there was so much grip, it’s cool that my fastest lap was quicker than by best lap in F1 here,” Lotterer said. “I didn’t think we’d beat the Toyotas as they’ve looked strong all week. The first job is done, the next step is to win the race tomorrow.”

Behind, Toyota Gazoo Racing managed to secure second, third and fourth on the grid with its #7 and #9 Toyota TS050 Hybrids. Kamui Kobayashi and Mike Conway proved the better pair across the two cars, with the duo – who are without teammate Jose Maria Lopez for the race – setting a 1:54.693. It was nevertheless a positive performance from the #9 crew, who are racing with the low-downforce aero package this weekend, finishing the session just six tenths off the pole time. The #8 finished fourth.

The second of the Porsches meanwhile, ended up fifth after a costly error from Brendon Hartley at the Bus Stop, the Kiwi locking his brakes and going on at the end of a flyer, meant he and Timo Bernhard couldn’t fully recover, finishing up with a 1:55.440.

G-Drive Racing took Pole Position in LMP2 for the second race in a row, headlined by a remarkable 2:01.253 lap by Alex Lynn in the process, which was faster than the Pole time set by Allan McNish in the #2 Audi R18 Hybrid LMP1 in the first season of the FIA WEC here at Spa. The average after Pierre Thiriet’s laps was a 2:02.601, beating the competition in what turned out to be a hotly contest P2 class. 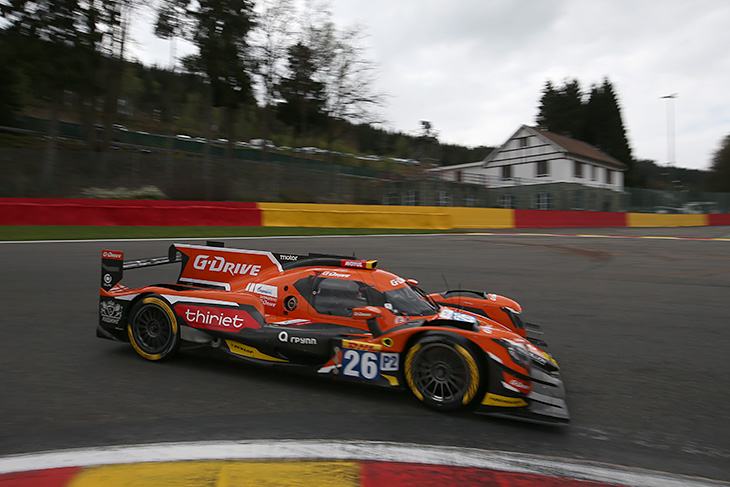 “It’s nice to repeat the Silverstone result and get Pole,” Lynn commented after the session. “The next step is to finish where we’re starting tomorrow. It was a difficult session with the red flag, it was hard to choose whether we needed to change tyres. We did, as the first only did an out-lap so we thought it would work well as they’d be bedded in for the race.”

Second in LMP2 was the #36 Signatech Alpine of Matt Rao and Gustvao Menezes, the pair combining to set a 2:02.624 ahead of their teammates in the #35 Alpine, with an impressive combined time of 2:02.629 in the car’s 2017 debut. The #24 Manor and #13 Vaillante Rebellion Orecas finished up the day fourth and fifth respectively.

The class was extremely tight session, with the top five within a second of each other, and the top four within just 0.031.

The LMP session was a frantic one, with Vitaly Petrov in the #25 Manor Oreca having a heavy shunt at Speakers Corner on his first flying lap. The Russian lost the rear-end of the car on the entry and hitting the tyres side-on. It left the car with heavy rear-right damage, forcing a red flag period to let marshals to recover it.

Dominik Kraihamer in the ByKolles CLM (which will start 11th overall) also had a moment at the Bus Stop after it went green again, spinning on the exit, the #7 Toyota narrowly avoiding being collected. 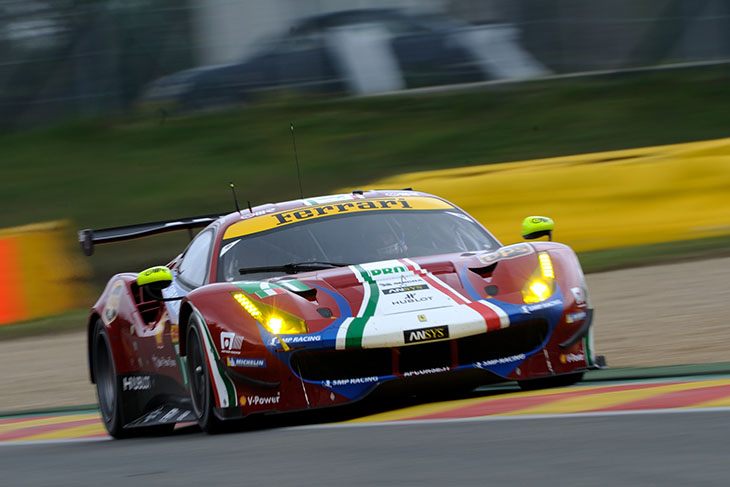 Their times was just under half a second faster than the second place #66 Ford Chip Ganassi Team UK GT after Stefan Mücke and Olivier Pla steered the American car to a 2:15.418. Lining up third in the class will be the #67 Silverstone-winning Ford after laps from Andy Priaulx and Harry Tinckell, the duo lapping just a tenth off their teammates in the sister car.

“We worked a lot to be fast here, it was not easy here in Spa,” said Rigon. “I’m very happy to be on Pole Position after a bad race at Silverstone. I want to score good points. The competitors are very close so strategy will be very important tomorrow.”

Fourth in Pro went to the #51 AF Corse Ferrari of James Calado and Alessandro Pier Guidi, ahead of the #91 Porsche.

The best of the two Aston Martin Racing Vantages finished up a disappointing seventh, the #95 ‘Dane Train’ ahead of the #97 in eighth. Marco Sorensen and Nicki Thiim’s combined time was a 2:18.659.

AMR had a much better time in Am however, with Pedro Lamy and Paul Dalla Lana scoring Aston Martin a record 46th class Pole with a 2:18.659 ahead of Lamy’s 60th race with the team tomorrow. 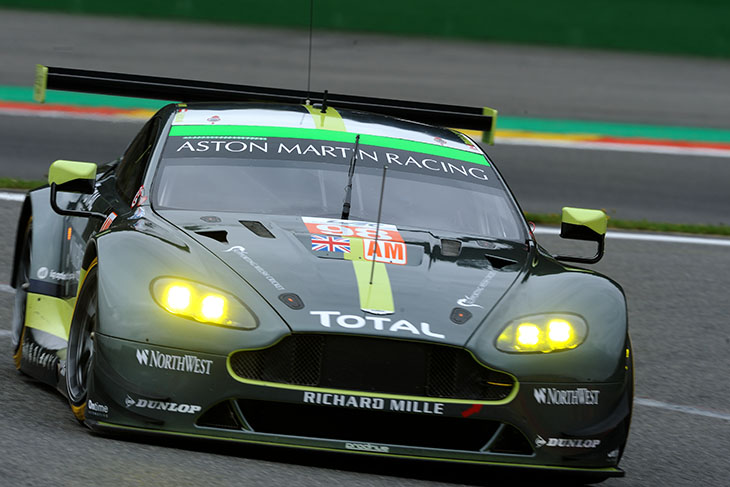 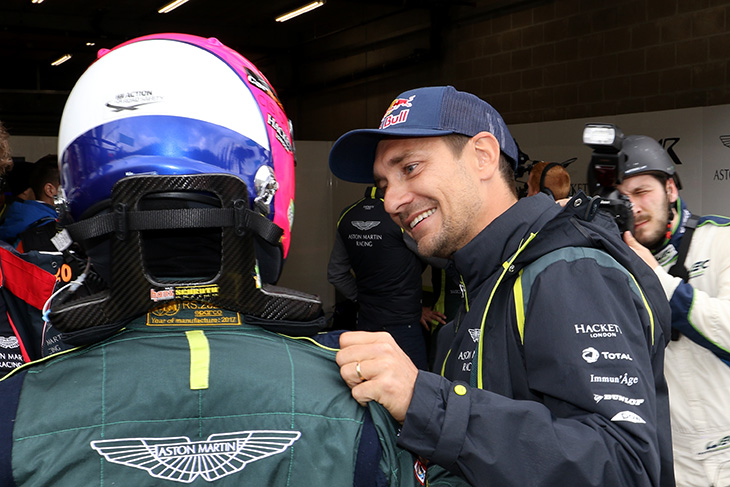 Behind the #77 Dempsey Proton Porsche finished up second with a 2:19.065 despite the best efforts of Matteo Cairoli and Christian Reid to pip the Aston to Pole. The Spirit of Race Ferrari will start third in the class.