The #7 Toyota Gazoo Racing TS050 Hybrid of Mike Conway leads the 2017 6 Hours of Spa-Francorchamps after a frantic first hour of racing in the Ardennes.

The race started with a bang, as the #9 Toyota of Nicolas Lapierre attempted to take the lead into La Source, but the Frenchman ran way too deep into the corner, locking up and going straight down the escape road. This left Pole-sitter Andre Lotterer still in the lead in the run down to Eau Rouge. 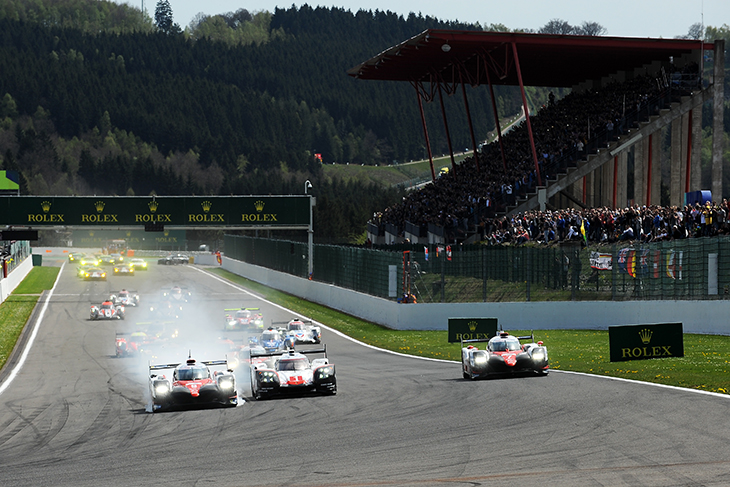 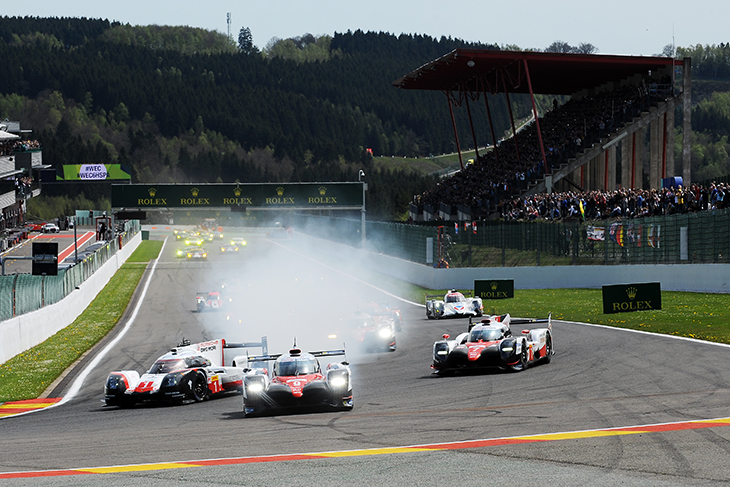 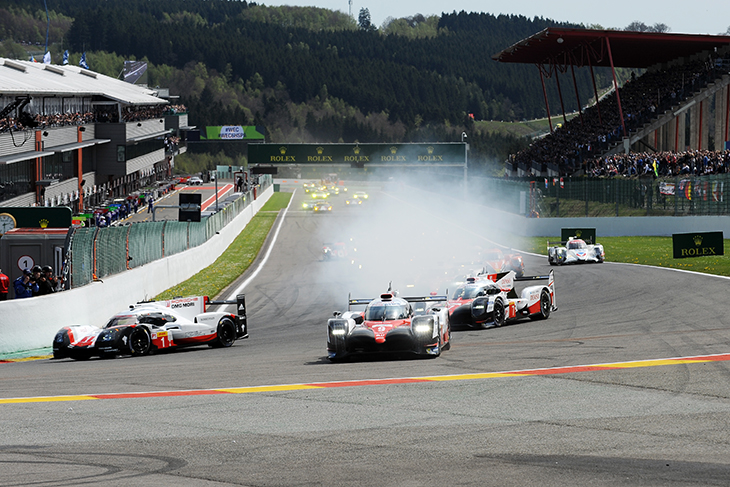 Lotterer led for the opening laps, though the Toyotas would come to the fore later in the hour. The chase for the lead turned into a thrilling three-way battle involving Conway and teammate Sebasitan Buemi in the #8. It ended with Lotterer slipping to third behind Buemi and eventually fourth when Brendon Hartley made a move to take third in the #2 Porsche on the entry to the Bus Stop. The #9 Toyota currently sits fifth, yet to recover from the Turn 1 off.

It was a similar situation in LMP2. The #26 G-Drive Racing led most of the hour, but after the first round of stops, Roman Rusinov emerged from the pits in second behind the hard-charging #31 Vaillante Rebellion Oreca of Bruno Senna. Third and fourth after an hour of door-banging action are the two Jackie Chan DC Orecas – the #37 leading the #38 – the pair having multiple battles with the #24 Manor Oreca and both Signatech Alpines. 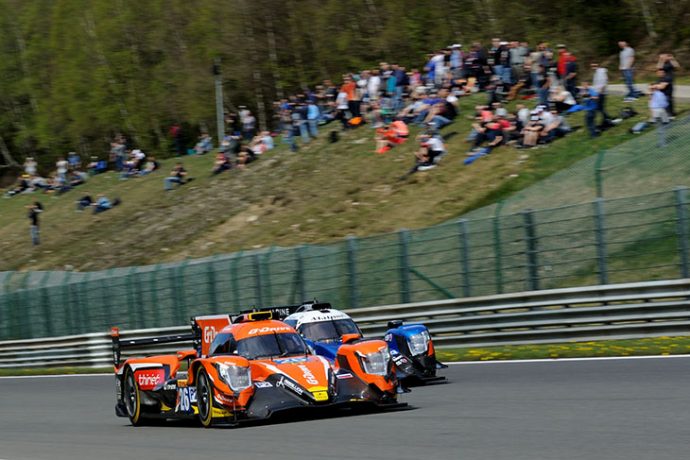 The #36 Alpine looked strong in the opening laps with Romain Dumas pressuring Rusniov for the lead, but the Frenchman eventually faded, and had an off onto the run-off area at Pouhon after contact with Senna. The car is now down the order in 10th with Matt Rao now aboard.

Tockwith Motorsport and TDS Racing also had a tough hour, both serving drive-trough penalties. It was worse for the Tockwith Ligier though, with the team receiving an additional drive-through penalty. The car was also brought in for a third time early in the race to change a tyre because of a left-rear puncture.

GTE Pro was quiet for most of Hour 1, until the battle at the head of the field hotted up. The #71 AF Corse Ferrari of Davide Rigon led almost the entire 60-minutes to open the race, with the sister #51 briefly moving into second spot after James Calado went round the outside of the two Fords while running-three wide into Le Combes. Harry Tincknell in the #67 then took the second place back amid the fight. 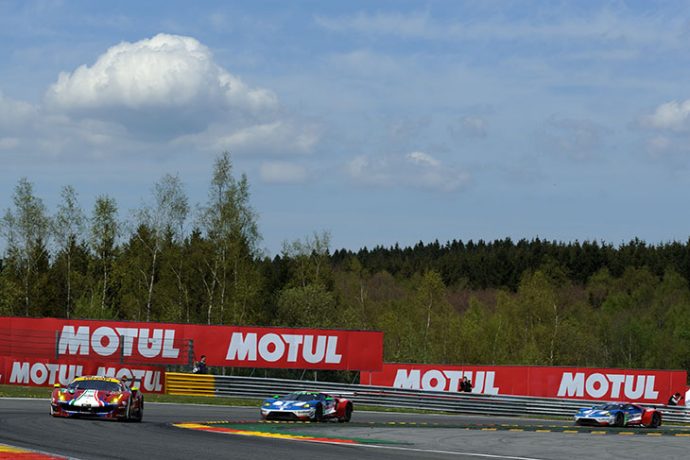 After the first round of stops the #66 Ford emerged in the lead, with the #51 second and the #71 rounding out the top three. Following the stops Tincknell stopped out on track at Eau Rouge after stalling in pit lane, costing the #67 valuable time, it now sits eighth in class. The #92 and #91 Porsches were promoted to fourth and fifth as a result of the Ford’s misfortune.

GTE Am has been dominated thus far by the #98 Aston Martin Vantage, after a strong first stint from Pedro Lamy. Behind, the only action came midway through the hour when Francesco Castellacci took second off the Dempsey Proton Porsche of Christian Reid which is now third. 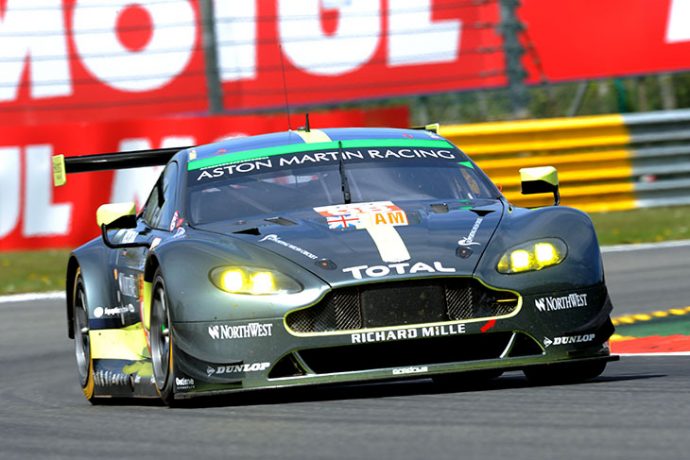