This weekend the ELMS returns to Monza for a race for the first time since 2008. A lot has changed since then, but the ELMS is a strong series still, and the new LMP2s, a strong LMP3 class and a quality GTE field have all the makings of a great pre-Le Mans contest for the 17 crews which are making the trip to La Sarthe next month.

Here’s a look at the key players and changes in each class:

In the LMP2 class, 12 cars will line up, with many of them having a legitimate shot at the win.

Last time out United Autosports (above) took the spoils and stunned the field in the closing stint of the race, which saw Filipe Albuquerque track down and pass Ryo Hirakawa in the G-Drive Racing by DragonSpeed Oreca to win the race.

Albuquerque’s teammates Will Owen and Hugo de Sadeleer still have much to learn, but their performance at Silverstone was very encouraging

Albuquerque’s teammates Will Owen and Hugo de Sadeleer still have much to learn, but their performance at Silverstone was very encouraging. It’s hard count them out for taking a second win on the bounce to start the season here.

G-Drive Racing by DragonSpeed, and the DragonSpeed Orecas will both be looking to prevent that from happening though. In Qualifying at Silverstone Ben Hanley impressed mightily by scoring Pole Position before mechanical woes resulted in a distant 10th place finish. 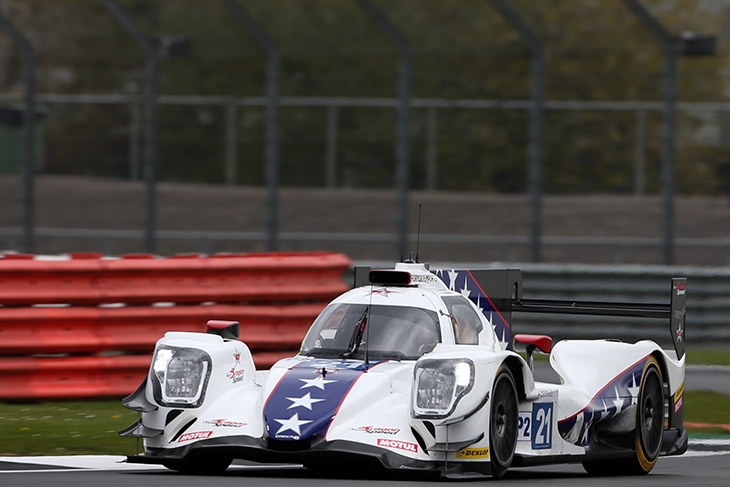 The #22 G-Drive entry meanwhile, came home second, Ryo Hirakawa, Leo Roussel and Memo Rojas making a statement as championship contenders. Had the tyres not faded late on (they were down a set after Hirakawa’s costly error in Qualifying) they would likely have crossed the line first.

Another outfit which impressed was High Class Racing, Anders Fjordbach and Dennis Andersen scoring the Dallara P217 its first ever podium in its European debut. The Danish outfit, while new on the scene, looks capable of good finishes throughout the season.

And with gentlemen driver Andersen having already driven the Dallara around Monza at the Prologue, is another head-turning performance possible here? 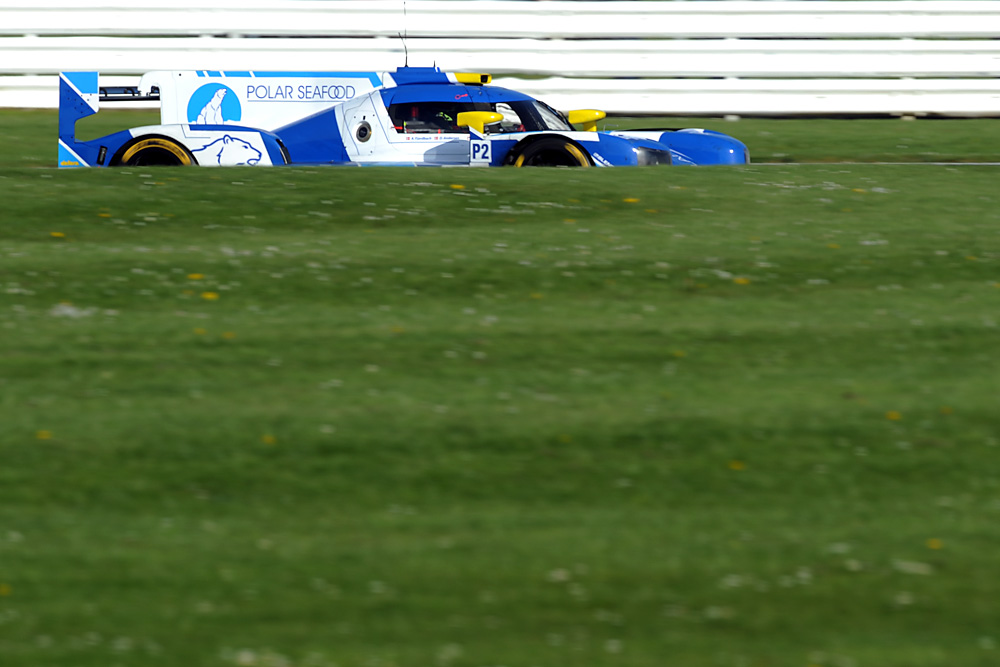 In the ‘don’t count them out’ camp, Graff’s #40 Oreca of Richard Bradley, James Allan and Franck Matelli showed flashes of real front-running pace in the race, and the Cellar Villorba Corse team will be looking for success on home soil.

After a trying weekend in Spa, Tockwith Motorsports will be looking to bounce back this weekend ahead of Le Mans, Phil Hanson, Nigel Moore and Karun Chandhok – even with limited experience together – look to be in the conversation for a solid points haul should the team have a clear run without hiccups. 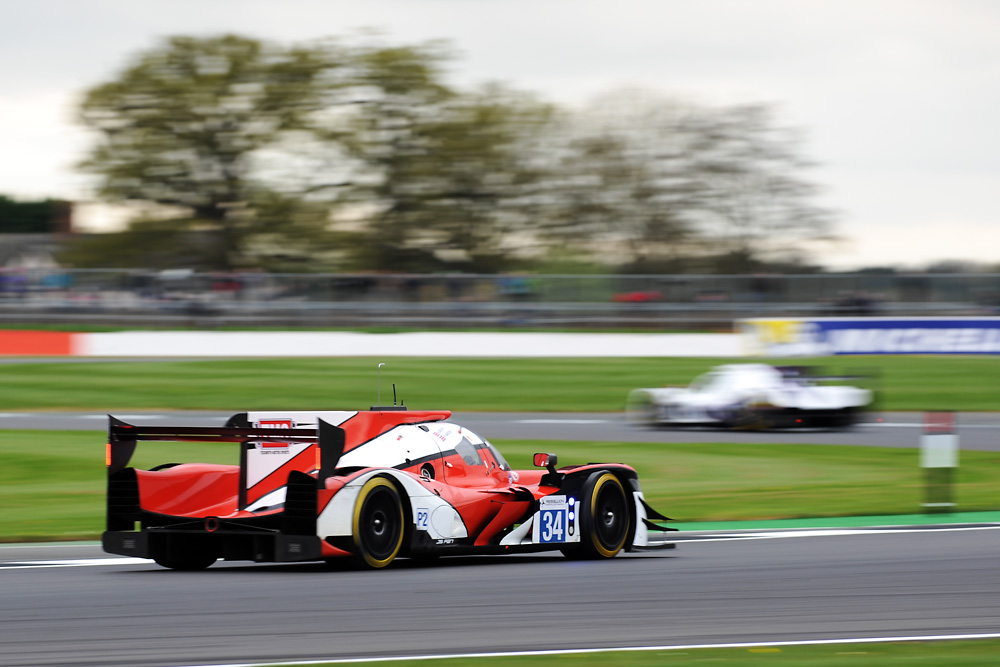 While there’s no new teams entered here, there is one driver which is still a TBC. Matthieu Vaxiviere, who after injuring himself in training, had to miss last weekend’s WEC race at Spa, and will miss the trip to Monza this week with Panis Barthez Competition, the French team still yet to name a replacement.

LMP3 once again features a large, high class field of 17 cars, 15 of which are Ligier JS P3s. Once again the only exceptions are the YMR and Oregon Team Normas.

In the opener, United Autosports’ proved to be the class of the field once again, with John Falb and Sean Rayhall finishing a lap ahead of the other runners. 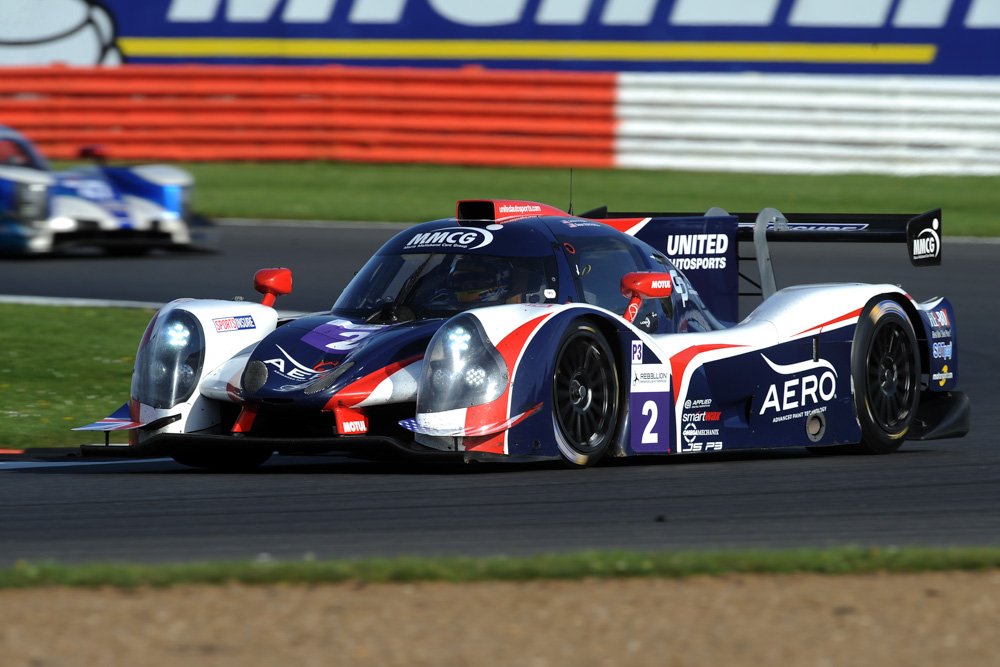 The sister car came home third and could be just as strong with Mark Patterson, Wayne Boyd and Chrisitan England.

Second on the results sheet was the Ultimate Ligier which with Jean-Baptiste Lahaye and Mathieu Lahaye impressed mightily – a big step forward from 2016. As did the AT Racing squad that narrowly missed out on a podium after a fine drive from Alexander Talkanitsa, Alexander Talkanitsa JR and Maurizio Mediani in what was a typically frantic LMP3 ELMS contest.

The Norma M30 has the speed, but it remains to be seen if either of the two teams are able to unlock its pace at this early stage

Duqueine Engineering,M.Racing by YMR, RLR MSport, Inter Europol and 360 Racing were amongst a raft of podium challengers at one point or another -the form book might well turn another page or two this weekend.

The only Italian team racing on home soil in the class is the Oregon Norma, which had a tough time at the Prologue, when the car suffered a heavy shunt at Ascari. The Norma M30 has the speed, but it remains to be seen if either of the two teams are able to unlock its pace at this early stage. 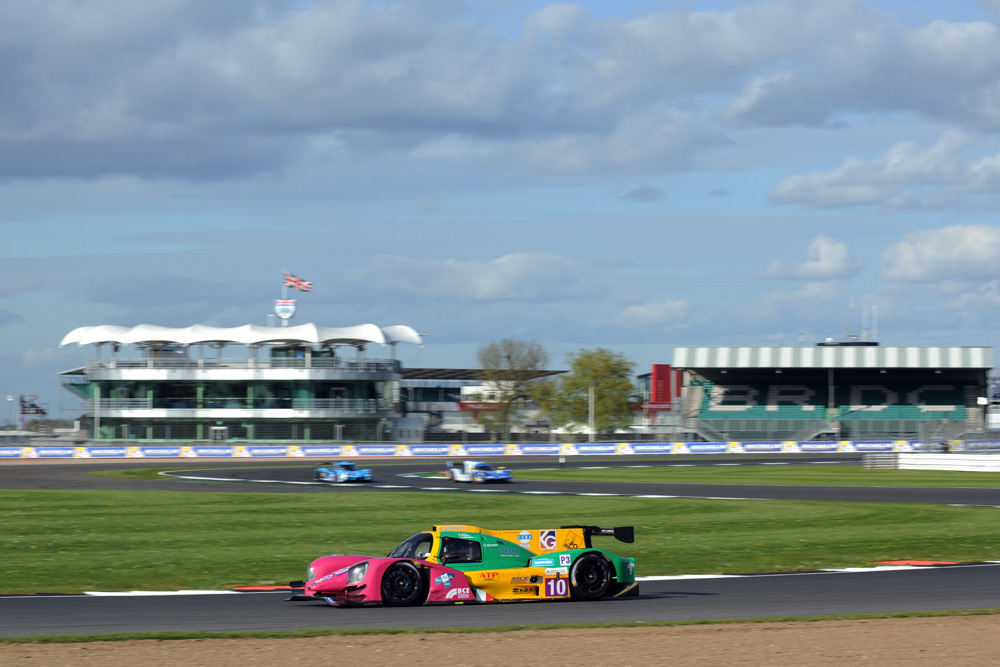 The GTE class could well be the one to watch at Monza. With an already good full-season entry of six cars, Larbre Competition enters the fray, adding further variety with its Corvette C7.R, that it is looking to get some solid running with ahead of Le Mans.

Driving for the French team is the Bronze-rated duo of Christian Philippon and Romain Brandela. A good result is unlikely when the factory-level talent in the other cars is considered, but it may well end up in the mix at times, and will – as usual – be a fan favourite. 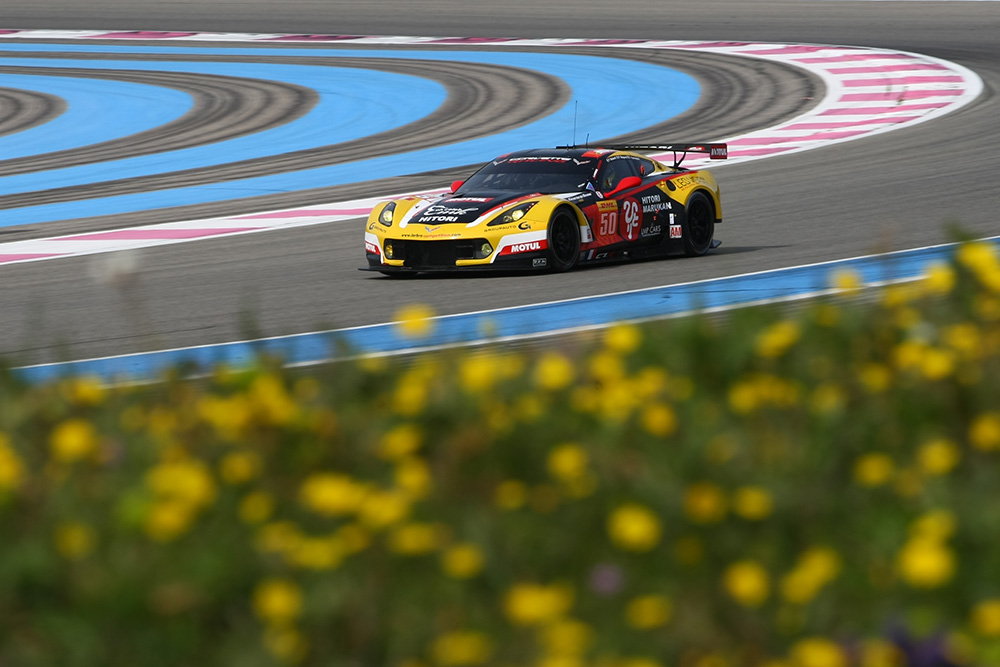 Elsewhere in the class, TF Sport look to be the favourites for the title after a dominant run to the win at Silverstone, and Beechdean’s combo of Ross Gunn, Darren Turner and Andrew Howard should prove to be a challenger. Gunn was the fastest of the three at times during the Silverstone weekend, Turner has a ridiculous amount of experience, as does Andrew Howard, who let’s not forget completed a full GTE season last year, which included Le Mans.

However, it may not be as easy for TF and Beechdean in Italy. The BoP change ahead of the race has seen the Vantages reeled in. It will be interesting to see how they fare, seeing as the WEC Am Vantage didn’t receive any sort of penalty for its speed, and went on to win at Spa. 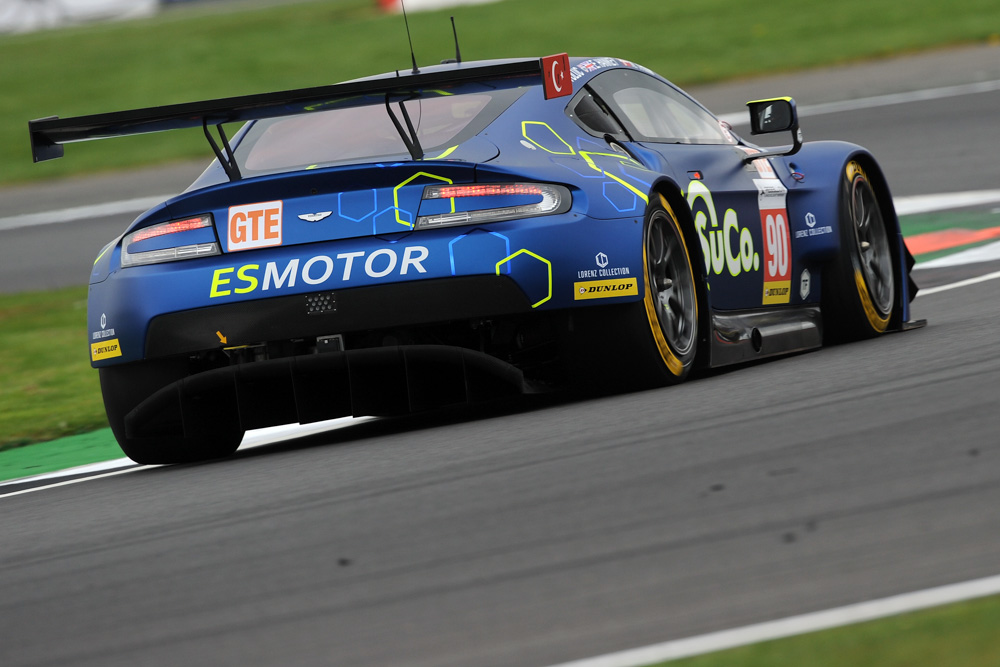 This leaves the three Ferraris and Porsche. The strongest of which appears to be the #55 488 of Duncan Cameron, the rapid Matt Griffin and Aaron Scott after the first race. It must be said though, that Giorgio and Gianluca Roda sharing with Andrea Bertolini in the #51 is very much a capable trio.

It seems unlikely that JMW’s old 458 Italia will be able to take wins against the newer, turbo-powered Ferraris – a podium though, is achievable. The exceptionally talented, but often overlooked Jonny Cocker is returning to the series in the car, and with Rob Smith and Jody Fannin, makes for a combination to keep an eye on.

The exceptionally talented, but often overlooked Jonny Cocker is returning to the series in the car, and with Rob Smith and Jody Fannin

Cocker is replacing Rory Butcher for this weekend, who is racing at Silverstone in Blancpain. DSC understands though, that his status within the team is unclear going forward. 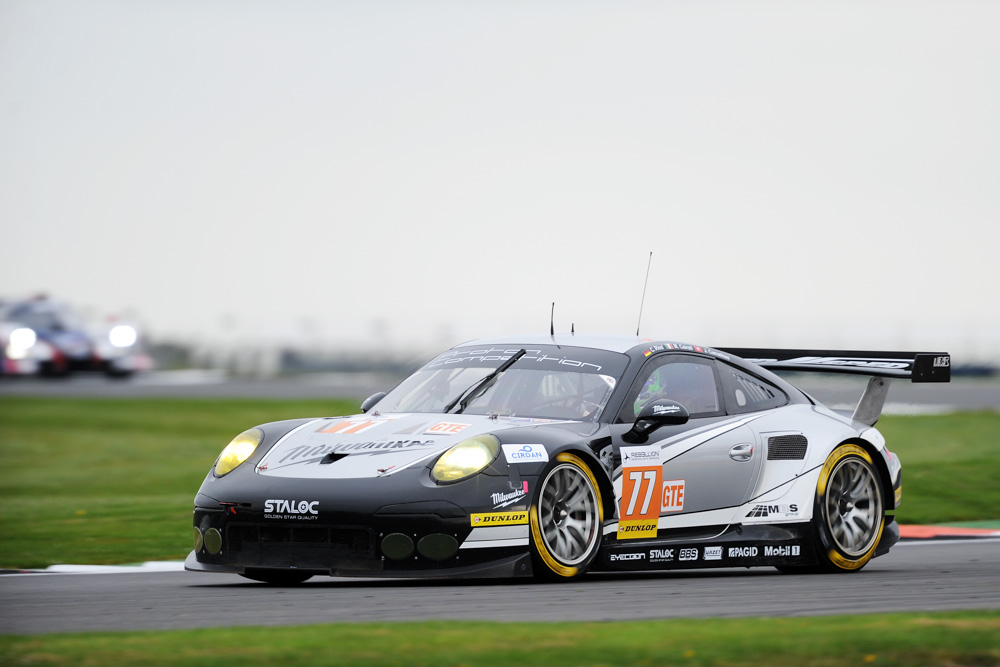 The single Proton Porsche could well turn heads though, despite being an older model. Dempsey Proton in the WEC had a solid run to second, partly due to a mega performance from Matteo Cairoli – who is in the ELMS lineup with Christan Reid and Joel Camathias – the Italian already looking like a star, with head-turning pace.