DKR Engineering’s Norma M30 led the way in the opening Free Practice session of the 2017 Michelin Le Mans Cup season at Monza. The best time in the car came from Jean Glorieux, the Frenchman setting a 1:47.000.

Toril’s time was three tenths clear of the next best lap set by Nielsen Racing’s Colin Noble, the Britain’s best tour in the team’s JS P3 a 1:47.305. Third fastest was the KEOracing Ligier of Yoshiharu Mori and Scott Andrews. The Australian’s best time in the handful of laps he completed was a 1:54.802, an impressive showing for the Monza newcomer, who’s drive for the weekend was only confirmed a week and a half ago.

Just outside the top three was the Spirit of Race and United Autosports’ Ligiers in fourth and fifth overall, nine and 1.7 seconds off the fastest time in the session respectively.

The best of the five GT3 runners meanwhile, was the Optimum Motorsport Audi R8 LMS GT3 of Joe Osborne and Flick Haigh. 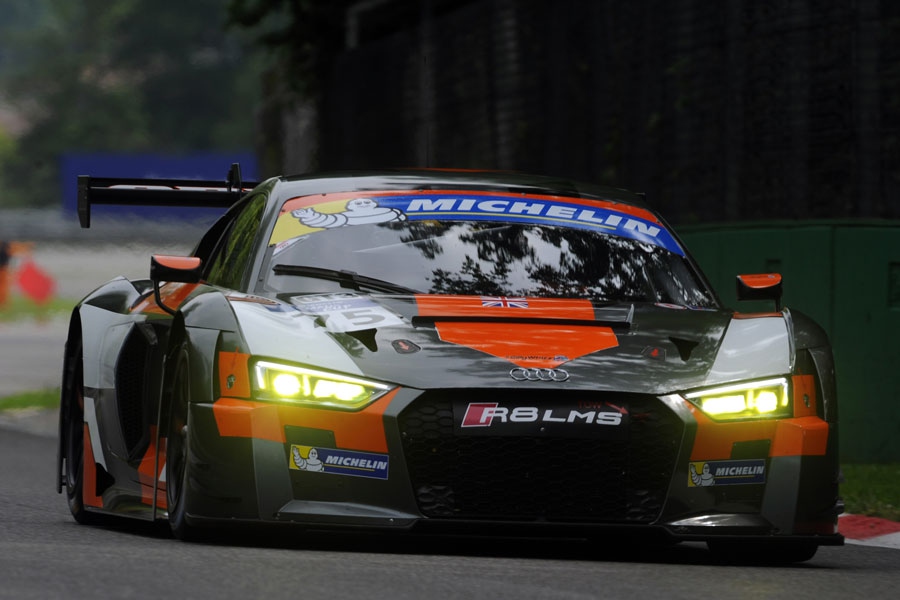 Haigh went fastest in the car, setting a 1:50.992, and was just under a tenth quicker than the Ebimotors Lamborghini Huracan, which ended the session with a 1:51.030. Third in the class was the Ram Racing Mercedes, Tom Onslow-Cole setting a 1:51.133.

Early on the RLR M Sport Ligier of Alex Kapadia stopped out on track at Parabolica after its brakes locked following a master cylinder failure, the Lee Mowle Mercedes suffered a fire in the pit lane as Phil Keen pitted, later traced to a missing O-ring in the fuel system allowing fuel to leak, and the #23 Gulf-liviered United Autosports Ligier needed recovery from the gravel after suffering a left rear puncture with Shaun Lynn at the wheel, the car suffering mild rear bodywork damage.

Free Practice 2 for the Le Mans Cup series is set to start at 14:40 local time at Monza.