Ahead of this year’s Nürburgring 24 Hours, the methodology by the race organisers to check the ride heights of each competing car has come under scrutiny from various members in the paddock.

Have you already seen the ride height measurement in the pitlane? Lot of discussions about it #24hNurburgring #24hRingLiebe pic.twitter.com/l522tVJYUq

The system, which utilises a fresh piece of tarmac and a roller in the pitlane (pictured above courtesy of Auto Motor und Sport’s Bianca Leppert). Multiple teams are questioning whether or not the chosen method is accurate, with hot weather expected and tarmac involved in the process making it a somewhat temperature-sensitive medium.

Whether or not its durable enough to last the entire weekend too has been questioned, every car having to drive over it each time they enter the pits.

Both Audi Sport Team Land and WRT have yet to decide on their tyre choice for the Nürburgring 24 Hours. The two factory-supported outfits have been trailing both Dunlop and Michelin rubber during the on-track action so far in the different conditions, with firm decisions likely to be made later today. 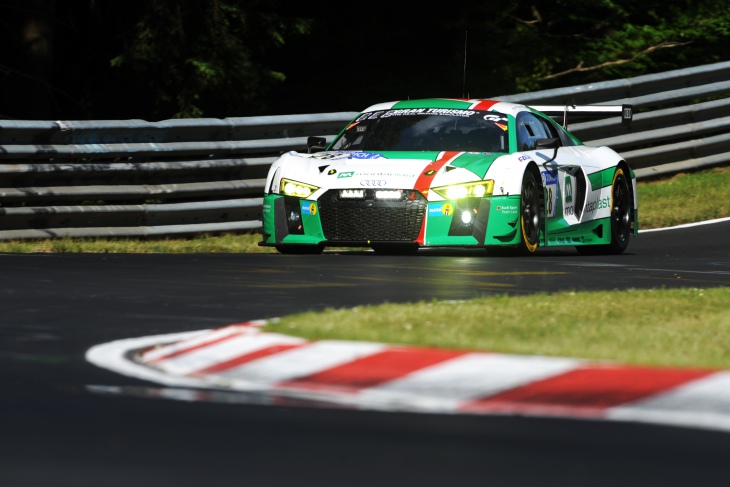 Audi is the only manufacturer doing this in the SP9 class, with the Mercedes, Bentley, Ferrari, Porsche, Lamborghini and BMW teams having all chosen their tyre partners prior to the race.

The teams have to fill in a document for the race organisers specifying which tyres they will use for the race this afternoon, though theoretically WRT and Land could choose both brands on individual cars. Whether or not they would though, and use a mixture of tyres during the race remains to be seen.

The #33 Falken Motorsports BMW M6 GT3 has received a 10-place grid penalty after Qualifying for failing to comply with the ride height regulations. The car was running too low in Qualifying 1.

Notably, Peter Dumbreck, Stef Dusseldorp, Marco Seefried and Alex Imperatori are among the 18 driver crews which earned a spot in the Top-30 Qualifying session prior to the event.

The #35 GTRonix 360 Renault R.S.01, #34 Car Collection Audi R8 and #38 Bentley Team Abt Continental have also received grid penalties. The #38’s is a three-place penalty, not for a ride-height infraction, but because the car clipped the roller with a wheel when coming into the pits.

Konrad Motorsports has confirmed that the quartet of Marco Mapelli, Hendrik Still, Christian Engelhart and Dominik Farnbacher will drive the team’s Lamborghini Huracan GT3 in the Nürburgring 24 Hours. 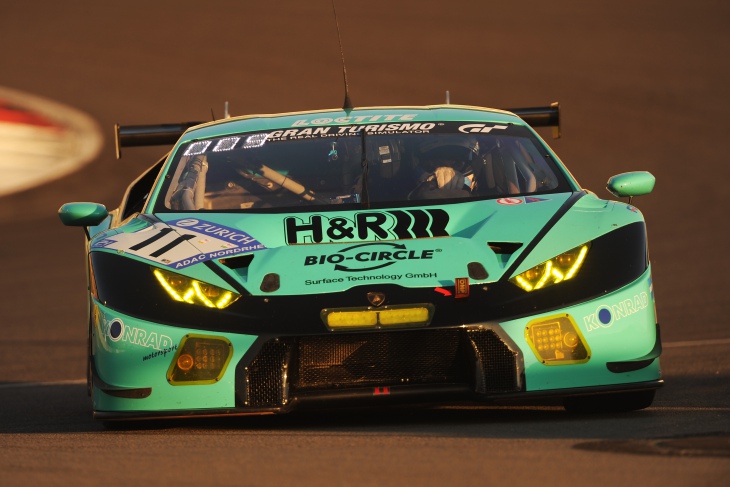 Prior to the weekend just Mapelli and Still were confirmed on the entry, with Engelhart and Farnbacher late additions to the team’s lineup.

This means that Farnbacher will be on double-duty across two circuits this weekend. The German is still entered to race the Farnbacher Racing Lexus RCF GT3 in the GT Open meeting at Spa Francorchamps this weekend.

Among the interesting rules for this year’s race, the race organisers have decided to impose a ‘Sandbagging’ rule which can be enforced during the 24 Hours. The regulation reads as follows:

“The Clerk of the Course, in coordination with the Stewards, reserves the right to impose an increase of the car minimum weight by up to 50 kg during the race in cases of obvious deviations from the valid BoP as well as on the basis of Art. 1.3. The General Technical Regulations of Art. 6 in the 24h Supplementary Regulations are applicable to accommodate the additional weight.

“The accommodation of the additional weight may be combined with a scheduled pit stop if in the presence of a Scrutineer.” 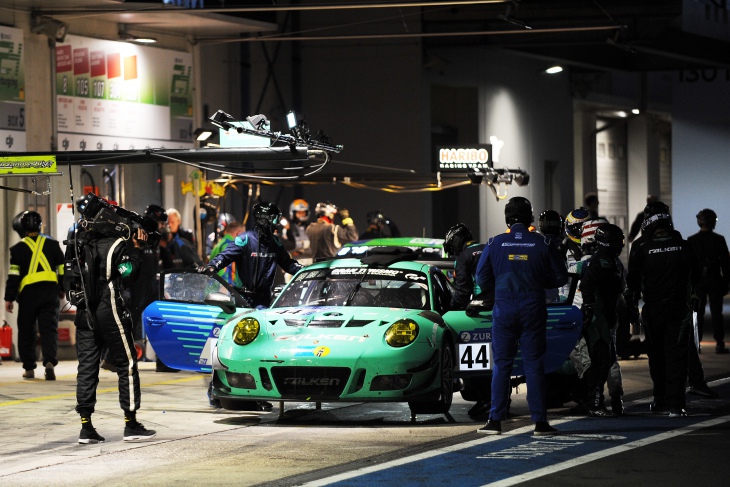 For the start of the race, the minimum time will be decided by the lap in which you pit for the first time, while at the end, it will be determined by the amount of minutes remaining within the final 69 minutes of the race.