Following yesterday’s Top-30 Qualifying session, in which five Audi R8 LMS GT3s finished in the top 10, the race organisers have decided to adjust the BoP once again ahead of the race.

The significant change this time is an extra 10kg being put in the SP9 class Audis.

Plenty of drivers are doing double duty this weekend, racing in two cars during the race. One of them is Audi Sport Team Land driver Connor Di Phillippi, who is driving both the team’s R8s this weekend. 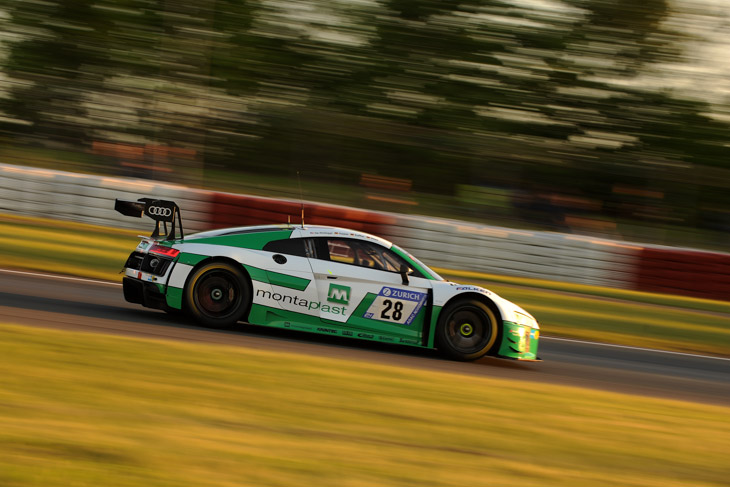 “The #28 will be his home car, the #29 will be mine, so effectively we have three driver lineups. At some point during the race we will swap cars to get my minimum drive time in the car, which I believe is three hours. But my main focus will be the #29 with Markus Winkelhock and Kelvin van der Linde.

“The Nordschleife is a special place, and you want your experienced guys spread across. All of our guys work together well, from a fitness point of view it’s fine too.”

In addition to De Phillippi, and the multiple other double-duty drivers, Dominik Farnbacher is an exceptional case. Farnbacher, who is in the Konrad Motorsport Lamborghini for the N24 will also be racing in the International GT Open meeting at Spa in a Lexus RCF GT3. He will compete in both races in Belgium, and race during the night in the N24 to fulfil both commitments.

After running on both Dunlop and Michelin tyres during the week’s on-track running, both Audi Team Land and WRT have opted to race on Dunlops this weekend with their R8 LMS GT3s. 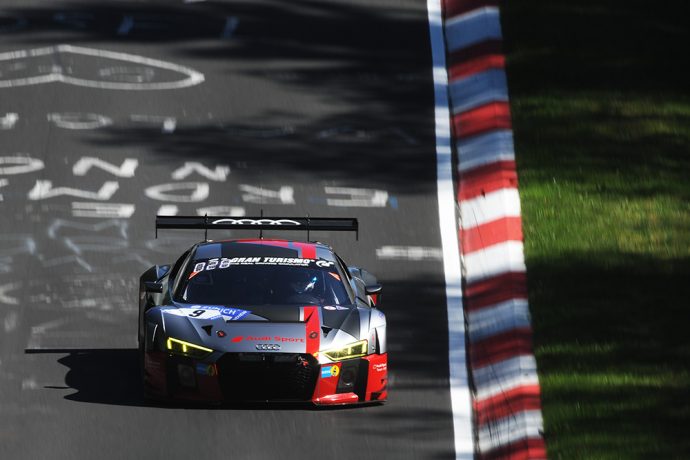 WRT boss Vincent Vosse discussed the reason behind the Audi teams being indecisive heading into the race with DSC:

“Let’s say that it is a customer tyre rule, you can go now and buy Pirellis or whatever you want,” he explained. “As long as you don’t have any contract with a manufacturer, I don’t see any reason why you should not try to get the best two your car, and that’s exactly what Audi is doing.

“It’s an Audi decision but I fully agree. I have good relationships with Tyre manufactures and you are working to make a car better and this situation has made it difficult. It’s how the rules are though, I don’t think the organisers wanted to be in this situation.

“We have read the rules, and Audi is doing it because it’s open. In the past with confidential tyres, the manufacturers always had a deal with tyre companies, if you don’t have a deal, like we don’t now, and your goal is to win, why not try out your options until the last moment?”

Following Jesse Krohn’s off in the Top-30 Qualifying session yesterday, driving the #20 Schubert Motorsport BMW M6 GT3, the team has been able to repair the car, ensuring it can take the start. The car went out in this morning’s Warm Up session. 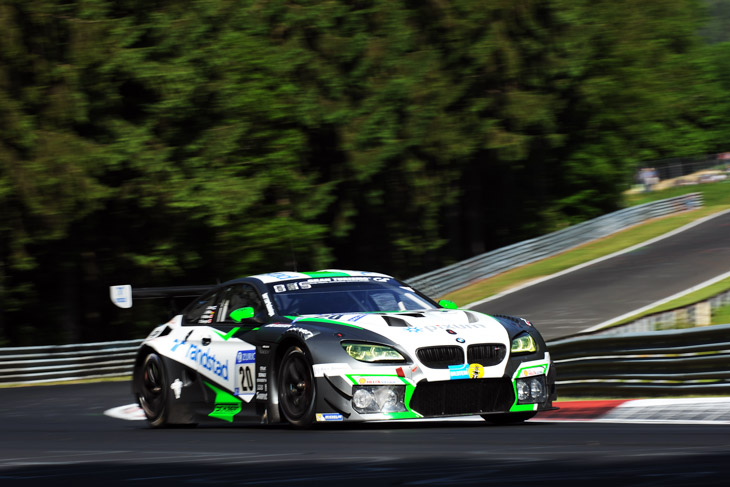 There have been some cars that have official withdrawn from the race however, outside of the #100 Walkenhorst BMW following its shunt (discussed below).

The #302 Muehlner Motorsport Porsche Cayman, the #164 Rent2Drive Renault Megane (shunt yesterday), the #105 AT-class Ford Focus will not take the start, while the #39 Sort Rennsport BMW 325i is an unknown, it went out in Warm Up but is not on the grid.

Walkenhorst driver Nico Menzel, who was due to drive the #100 Dunlop art car BMW M6 GT3 in the race, has released the following statement regarding the incident which has prevented the car from being able to compete, on his Facebook page. (Translated)

“So before everything started, it is already over. In Qualifying, after I had an accident, we can not start the race. It was 100 percent my fault – certainly the stupidest thing I have in my racing career so far have done. I can’t apologise enough of the whole team, my teammates and all our fans & supporters, just unbelievable bitter for everyone.

“Now it up to our #101 Walkenhorst sister car and the rest of the BMW M6 GT3s fingers crossed!”

You can follow the entire 24h Nürburgring live on Radiolemans.com, and at the official event website. The race starts at 15:30 local time in Germany.

Also, keep checking DSC throughout for reports and analysis until after the flag tomorrow.