Jeff Westphal leads the 2017 Nürburgring 24 Hours after one hour of racing in the SPX-leading #704 Traum Motorsport Glickenhaus SCG003C. It wasn’t an easy ride for the American Pole-sitter however, with WRT’s Rene Rast snatching the lead briefly in first run through traffic.

Behind at the end of the hour was the #10 WRT Audi of Nico Muller (after Rast pitted the #9 sister WRT R8 just before the hour mark). The top three was completed by the #29 Land Motorsport Audi of Kelvin van der Linde after a frantic opening to the race. 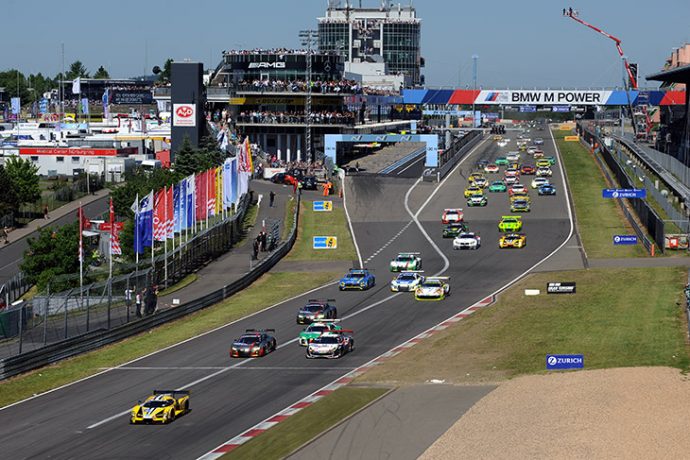 At the start, into the first corner, Jeff Westphal in the Pole-sitting Traum Glickenhaus led with the #9 WRT Audi of Rene Rast right behind after starting third.

The main car making progress was the Wochenspiegel Ferrari of Oliver Kainz who moved up from fourth to third, getting past the #29 Land Audi of Kelvin van der Linde, who later slipped to fourth behind the first of the WRT Audis (#10).

By the end of the first lap the Ferrari had slipped back into fourth though, with Nico Muller getting past the 488 down the Dottinger Hohe, the Audi looking faster in the tow.

Rounding out the top five on the first lap was eventually the #29 Land Audi, after van der Linde fell back another place while the second and third batches of starters crossed the line.

At the end of the second lap, the leading pack had already began slaloming through the back-markers, allowing Rene Rast to pounce on Westphal and take the the lead of the race for WRT while running three-wide.

Westphal didn’t allow Rast to run off though, with the lead margin just four tenths by the end of the lap and just 1.1 seconds a lap later. Lap 2 also claimed the race’s first notable victim, with the #12 Manthey Porsche of Otto Klohs coming into the pits for repairs.

Shortly after the first collision (caught on camera) was shown, with the #61 Gigaspeed Porsche Cup car tagging the #118 Clio at Hatzenback. It bunched up a train of cars, which caused the #34 Car Collection SP9 Audi R8 to get rear-ended by another Clio, forcing the team to bring it in after limping back to the pits.

The lead then changed midway through the third lap, with Rast caught napping behind a slower car by Westphal, who flew past the lead WRT Audi round the outside, giving Traum and Glickenhaus the lead once again!

Behind, Nico Müller (#10 WRT) and Kelvin van der Linde (#29 Land) were still scrapping for third, the Land Audi unable to get a tow good enough to take the final podium spot even after four laps of trying.

The #5 Phoenix Audi of Frank Stippler was up to fifth, with Kainz dropping back to sixth after a promising start in the Ferrari. 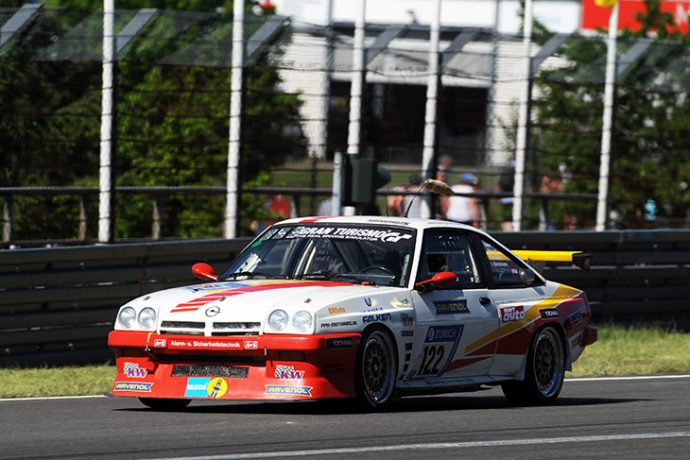 Notably, further back the #122 Kissling OpenManta was forced into the garage for a brief check up just 40 minutes into the race with mechanical issues, as the leaders began to come in for their first regularly scheduled stops, Rast coming in after six laps, the first of the leading pack.

The hour ended during the first pit cycle.