Ledogar to sub for Hezemans at Strakka

McLaren GT factory driver Côme Ledogar is set to step in to the re-numbered #43 Strakka Racing 650S GT3 alongside fellow works driver Jonny Kane this weekend in the Blancpain Sprint Cup at Zolder. The Frenchman replaces regular Loris Hezemans, commercial difficulties believed to be behind his departure.

The team is responding to an astounding run of poor luck, re-numnbering the car, which to this point, has not raced with the same chassis at for more than a single race this season.

This means that after this weekend, Ledogar will have raced at the Bathurst 12 Hour and in the Australian GT Championship, International GT Open, Blancpain Endurance Cup and Blancpain Sprint Cup for McLaren so far this year.

Blancpain GT Series Asia’s race-by-race Japanese entries gets another boost after ARN Racing confirmed its participation in both of the championship’s upcoming rounds at Suzuka and Fuji Speedway.

Hiroaki Nagai and Kota Sasaki currently contest their home nation’s Super Taikyu series aboard a Ferrari 488 GT3, and that same combination is now set to battle the best their continent can throw at them.

They’ll be joined on Suzuka and Fuji’s grids by two domestic ST-X class rivals, CarGuy Racing and D’station Racing, both of which have already announced plans to compete in Blancpain GT Series Asia’s inaugural Japanese events against the regular full-season entry. Further local team and driver announcements are expected to follow.

ARN Racing team owner Nagai has contested a variety of GT categories since 2012, including Porsche Carrera Cup Japan and Super GT’s GT300 category. Indeed, it’s in the latter that he and Sasaki currently race a Toyota Prius alongside their Super Taikyu commitments.

Following events in Malaysia and Thailand Blancpain GT Series Asia now heads to Suzuka on June 24/25 for the first two 60-minute races of its Japanese double-header. Fuji then hosts the championship on August 19/20 before two rounds in China – Shanghai and Zheijiang – bring the inaugural campaign to a close.

The overall winning drivers of British GT’s blue riband Silverstone 500 race will lift a historical piece of silverware next weekend following the unveiling of the event’s new standalone trophy. 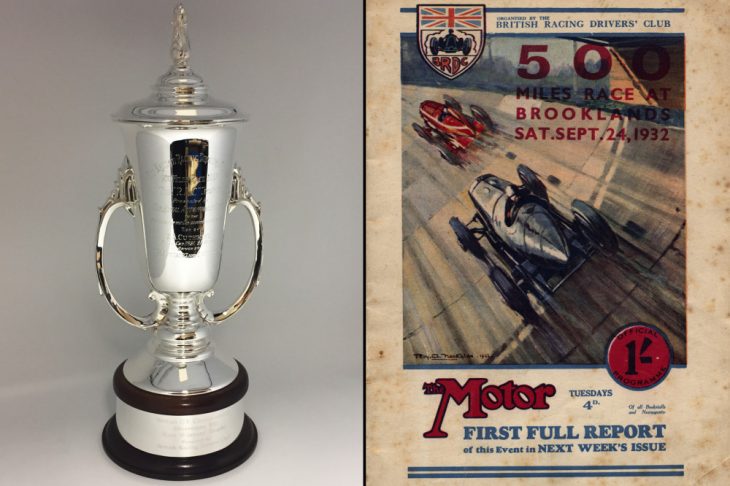 British GT organisers announced the prize at the end of 2016 and have since worked closely with Silverstone’s owners, the British Racing Drivers’ Club, to identify a suitably significant piece of silverware. Its archive contains many such examples but, together, the BRDC and SRO Motorsports Group have selected the ‘RAC Trophy’ that was previously awarded for a 500-mile race at Brooklands on 24 September 1932.

Back then it was common practice for prominent sporting bodies and organisations to sponsor individual awards. The Royal Automobile Club was no exception and presented its cup to BRDC Member William Alexander Cuthbert and his co-driver Cecil Wingfield Fiennes who finished fourth in 1932’s race driving a Riley 1100.

Almost a century ago the ‘500’ was considered one of the BRDC’s and Brooklands’ showpiece events. Indeed, Motor Sport Magazine’s season review, taken from its December 1932 issue,  described it as “one of the finest races staged at Brooklands in years,” and “The ‘500’ added still further to its reputation as the finest race of the year at Brooklands.”

But when the circuit was requisitioned on the eve of WWII and subsequently sold in 1946, so the Club’s attention switched to another RAF base: Silverstone.

British GT has staged its own version of the ‘500’ there since 2012, which The Home Of British Motor Racing is now keen to formally recognise as a flagship event in its annual calendar. As such, this year’s race weekend will feature a prominent ‘Supercar Sunday’ display as well as family entertainment, open paddock, free grandstand access and pit walk.