For its 24th time competing at the Le Mans 24 Hours, Larbre Competition has decided to present an art car, dubbed “Human” on its LM GTE Am entered #50 Corvette C7.R, the car painted by artist and painter Ramzi Adek.

Ramzi Adek, how did the “Human” project come about? 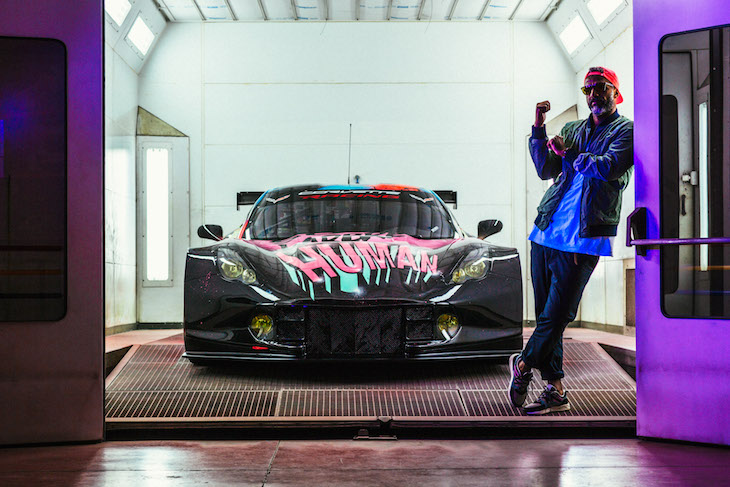 Romain Brandela, who knew about my work through a mutual friend, contacted me to produce a spectacular livery for the Corvette C7.R that he was going to race at the 2017 Le Mans 24 Hours. Straight away, I liked the idea as it reminded me of images and memories from when I was a kid, when we would go to a toyshop and run to check out the latest toy cars with their incredible designs. Although I do not have a great knowledge of motorsport, I love nice things and racing cars are certainly part of that. With “Human”, I wanted to design a livery that kids and their parents dream of.

Did you have ‘carte blanche’?

Romain gave me key words that I adapted visually into my pop art style. The main idea of the project was to create a flow of power and strength, which will carry the drivers through the Le Mans week. Straight away, I wanted to give the livery an aggressive identity to make an impact and show that Larbre Competition was not coming to La Sarthe to make up the numbers.

This is my culture! I lived in the US and I was inspired by the warmth and enthusiasm of comics with DayGlo colours and striking onomatopoeia. These are in fact messages directed to the rivals of Larbre, when the Corvette C7.R overtakes another competitor, he will get a “BOOM” right in the face! There is a slight ‘taking the Mickey’ element, like a boxer who is winding up his opponent in the ring. 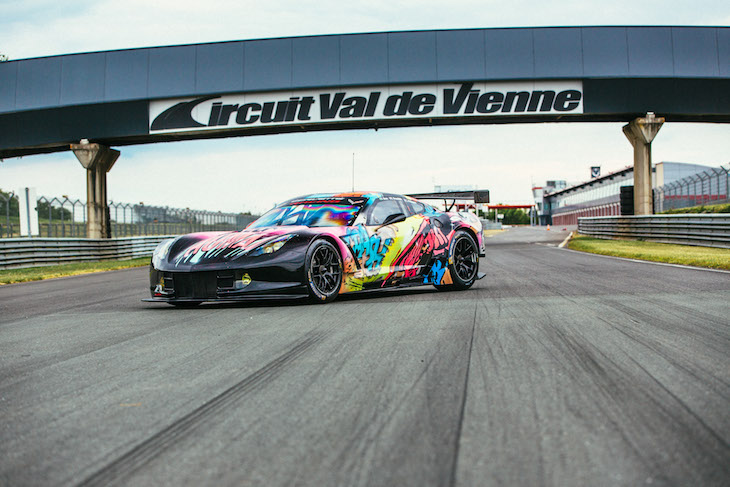 Can you please explain the various elements which make up this visual painting?

All are parts of the same story and are linked by the common thread mentioned earlier: to make super-powers available to the drivers in their quest for success at Le Mans. For example, the plane on the roof signifies power, whilst the shield provides protection against the attacks from other cars.

And the female’s face?

There are always women in stories! But this heroine follows the same design concept: her face is determined and has a strong character. She is not there for the story to be written without her. She has a self-assured expression, like drivers assert themselves on the track to play the leading roles. In a way, the car also has its own identity, a bit like KITT in the K-2000 series.

Absolutely! The DayGlo paint on the race car will light up in the dark, to give its drivers some positive energy. The night is also a recurring theme with superheroes, who often assume their alternate identities once the sun goes down. 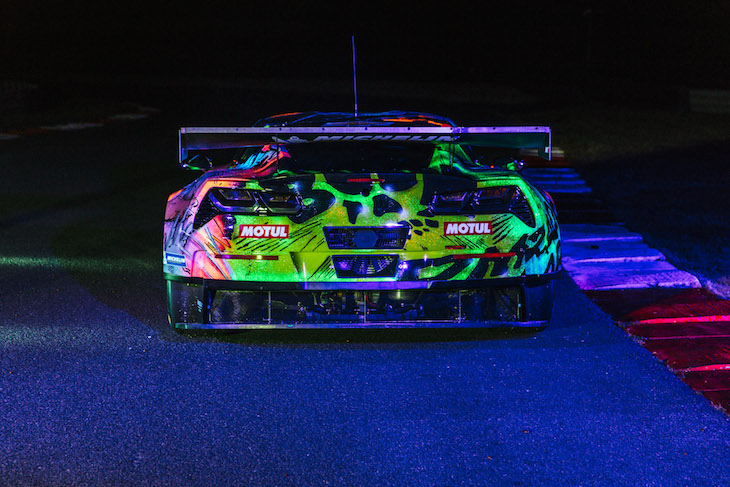 Super-heroes, a car which has its own identity, so why the name  “Human” for this Art Car?

Because we always come back to the human side of things. Everybody brought their share to the ‘Human’ project and likewise, Le Mans is a team effort that requires men and women to work together and give their all under enormous pressure. Personally, I had a lot of pleasure working on this project. As a painter and sculptor, I always try to provoke emotions and sensations, and Larbre Competition’s Corvette C7.R is the perfect medium for this.